Will Readers Ever Trust Native Advertising?

Native advertising is booming, but that doesn’t mean there aren’t some important questions still left unanswered for the controversial ad format. Most of these concerns revolve around one key concept: consumer trust.

These findings are consistent with Contently’s own data from a survey last year. We discovered that 54 percent of readers don’t trust sponsored content, and that two-thirds have felt “deceived” upon learning that a piece of content was brand-sponsored. Fifty-nine percent believed that news sites lose credibility when they run content for brands.

In the meantime, spending on native ads is expected to increase by nearly 35 percent in 2015. How can brands ensure that their content will be well received by readers?

“A brand must provide real utility by informing, educating, and entertaining,” says Ben Young, CEO of native ad analytics platform Nudge, a product of New Zealand-based digital agency Young & Shand. But marketers can’t achieve this without first understanding their audience’s mindset. By drilling deep into what kind of sponsored content consumers prefer, publishers and brands can get the insight they need to optimize current campaigns—and inform future ones.

“We’re quite early in the industry,” says Young, “but I think [brands] are going to get to the point where they look at the numbers and evolve to embrace this as a new best practice.”

BuzzFeed has tackled this challenge by polling its readers on behalf of clients like General Electric. Partnering with Nielsen Online Brand Effect, BuzzFeed found its GE native ad campaign lifted consumers’ perception of GE as an innovative and inspiring brand. The publisher has worked with advertising measurement firm Vizu in a similar capacity.

At women’s lifestyle site Refinery29, the dedicated Brand Experiences team, which produces the company’s sponsored content, works with its sales and marketing experts to achieve the same result. “Our team is able to leverage editorial thinking [along with] incredible insights and analytics,” says Neha Gandhi, VP of editorial strategy at Refinery29. “We get to really understand our core readers and what kinds of stories resonate with them—and what kinds don’t.”

In its “Native Advertising Playbook,” the Interactive Advertising Bureau (IAB) emphasizes that native content must use language that communicates sponsorship, along with visual cues large enough to be noticed by consumers on any device. Because native ad content is specific in appearance to the site on which it runs, consistent and clear labeling has always been a stumbling block.

“Brands want effective disclosure,” says Young, because without it, brand recall is a lost cause. But native ad transparency shouldn’t be limited to labels alone. Nudge advises publishers to educate their readers—ideally when they first introduce native content on their sites—about the format and what to expect.

Young, on the other hand, thinks that an initial post often isn’t enough. “Some have written blog posts to explain it, but as a reader, why would you read a post about advertising standards?”

His recommendation is to incorporate a disclosure into the content itself, similar to the caveats publishers post when cookies are being used for tracking. “When you think about how you use a site, you land on the article and your eyes go straight to the content,” Young says. If sponsored content labeling falls outside the boundaries of the story, it can be easily missed.

In a study Nudge conducted on disclaimers in native ads, it found that disclosers within the content increased a reader’s ability to accurately identify a paid post as an ad by up to 89 percent. “Consumers are reasonable people,” Young says. “It’s about communication, and it isn’t overly hard to do.”

It’s a sentiment echoed by Stephanie Losee, managing editor at Dell, which has twice run branded content in The New York Times. “Audiences don’t need or want to be tricked. Metrics show audiences click on and share great content, no matter who pays for or publishes it.”

Sponsored content may not be objective reporting, but many newspapers are claiming to create “highly original and credible content.” In 2014 The New York Times, the Guardian, and The Wall Street Journal all launched content studios to produce brand stories that live within their sites, and the results have been impressive.

For these publishers, producing a quality product is paramount. At Guardian Labs (of the Guardian), brands partner with both editorial and multimedia crews. T Brand Studio (of The New York Times) staffs journalists that Sebastian Tomich, the company’s VP of advertising, says “could go and work on any editorial team.”

Not all native content is quite so polished. As we reported last fall, Gigaom has struggled to strike a balance between thoughtful sponsored posts and brand briefs that don’t deliver much in the way of value to readers. But in spite of all the setbacks, quality is proving itself to be a hallmark of successful sponsored stories.

“When a reader sees a beautiful, compelling, useful story that was produced in partnership with a brand, they really get something out of it, and so does our brand partner,” Gandhi says. She adds that Refinery29 makes it a priority to preserve the storytelling standard its site readers have come to know and love. 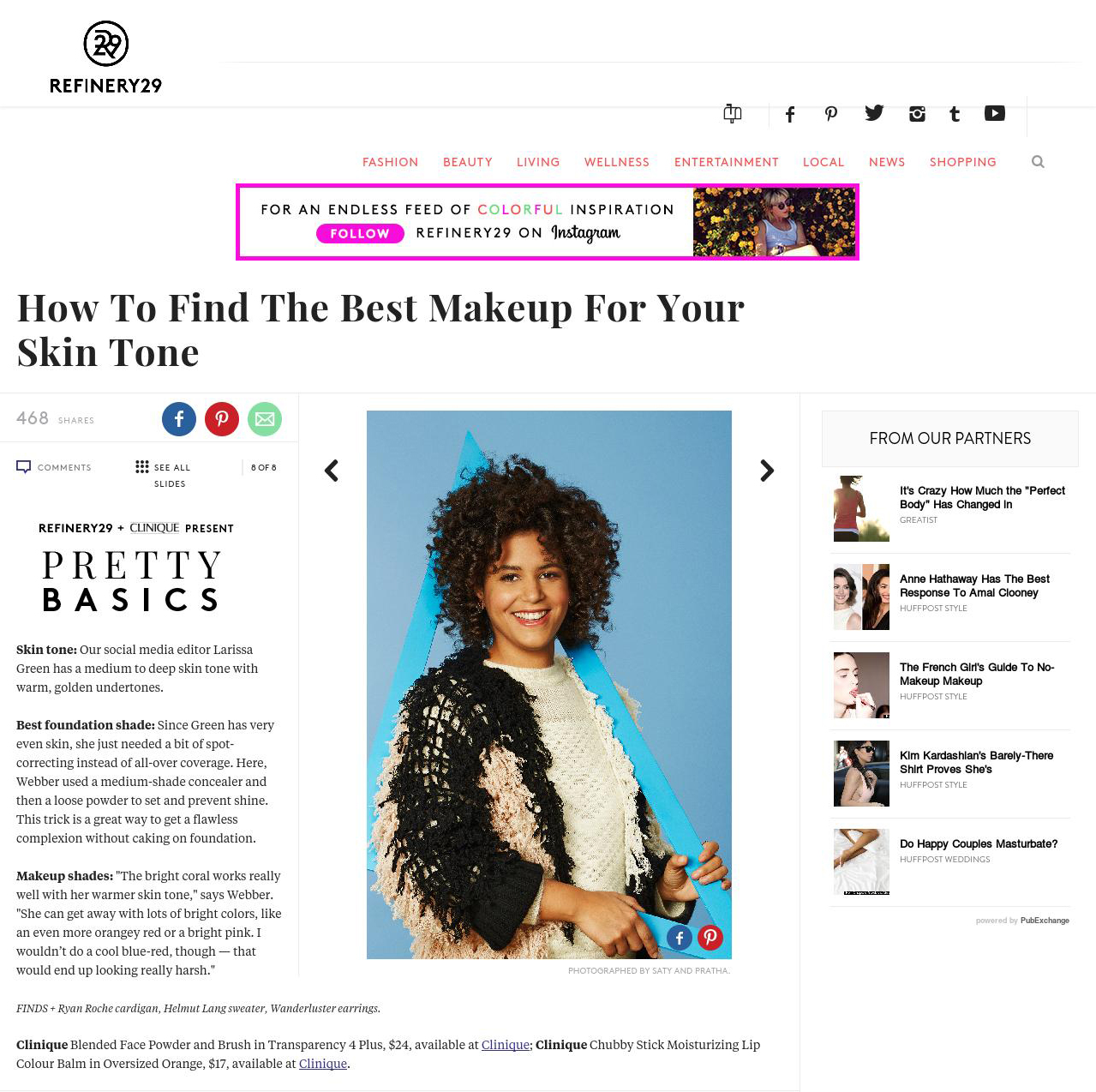 Something to consider about the crusade to win over consumers is whether sponsored content is worth the trouble. Increasingly, brands are eschewing native ads for publishing projects that live on their own sites.

Instead of essentially renting newspaper audiences, which can require a hefty investment, they’re pursuing long-term consumer relationships by publishing on platforms that afford them the ability to re-engage at will.

In the paid versus owned media conundrum, Red Bull, Airbnb, GoPro, and others make a strong case for creating and hosting branded content independent of news sites. But where reaching vast and diverse audiences of engaged readers is concerned, sponsored content—on the Times, Forbes, The Atlantic, etc.—is still hard to beat.

Whichever approach brands take, it’s worth remembering that consumers are still acclimating to the modern form of sponsored content. Brands and publishers alike have some work to do before we gain their trust, but the journey has certainly begun.