Whaddya know, another prank video. This time, Disney set up a fake storefront in a mall and had various disney characters follow people as their shadows as they walked by. While being shadowed by a giant anthropomorphic mouse sounds creepy and dystopian in theory, it’s just freaking cute in reality— especially when people start dancing.

The adorability just keeps escalating, and by the time the characters came out, I was misty-eyed, just like everyone else in the YouTube comments. Afterwards, I found myself plotting to drop my mid-year bonus on a trip to Disneyland before realizing that I don’t have any kids and that isn’t Mickey Mouse, it’s just some very sweaty guy named Steve.

No non-profit does content better than charity: water, the organization devoted to establishing clean water sites around the world. Their program is largely fueled by the fundraising efforts of thousands of volunteers, and they use content in brilliant ways to get people involved—not only highlighting the work that they do, but also by profiling individual volunteers and the people who’s lives are transformed by clean water. It’s incredibly hard to encounter their stories and not want to help out in some way.

A year ago, they started taking all 70-plus charity: water employees on trips to see the work they do first-hand, and this month, they released a chronicle of one of those trips: “Four Days in Ethopia.” It’s no “Snow Fall”, but it showcases the human voice and intimacy that characterizes charity: water’s content. It’s a piece that makes you think, “These are people that I can believe in.” 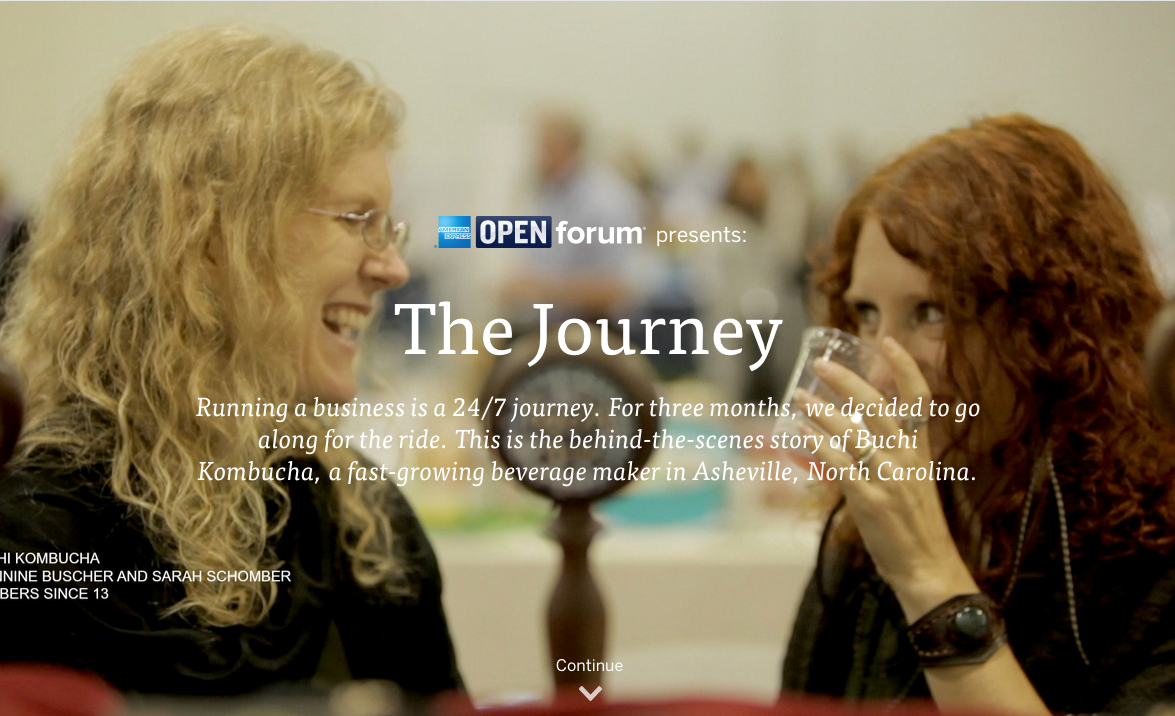 Brands inherently can’t do journalism, but that doesn’t mean that they can’t report. In an incredibly impressive storytelling initiative, American Express OPEN Forum embedded a reporting team in a fast-growing startup for three months to create a multimedia documentary, “The Journey.” The seven-chapter series of essays, videos and photographs follows “The Buchi Mamas,” Sarah Schomber and Jeannine Buscher, who founded the company and built into “a 160-acre farm that not only houses their brewery and production facility, but also many of the people who work there as well. They even have a school of their own.”

It’s an engrossing story, and the most ambitious project yet from American Express, which has been going all-in on stories that document the journey of entrepreneurs. Let’s hope that this piece lights a fire under the butts of other brands and makes them realize that yes, you can do real reporting, and yes, you can tell stories that matter.

Move over, Red Bull. To celebrate National Margarita Day, Jose Cuervo launched a rocket carrying a shaker of tequila and margarita mix and sent it to space to be shaken and frozen—a noble mission that any reasonable person can get totally on board with.

“Other brands have sent stuff into space, but we had a much better reason to do it — to literally freeze a margarita,” Tom Murphy, chief creative officer at McCann New York, told Digiday, seemingly while also instructing an intern to troll Red Bull on Twitter.

The brand live-blogged and documented the launch on its Facebook page and Tumblr before releasing the video above, which features some great copywriting and the requisite dubstep space soundtrack.

No one’s better at taking taboo topics and talking about them in blunt, hilarious fashion than HelloFlo. While other companies symbolize post-birth issues with spilt yogurt, HelloFlo is putting on a faux-musical about vaginal fallout. I laughed, I cringed, and felt equally grateful for every mother in the world and the fact that I’ll never have to give birth. (Unless, of course, some freaky Arnold Schwarzenegger in Junior stuff goes down.)

What was your favorite piece of branded content in February? Tweet me @joelazauskas and we’ll banter until it’s time to punch out.