By reputation, reddit is about as friendly to brands as an FTC hearing.

The popular online community is known for being completely controlled by what its users want— free of corporate influence. In fact, the site is called “the front page of the Internet” because it’s constantly being updated by redditors with the most popular content across the web.

As an incentive for not shilling self-promotional, low-quality spam, reddit users get “karma,” or points for their comments and links that are upvoted. As a result, it’s pretty hard for a company to promote itself on reddit without sparking a huge backlash from the online community.

However, some brands have been savvy enough to promote themselves on reddit without invoking the wrath of the Interwebs. How? By giving audiences good content. Since most of the content on reddit is generated by users rather than brands, it begs the question: How can a company get noticed on the site? Here, we look at how five companies have managed to rule reddit.

Warning: This Live Q&A from April of last year on reddit is not safe for work. Yet if you know what kind of company Adam & Eve is—a purveyor of sex toys and everything that comes along with them—you shouldn’t be surprised.

The marketers at Adam & Eve thought of a truly genius way to get reddit users talking without pushing their brand too heavily. The company’s sexologist, Dr. Kat, logged in and candidly answered reddit user’s questions about sex. The Q&A was so popular the doctor even went back on the platform to give more advice a few months later.

Adam & Eve’s company name is barely noticeable throughout the Q&A, save for the “[sponsored link]” tag that appears next to Dr. Kat’s username in the transcript, and the title of the event itself: Q&A here TODAY with Dr. Kat, Staff Sexologist at AdamandEve.com.

Instead of promoting toys, Adam & Eve made the wise decision to give reddit users the valuable resource of a sex health professional. This kind of marketing shows how companies can be sensitive to their users’ needs and tailor the content accordingly.

Sometimes your company doesn’t have to do anything in order to get on reddit. If you create funny content, the Internet can do the work for you. For example, Ikea once published a print ad offering a free crib to any babies born exactly nine months after February 14, 2013:

The ad has over 1,000 comments and almost 2 million views on reddit, proving that the key to reddit success is encouraging users to fornicate. Unless, of course, you’re posted up in the Oval Office.

Reddit’s AMA (Ask Me Anything) feature might be the perfect option for your company if you have a famous figurehead. But regardless of who that figurehead is, that person can’t compete with the President of the United States. In 2012, the POTUS used reddit to host a half hour virtual Q&A. According to The Washington Post, the traffic was so heavy that reddit had to shut down temporarily.

However, other people who are less famous than the leader of the free world have still hosted successful AMAs on reddit. As Fortune noted, tech leaders like Brian Krzanich from Intel, Emmet Shear from Twitch, and Jeremy Stoppleman from Yelp have all held very popular AMAs. While opening yourself up to questions from the Internet can obviously be risky, it also proves that you are willing to confront sensitive topics without hiding behind the walls of the press release.

To promote Anna Kendrick being on its cover, Glamour Magazine recently had the star recite some gems of water-induced wisdom from the subreddit “Shower Thoughts.” For example: “They should announce a sequel to Groundhog Day, and then just re-release the original.” Hard-hitting stuff, I know.

Kendrick even threw some philosophical musings of her own into the mix: “Does a frozen yogurt headache burn less calories than an ice cream headache?” Check out the full video below:

As Adweek notes, this kind of quirky, Internet-friendly video is out of character for Glamour. Yet it’s fast becoming one of the publication’s most popular videos. The lesson? Brands should try and take themselves a little less seriously. Everyone loves a good laugh— and viewers will be more likely to share a video they think is funny.

Nissan hosted a thread on reddit in 2014 which asked users, “If you could have one thing from Amazon, what would it be?” According to Digiday, the company then proceeded to actually buy some of the items that users listed, from 4,500 lady bugs to 30 months of reddit gold, the company’s premium membership. All of this gift-buying was done to promote Nissan’s new car, the Versa Note.

Then, things escalated quickly. Amazon drove around a large package until it was spotted by a redditor who created the thread “What’s the largest item you can have shipped from Amazon? Because I think my neighbor just got it.” 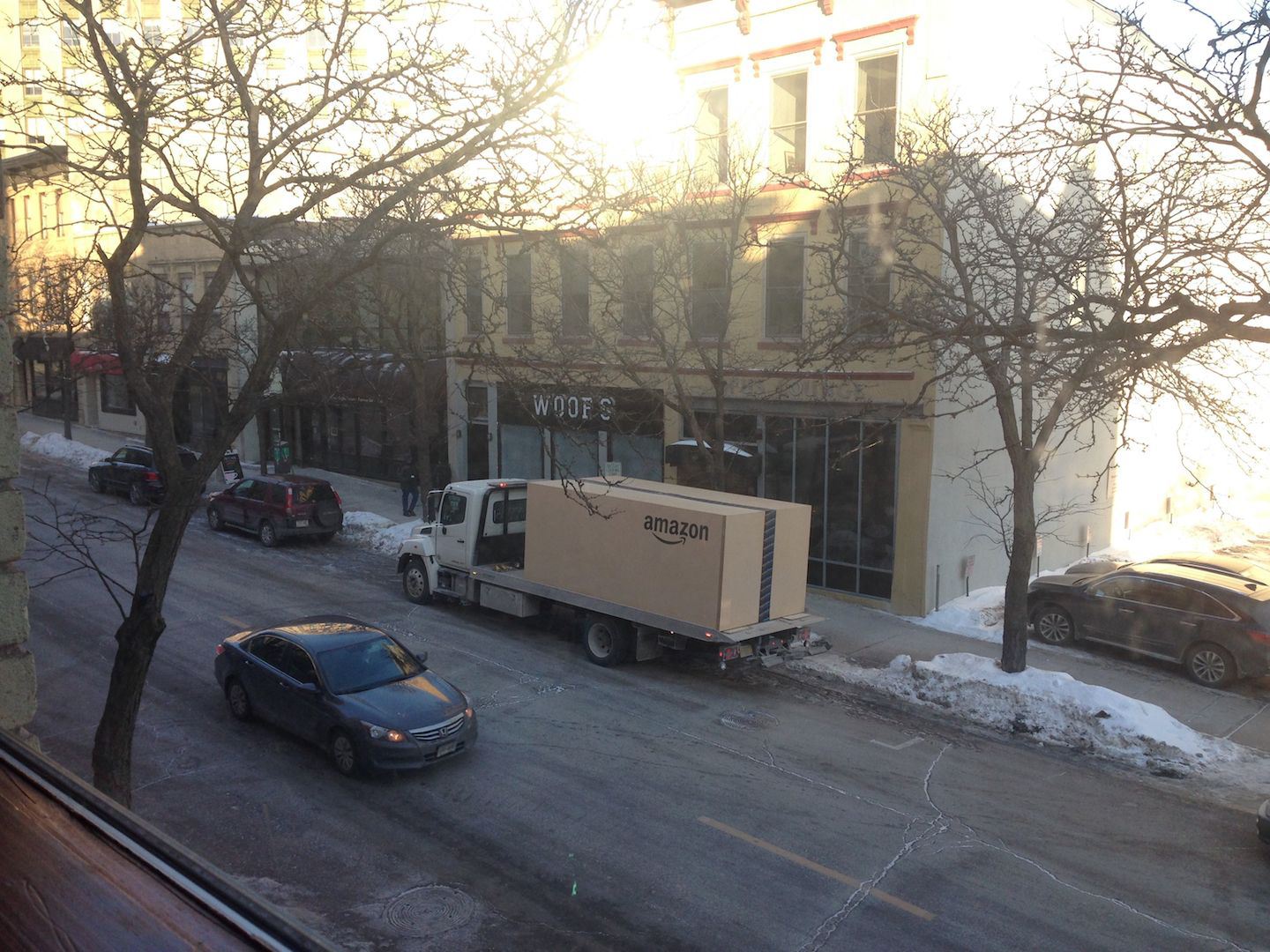 Yep, Amazon had just delivered an actual Nissan to someone’s front door. According to Digiday, other subreddits about Nissan and Amazon popped up after the image above became popular on the site. All of this content was created by reddit users, not by advertisers from either company. As Kyle Luhr, a senior digital strategist at TBWA\Chiat\Day who worked on the Nissan campaign, said in an interview with Digiday, “We had a plan for it, but were honestly surprised by how big it got.”

While companies can plan for months to create the “perfect” reddit campaign, it’s clear that the online community holds the ultimate power. And that’s how they want it. Yet if your company makes it onto the front page of the Internet, you will be known as a brand that can leverage very entertaining content to connect with consumers.

Still not convinced that reddit can be a great tool to promote yourself? Don’t take my word for it. Listen to Barack: “By the way, if you want to know what I think about this whole reddit experience – NOT BAD!”