Casper, a quick-rising New York City mattress startup, has been providing a much needed wakeup call to a sleepy industry. Today they issued their newest challenge: Van Winkle’s, an ambitious brand publication built around a single topic—sleep—and a masthead that brings a new level of prestige to brand publishing.

Van Winkle’s five-person editorial team is headed by the impressive duo of Elizabeth Spiers (editorial director and advisor) and Jeff Koyen (editor-in-chief). Spiers was the founding editor of Gawker.com and previously served as editor-in-chief at New York Observer, while Koyen worked as a a travel writer and editor for Travel + Leisure and Forbes. Joining them is Matt Berical from Maxim (senior editor), Theresa Fisher from Mic (science editor), and Jeremy Grossman, a young staff writer.

Casper claims that Van Winkle’s will be editorially independent, and that was likely a big draw for Spiers and company.

The team plans on publishing over 10 original pieces daily focused on the myriad issues that impact sleep and wakefulness. As Koyen writes in his introductory post, this is no dream journal: “We’re vastly more curious about brain chemistry, parasomnia, hotel room hacking, and how much Adderall will kill us, rather than dreams. Together, the Van Winkle’s team will tackle these topics, and many more.”

A fact sheet from Casper also promises stories on “experimental interrogation techniques” and contributions from a fleet of top freelancers.

The publication’s first stories are impressive, hard-hitting pieces that you wouldn’t expect from a magazine published by a mattress company. Alexander Zaitchik’s examination of America’s disturbing dependency on benzos like Xanax and Ambien tops the homepage, while Fisher tries to untangle the legal implications of killing someone in an Ambien-induced sleep haze. Of course, there’s still a slideshow of the 10 best and worst sleepaway camps in movies to keep things light. 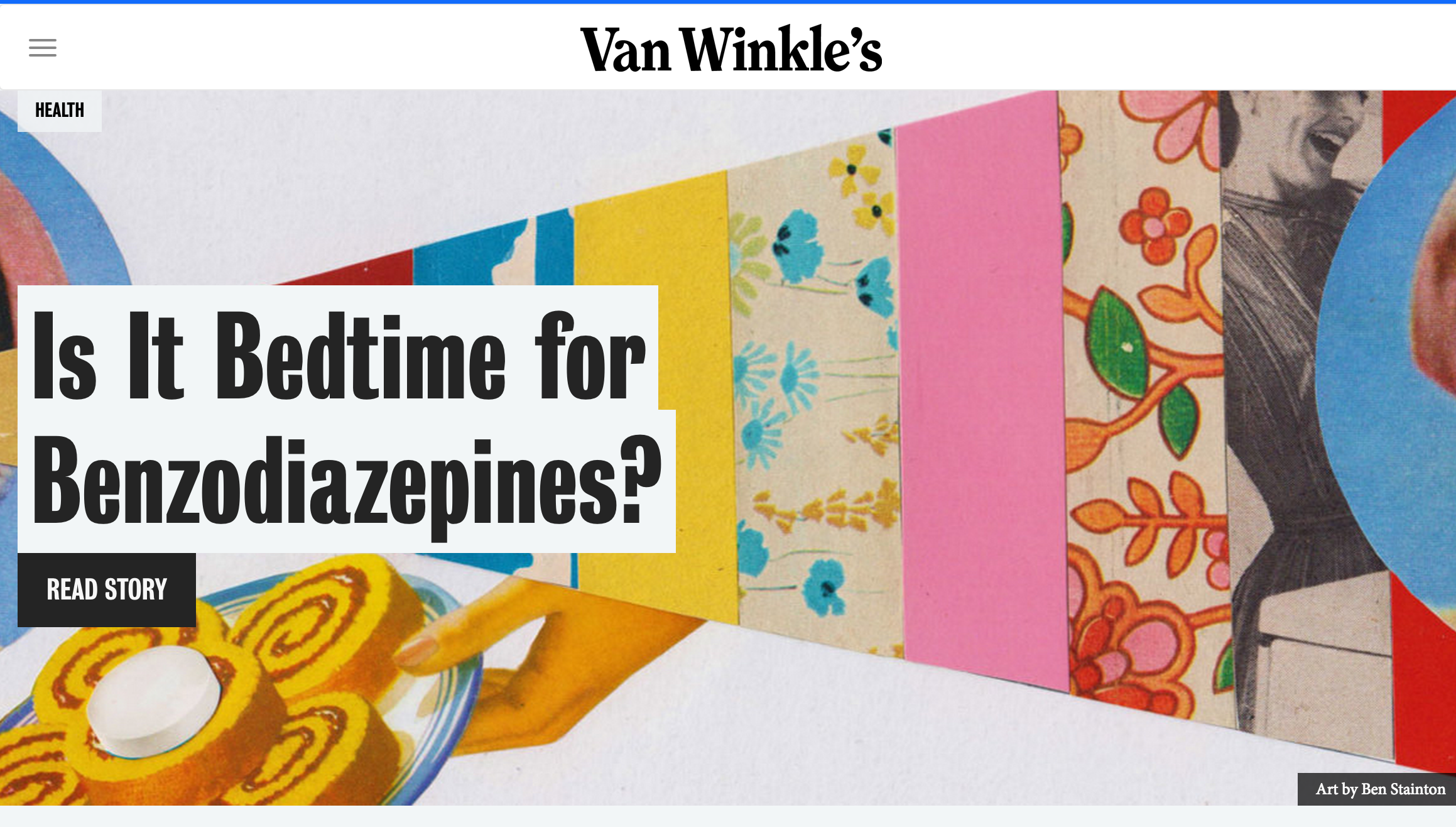 The more serious tone is a departure from Casper’s previous publishing efforts. Pillow Talk, the brand’s blog, was light fare—pretty much what BuzzFeed’s sleep vertical would look like. The front page currently features articles like “The 10 Biggest Sleep Myths Keeping You Awake At Night,” “Why Do We Talk in Our Sleep?,” and “Puppies in Pajamas.”

“Great brands don’t just ride shifts in culture, they contribute to them,” says Luke Sherwin, co-founder and chief creative officer at Casper. “Smarter brands in general realize that their products are just enablers to a lifestyle—changing the lifestyle itself can be more profitable than any change to your product.”

For a brand hoping to contribute to culture and change people’s lifestyles, pictures of puppies in pajamas—no matter how adorable they may be—aren’t going to cut it.

“While sleep is of increasing interest to everyone, there is no true authority on the topic,” says Sherwin. “We want to own the conversation on sleep and help create sleep and wakefulness as a new editorial category, much like food, shelter, and fitness are now.”

Van Winkle’s will resemble a more traditional publication in two critical ways: its purported (and laudable) editorial independence, and its plans to run advertisements. The traditional line between “church and state” is apparently alive and well at Casper—the team even has its own separate office within Casper’s headquarters.

Van Winkle’s is the latest example of a trend set to define 2015: brands becoming media companies. Other big-name players such as Uber, Airbnb, Marriott, Starbucks, Snapchat, and more have been building full-fledged media divisions, using veteran journalists and media experts to help them compete for audiences’ attention.

Casper, however, may start a new trend of editorial independence amongst brand publications—assuming the courage to tackle bold stories other brand publishers would likely be too timid to touch will pay off. Given that freedom and the talent on board, the odds of success appear high. As Sherwin notes, there is no respected publication so narrowly focused on the cultural, social, and physical impact of sleep—a topic that’s theoretically of interest to everyone.