“The data is the story, and we’re just walking you through it,” says Lisa Strausfeld, the mastermind who leads a team at Bloomberg that produces many of the news organization’s most captivating interactive experiences, such as their engrossing Dataview project. Strausfeld’s work has been praised by Fast Company and featured at MoMA, and she has spent decades thinking about how to take datasets from seemingly dry topics—government and science, in particular—and make the information relatable and clear. We were fortunate to speak with Strausfeld and glean some lessons about telling engrossing stories with data. Our conversation follows. 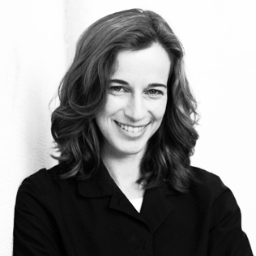 Tell us about the difference between explanatory and exploratory journalism, in your mind.

I use these terms to describe what I view as the state of the art of data visualization. When I was assessing the competitive landscape two years ago as I joined Bloomberg and started this team, I observed that data visualizations fall into two buckets: They either provide explanation for the uninitiated or provide exploration for the expert. The explanatory data visualizations are typically news-driven. They reference small snapshots of data and are typically produced by graphic journalists. The exploratory data visualizations are software products, web interfaces, and databases, with live updating data feeds. They’re typically produced by developers. Looking at what the reader—the user—really needs and wants led to a design strategy that puts explanatory and exploratory data visualizations (news and data driven) on one continuum. The ideal reader experience is to move seamlessly between the two. A news headline entices the readers and leads them to an explanatory infographic. If the readers are engaged, they will have questions and want to explore it in a self-guided way. They may go off too far on a tangent and need some explanatory guideposts to bring them back to the original story.

What do you think of the data-driven approaches of Vox, FiveThirtyEight, The Upshot?

Those sites are definitely featuring data and data science, which I think is fantastic. I love the wonkiness of the content and that the sites are educating us about what data means (relative to politics, education, the economy) and how to interpret it. I think there’s an opportunity, however, for many more differentiated types of interactive experiences for readers, which is what I’m particularly interested in.

How do you structure yourself organizationally in teams?

That assessment of the state of data visualizations influenced the structure of the team at Bloomberg. The first team that was assembled was a visual-data product team, which is a digital design and development team that specializes in interactive data products. And then we brought in an infographics team comprised of seasoned graphic journalists. In essence, we collided the cultures of news-driven and software-driven work.

What have you learned from these cultural collisions?

We collaborate! That’s been a big part of how we innovate. The process for both teams began quite differently. The infographics team works most closely with Bloomberg News and their project timeline is in days, occasionally weeks. The product team timeline is in weeks, minimally, to months in most cases. It’s been great to sit together because the infographics team (who works incredibly quickly) has benefited from slowing down on occasion to add more data and interactivity to the work, and the product team has benefited from speeding up and being more news-driven. We’re also producing tools that allow journalists to create their own simple data visualizations.

What advice do you have for anyone creating teams similar to yours?

Telling stories with data is easy when you have a good story and the right data. Finding those things is the hard part. And some stories are best told with data and some are best told with photography or video. And some are best told, simply, with text. And as far as building a team: It depends, again, on the stories you want to tell and the data you are using to support them. If your organization generates interesting data that is constantly updating, perhaps it makes sense to invest in a product team. Otherwise, you may just need to hire some great graphic journalists.