The Average Sponsored Post on Tumblr Gets Reblogged 10,000 Times. Here’s Why

For those contemplating Tumblr’s value to brands, that reblog rate is an incredible stat to ponder. After all, if the average Promoted Tweet was being retweeted 10,000 times, Twitter would plaster SXSW with the stat. If the average sponsored post on Facebook was shared 10,000 times, Mark Zuckerberg would brag about it on every I-80 billboard from New York to Silicon Valley. (Instead, they don’t reveal the average share rate of their sponsored content at all.)

So why is sponsored content on Tumblr shared so much?

Even when you take into account the considerable distribution juice Tumblr is giving its advertisers’ sponsored posts, 10,000 reblogs is incredibly impressive. And it comes, in part, as the result of Tumblr’s understanding that the challenge is to create ads that are as “compelling and as beautiful as the art projects and poetry and other things that you see posted there,” as Mayer said yesterday. Tumblr has strict creative guidelines for its sponsored posts, and a submission approval process to ensure that the posts will resonate with the Tumblr community. Bad content gets stopped in its tracks.

This hand-crafted approach to sponsored content keeps Tumblr from reaping the mass, programmatic ad dollars like Facebook and Twitter do, but it also keeps the Tumblr experience rich—both in terms of the quality of the content, and the value of each visit. Among social platforms, Tumblr has the second-highest revenue per visit, despite the fact that its user base doesn’t have an incredible amount of purchasing power. 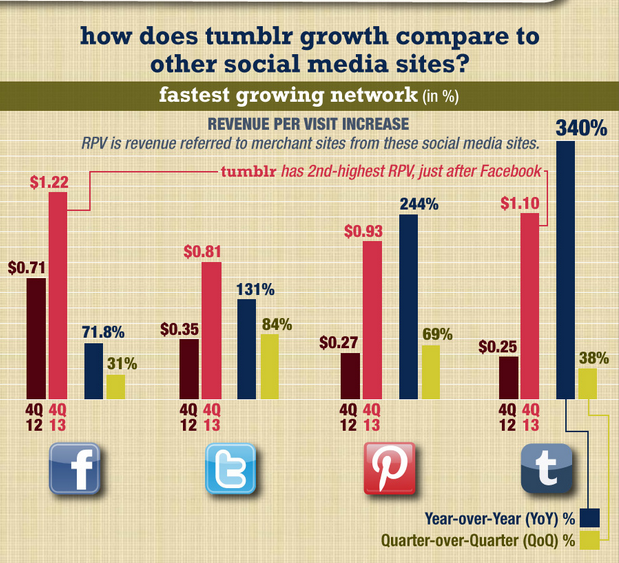 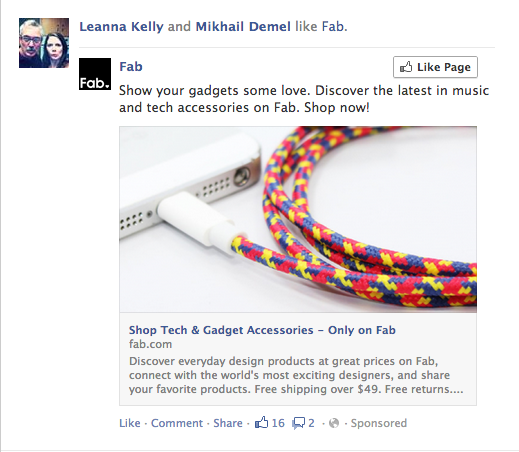 3. Tumblr gives brands the tools to tell much better stories

The content that you can create on Tumblr is simply incredible; when Mayer called Tumblr “such an amazing canvas for storytelling,” she was right. You can simply create much more compelling, native content on Tumblr than you can on any other social media platform (save for Medium, which hasn’t opened its gates to brands yet).

In fact, considering the rich multimedia content that brands can create on Tumblr, it probably makes more sense to compare the platform’s sponsored posts to the ones you see on Mashable and BuzzFeed—two publications that have helped brands create sponsored content that gets shared more than their regular editorial (with some help from paid distribution, of course).