Sometimes it seems like social media is only good for brand blunders. Take brands whose social media strategies consist of communicating with millennials in incoherent emoji sequences, or brands that deal with crises with embarrassing tweetstorms, or brands whose CEOs pen tone-deaf responses to other brands.

But these (often hilarious) blunders are only one side of a very large, valuable coin: Social media has never been more important or effective for brands and publishers. On every major social platform, engagement is growing, brands’ fans are increasing, and people are spending more time on their social networks.

Need proof? A recent report from Shareablee—a social media analytics platform that collects, processes, and analyzes over 2 million social media posts every day—offers incontrovertible evidence that there’s plenty to celebrate when it comes to social media. More importantly, there’s much to be learned. Let’s dive in.

Publishers drive the most engagement on social media, but brands aren’t far behind

Automobile and fashion brands may have the shiny visual appeal, and sports teams and television shows may have ravenously devoted followings, but it’s media publishers—with their curated content and editorial sensibilities—that have seen the largest growth in social actions.

In terms of sheer number of fans, however, the average U.S. brand is growing almost as quickly as the average media publisher on Facebook, and more quickly on both Twitter and Instagram (where brands have seen a ridiculous 247 percent rise in fans). Fans don’t tell the whole story, particularly since they are often bought, but the numbers suggest brands are getting better at social media—all this despite producing much less content than traditional publishers.

Making shareable content is more important than ever before

Across big industries like sports and television, the number of total content impressions on Facebook is increasing, driven largely by shares—which means that the importance of making your content shareable cannot be understated. Shares intrinsically get additional impressions—the halo effect of earned media, if you will—which means more exposure for your brand.

This dynamic is especially true in the digital publishing world, which has seen the greatest increase in number of Facebook impressions driven by shares. (We offer some tips for making your content more shareable here.)

National Geographic is better on social media than BuzzFeed—or any other publisher, for that matter

No publisher comes remotely close to matching National Geographic‘s 115,416 social actions per piece of content, which adds up to more than 600 million social actions through June 2015. A cursory glance at National Geographic‘s Instagram reveals why its audience engages with its content so consistently: Its imagery is absolutely stunning, replete with cute images of baby animals, breathtaking vistas, colorful close-ups, and sharks. (Everyone loves sharks.) National Geographic is a perfect example of how quality imagery makes social content more shareable.

This chart also demonstrates that more content does not necessarily mean more engagement. The Huffington Post publishes nearly twice as much content per week as any other publisher, but its total number of social engagements doesn’t scale proportionally.

As HubSpot and Moz found, it is crucial to test your publishing frequency to see how your readers respond.

It’s no wonder that the new ads on Instagram, likely to be a highly cost-effective platform because of Facebook’s targeting capabilities, have CMOs jumping out of their skin.

It’s even outperforming photo content, once thought to be the best way to engage audiences on social media.

Millennials want to be funny. Older people want to tell a story

There’s a reason why the stereotypically youth-oriented brands are known for their ridiculous, silly content (think of Taco Bell turning Ronald McDonald into a dystopian dictator, IHOP being your “bae” who’s “on fleek,” or anything Denny’s says on Twitter): A third of people aged 18–24 want to look funny when sharing content.

As we get older, our desire for our social shares to tell a story or actually be useful rises as dramatically as our desire to look funny falls. Only 5 percent of people aged 55+ care about looking funny when sharing content, though a cursory glance at my grandmother’s news feed would put the number at 0 percent.

Your content must help your audience in one of three ways

The most popular, engaging publishers on social media consistently share content that either makes an audience feel knowledgeable, helps them relive certain moments and experiences, and/or provides a valuable utility. 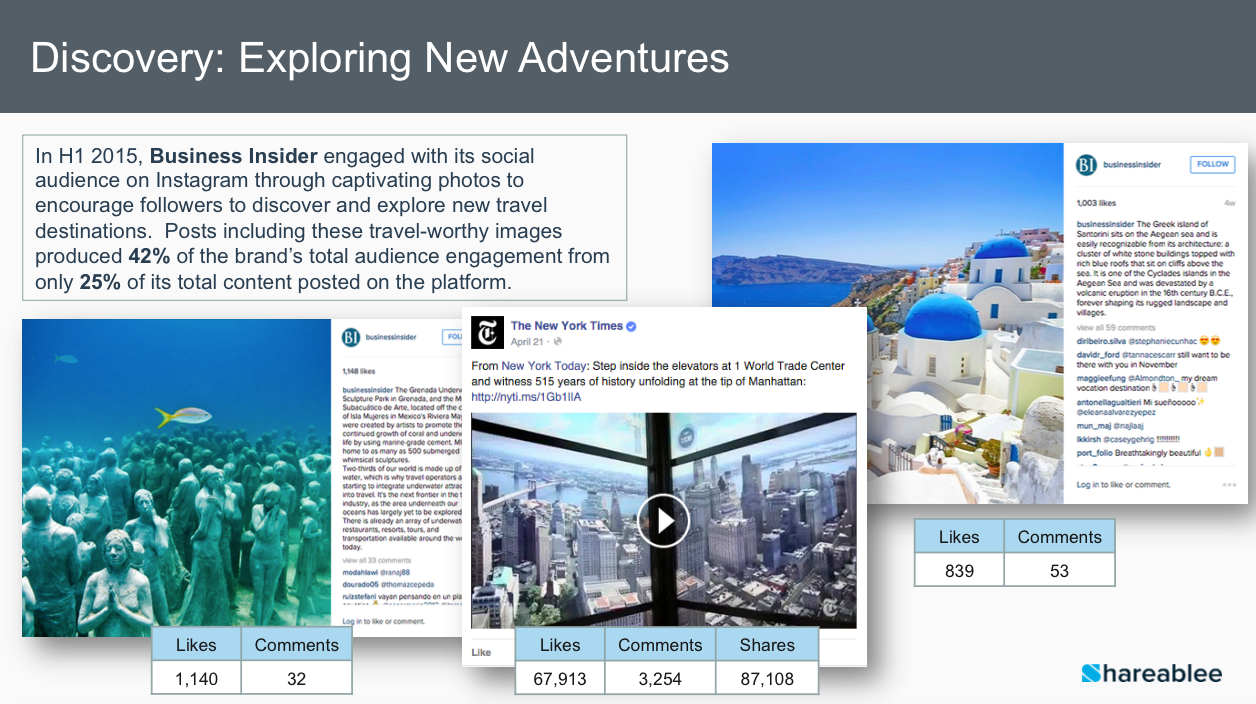 Discovery: Users engaging on social media want to feel like they’ve come across something new, something that gives them a sense of social currency when they share it. 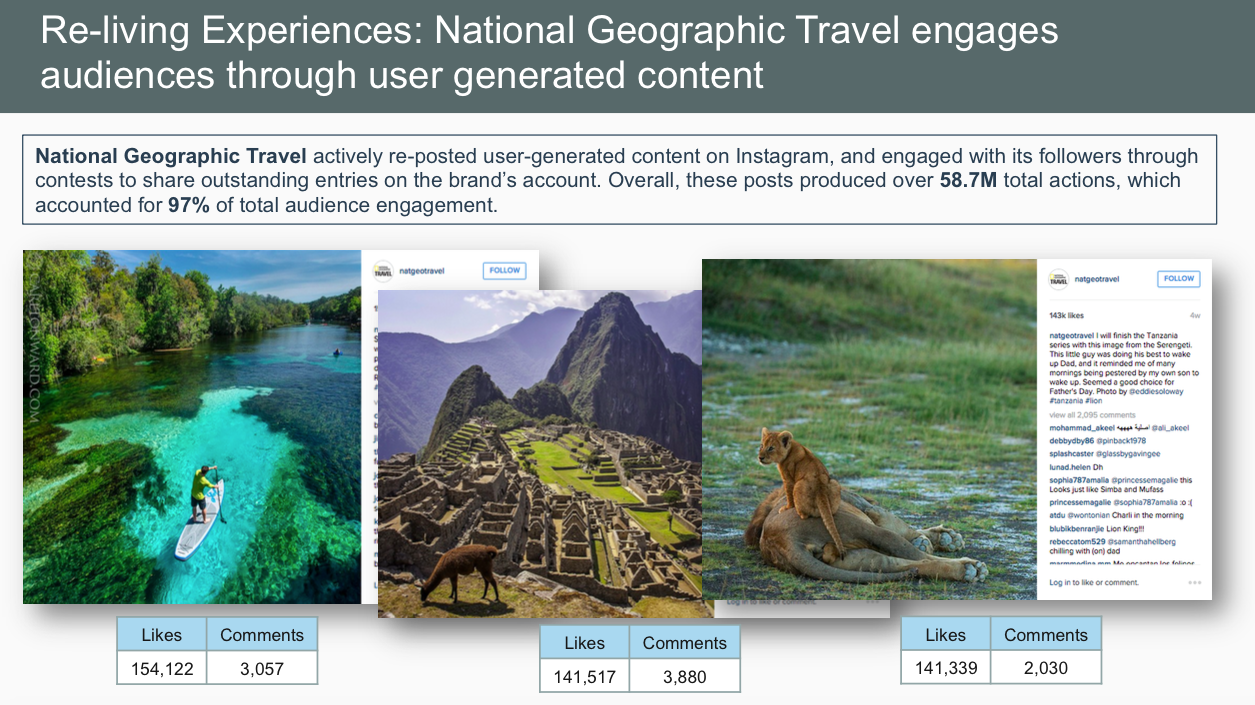 Experiences: People want an experience, a story, that they or others have had before—something they can relate to. National Geographic Traveler, for example, one of the most highly engaged publishers on social media, excels at sourcing user-generated content. 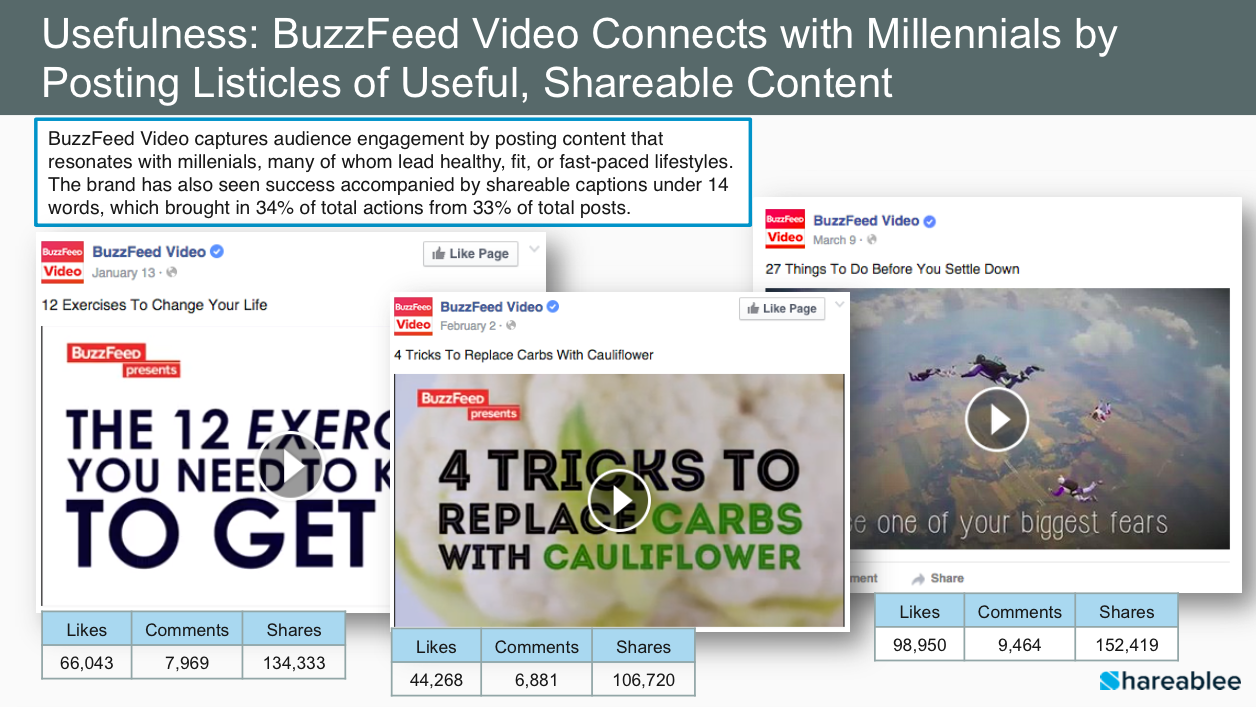 Usefulness: People want actionable takeaways from content that brands share on social, like tips, tricks, and how-tos. BuzzFeed’s millennial audience is interested in health, clean eating, and fitness, so it posts numerous listicles focusing on those interests.

All of which is to say: Enough with the emojis and rants and public blog posts. Stick to what data shows that people want: knowledge, interesting experiences, and utility. Only then will you be “doing social” the right way.