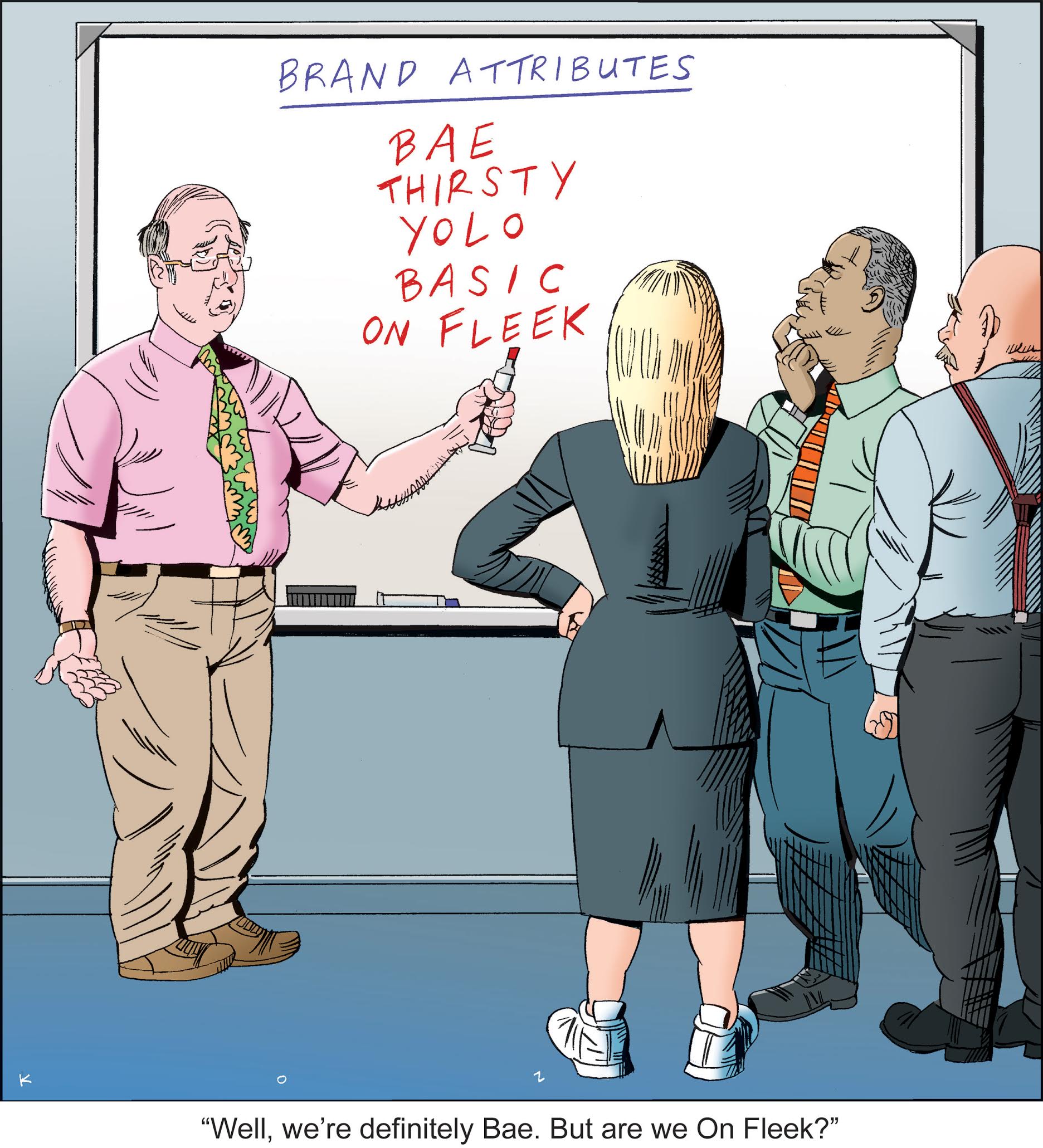 This past Christmas, a hero emerged that would shed light on the dark underbelly of the marketing world, exposing a cancer that threatens the entirety of modern advertising at its core. That hero, of course, was The Brands Saying Bae Twitter account, and it showed us just how ridiculous brands’ Twitter accounts have become.

The evolution of a brand. Inspiring. pic.twitter.com/3yocN23LY6

When a brand tweets “bae” it makes me want to purchase their product. pic.twitter.com/8TSO4VJkln

Breathtaking. This is what it’s all about. pic.twitter.com/C57bQjEPih

Our latest comic by Martin Kozlowski contemplates the root origin of this phenomenon; indeed, what was the origin of all this bae-ness, the on fleek brand revolution? Was it the rogue work of a few brave social media managers who dared to tweet like a caricature of a 14-year-old boy? Or was it, more likely, the fruits of the most depressing brand attribute brainstorm meeting ever?

If you’ve been in one of these meetings and know, tweet me (@joelazauskas) or email me (lazer@contently.com). Thanks, bae—I promise our exchange will be positively epic.