Is Medium the Next Big Frontier for Content Marketing?

What do President Barack Obama, actor Leonardo DiCaprio, Craigslist founder Craig Newmark, and former presidential candidate Mitt Romney have in common (aside from being wealthy males)? All have posted to Medium, the blog publishing platform launched two years ago by two of the cofounders of Twitter. But for all of the personalities flocking to the site, there are far fewer brands to be found.

That’s about to change.

December marked the launch of Gone, a collection of travel stories on Medium sponsored by hotel company Marriott International. A hybrid of a digital native ad and a brand magazine, Gone takes a journalistic approach to storytelling that showcases both the Marriott culture and the main attributes of the brand. The project is part of a wave of new Marriott production deals that include Snapchat programming and YouTube stars. According to reports, Gone will publish 60 articles over the next four months, and its success will be measured by time spent with the content rather than pageviews or clicks.

Gone isn’t Medium’s first rodeo. Earlier this year it introduced Re:form, a BMW-sponsored story collection about design. As Medium told us in August, the collaboration between publisher and advertiser was the startup’s initial step toward generating revenue. Reports suggest similar ventures sponsored by tech and music brands could be next.

The timing of Gone is particularly noteworthy. It coincides with a Medium site redesign that has some speculating the platform is poised to woo other advertisers as well. A new navigation bar with seven content sections—Culture, Humor, Tech, Design, This Happened to Me, In My Humble Opinion (IMHO), and Long Reads—is meant to improve story discoverability. A personalized homepage “reading list” offers staff picks, stories published by authors each user follows, and stories recommended by them.

Apart from supplying a near-endless stream of content, the new system makes it easier for Medium bloggers—including brands—to ensure that their posts are seen.

What’s the appeal of Medium to advertisers like Marriott and BMW? It’s more publisher than blogging platform, offering a wealth of content and themed collections on every topic under the sun. By some accounts, Medium now receives 17 million monthly unique visitors, an increase of 4 million since March. The site’s clean design puts stories front and center, a content discovery system allows users to file posts under relevant categories, and a social media-friendly infrastructure helps posts generate shares.

As the company outlined in its 2013 Writer’s Guide: “Our goal is to make Medium the best platform possible for everyone to share great ideas or stories.”

With sponsorship opportunities slow to arrive, and the platform available to anyone who wants to blog, some brands are taking the initiative to publish independent of Medium’s corporate development and strategy team. Starbucks started its collection of stories in November and has already built a following 32,000 users strong. The company shares original content about its products and excerpts from books that reflect the brand’s social efforts. It also curates existing Medium content it feels “nurtures the human spirit.”

Other brands to join the platform include UNICEF writing about the Ebola crisis, O’Reilly Media with insights about the future of technology, and Tesla Motors with a post by CEO Elon Musk. Publisher Penguin Random House has reposted content by its authors and staff that previously appeared on a biography site maintained by Random House. General Electric has been using its Medium profile to recommend articles on subjects like innovation and sustainable energy.

Medium’s capacity to host exclusive content as well as disperse existing material to new readers means it has something for everyone—including small businesses who don’t have Fortune 500 resources.

San Francisco-based DODOcase, maker of handmade cases for mobile devices, recognized an opportunity to educate audiences about a new product category on the site. The company recently ventured into virtual reality with toolkits, inspired by Google Cardboard, that turn smartphones into virtual reality (VR) viewers. A Kickstarter campaign was launched to fund their DIY VR kits. That required not only informational content, but a unique approach to amplifying it.

“We’ve had so many questions from customers about what VR is and why we’re doing this,” says Macy McGinness, VP of marketing with DODOcase. “We felt like we needed to take a leadership position by developing content around VR, and Medium is the place to do that right out of the gate.”

To date, DODOcase has published three of five articles in a series created specifically for the site. Posts include a look at the technology behind the DODOcase VR viewer, a guide to third-party VR apps, and an exclusive interview with VR innovator Tony Parisi.

Though primarily intended for consumers, the company’s Medium profile has also proved useful to its business development staff, which is tasked with explaining the product’s value to potential business partners. “The in-depth storytelling, the way the stories can be shared and interacted with—that’s huge,” McGinness says. “It’s more than we could ask for from our blog.” 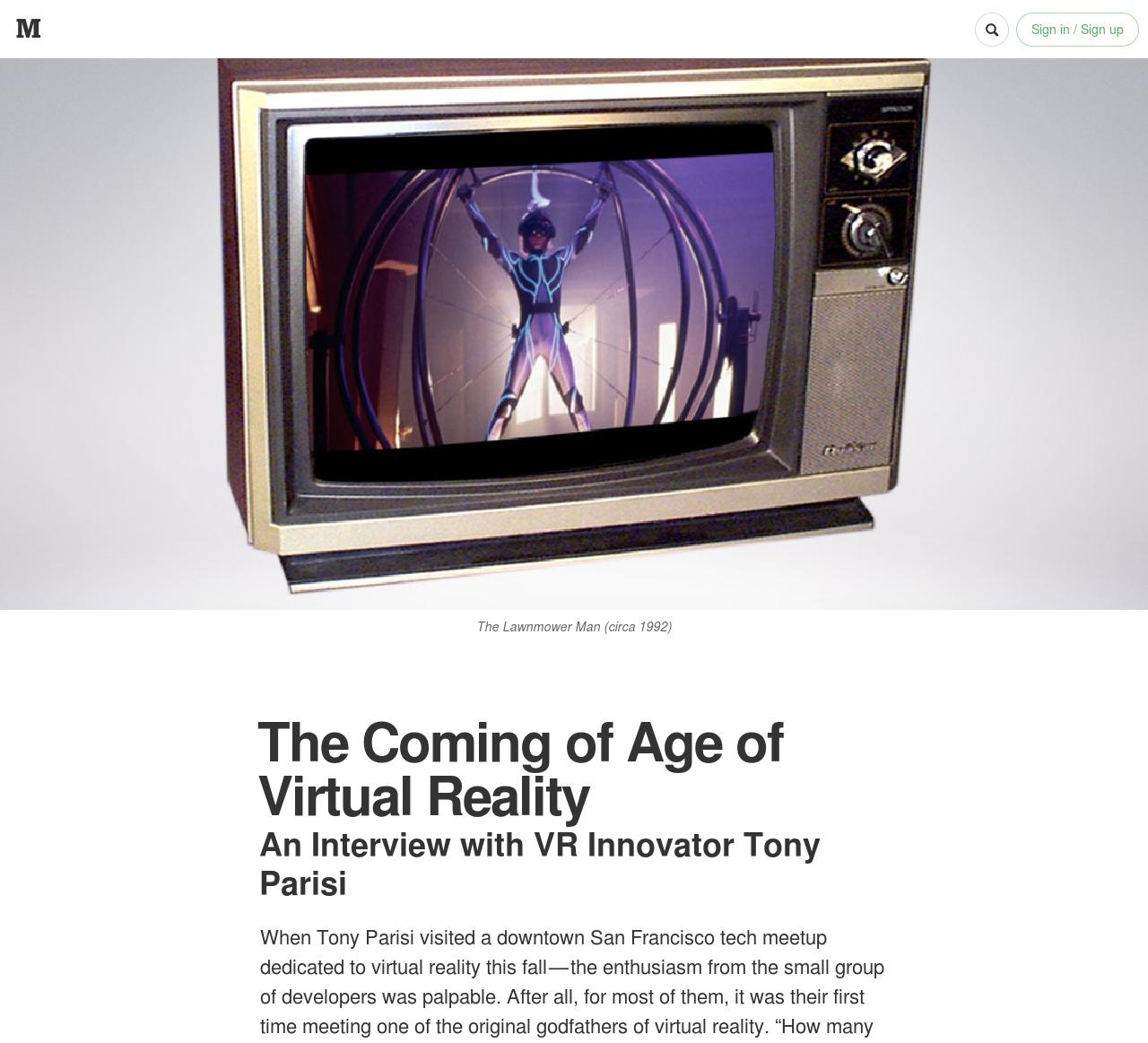 When it came to producing its Medium posts, DODOcase eschewed its usual in-house content development process for a marketing consultant who already knew the site well. A fresh publishing platform, McGinness explains, required a fresh perspective.

The company chose Rob Goodman, who formerly worked in marketing at both Google and Simon & Schuster. “Medium gives you that space to be a bit more free and open with ideas that circle around your core product but aren’t directly tied to its promotion,” Goodman says. “For brands, we talk about authenticity a lot in content marketing, but on Medium especially, that becomes really key.”

DODOcase’s first post received 2,700 views and a 25 percent read ratio, while the second had a read ratio of 50 percent. “I’ve been thrilled by people’s reactions and the excitement around [the posts],” McGinness says, adding that they played a part in ensuring the company’s Kickstarter campaign reached its funding goal.

In an age when 60 percent of consumers favor storytelling over traditional ads, smart brands will experiment with new publishing platforms. When the platform prizes good content, the medium really is the message.