Forget Christmas and the Fourth of July—Thanksgiving is by far the most American holiday, the perfect marathon of binge eating, drinking, football, family… and preparing for a hysterical day of mass consumerism.

I participated in that marathon at my aunt’s house in the Pines of Jersey. I sipped my cousin’s homemade “apple pie” moonshine and trash-talked about NFC East football in belligerent bursts during commercial breaks. Most of the time, the commercials were little more than a background soundtrack. I was vaguely aware, for instance, that Old Navy would practically pay me to buy a fleece on Black Friday. I was also conscious of Macy’s sale, if only because an ex-girlfriend is the voice of their national commercials. But only one commercial made us stop and wonder what the hell is happening on our TV.

And, of course, it came from Old Spice.

Old Spice smartly aired the full 60-second version of their totally bonkers “Dadsong” ad during the Thanksgiving football games. It features everything you’ve come to expect from Old Spice: a duet about a boy becoming a man, a woman clasping a toy firetruck in a fish tank, and crazy-long melty-mom arms slinking across the living room. For about 15 seconds, I stood in disbelief, wondering what my cousin put in that moonshine.

It was weird for sure, making half my family exclaim, “What the hell?!” and chuckle. And you know what? That’s a win. It caught our attention. It became the focus of our conversation for a few moments. How did Old Spice do it? By telling a (very bizarre) story, not screaming at us about Black Friday discounts.

Let’s look at the other pieces of branded content that hit the mark in November.

As always, thanks to Alyssa Hertig, Kieran Dahl, Camille Padilla, and Dillon Baker for helping comb through the massive amount of branded content created last month.

Imagine walking into your bank and getting the surprise of a lifetime: You have 24 hours to spend $30,000 and make your community a better place.

That’s what TD Bank did with their #MakeTodayMatter campaign, which presented 24 people with a 24-hour challenge to spend an average of $30,000 to improve their communities. Each mission is specific to the people tasked with the challenge, andAdweek aptly called it a “four-hanky affair“—the stories are truly heartwarming.

The sizzle reel above has over 3.5 million views on YouTube so far, and all 24 short documentaries now live on the campaign’s microsite. It’s a brilliant project, one that allows TD Bank to tell holiday stories in a very human way.

When a piece of branded content gets shared in the Contently Hipchat, and half the company immediately loves it, there’s a good chance it makes the list. In November, the Hipster Business Name Generator started going viral by combining random nouns and stylized logos to generate a seemingly never-ending supply of businesses names that would fit right in on Lorimer Street in Williamsburg.

The “Dude, you should buy that name” link drives users to NameCheap.com, a domain marketplace, making this the perfect piece of viral marketing for the site. I may or may not have bought the domain below. 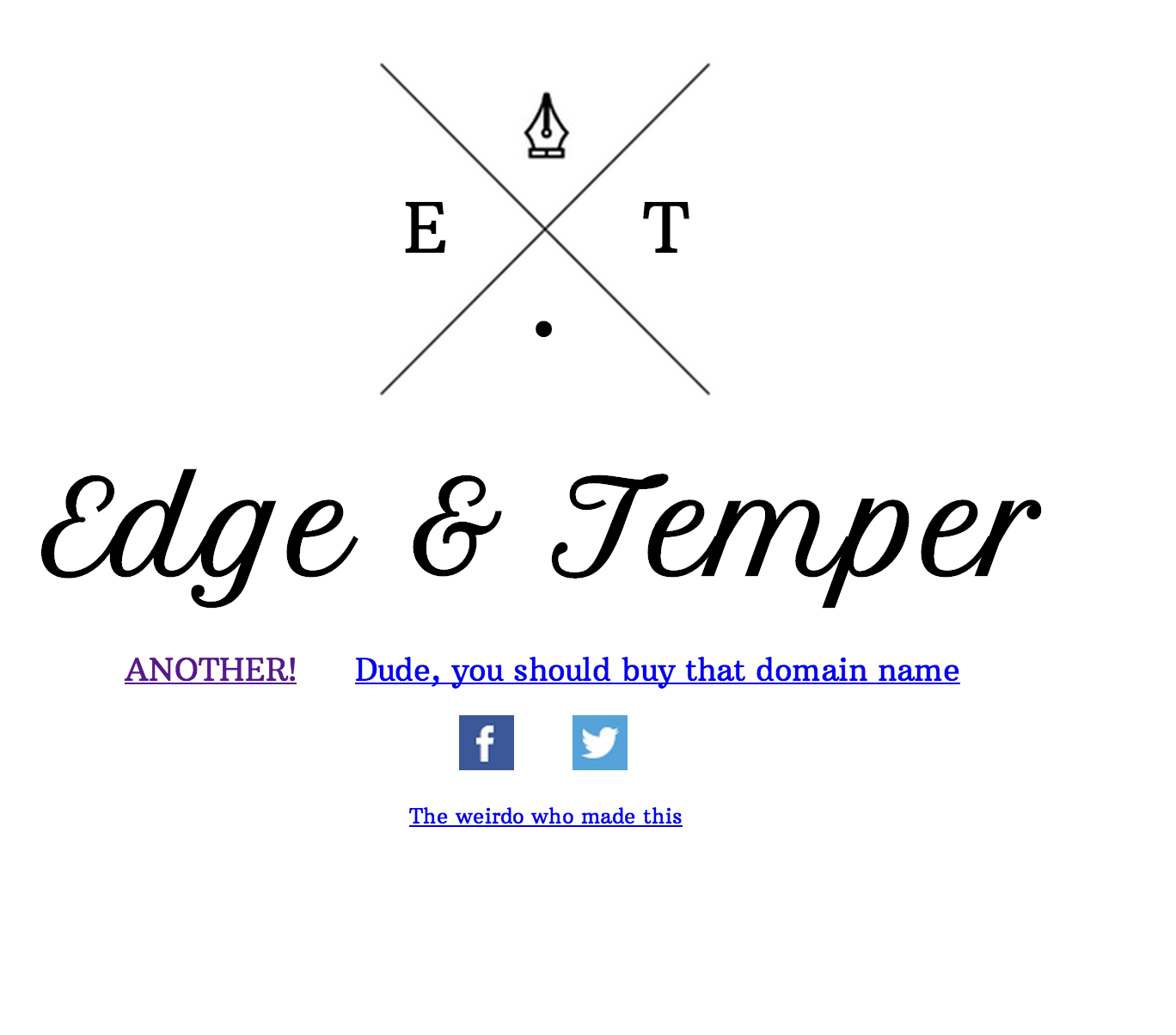 We’re now almost halfway through the 2010s, and the greatest advertising accomplishment of the decade just celebrated its fourth birthday. I’m talking, of course, about Small Business Saturdays, the unofficial national holiday that American Express launched the day after Black Friday in 2010.

American Express deserves the high praise not just because of the national movement they sparked, but also because they’ve continued to double down on it, building American Express OPEN Forum into a robust community and online magazine that millions of small business owners visit every month.

In November, Amex amplified that effort with a new series of Local Business Stories—impressively immersive multimedia-driven narratives about businesses making an impact in their respective communities, as Celine Roque wrote last week.

I’m usually skittish about promoting the work of Contently clients here, and in full disclosure, American Express is a Contently client, with Contently’s talent team providing American Express with journalists, photographers, and videographers for these features. So I’m biased, but I also believe the project is worth checking out if you’re looking for an example of how to tell stories about the people you serve.

Last month, Gap released four excellent short Christmas ads directed by Sophia Coppola. Now, they’re back with a series of short art films that feel like something I’d find on display at my alma mater, Sarah Lawrence College. I mean that in a good way.

The short films are delightful pieces of pop art that anthropomorphize Gap clothing through movement and music. My favorites are “Sweater Dance” and “Treadmill March,” but you can check out all 10 in the playlist above.

If I don’t stop talking about Totino’s Living—Totino’s Pizza Rolls Clickhole-esque parody site—my team may have me shipped away. But it’s the trippiest branded content site we’ve ever seen. It started with a crazy video from comedy duo Tim and Eric at the beginning of the month, embedded below, and quickly snowballed with a tripped-out site featuring listicles like “16 Signs You ARE a Pizza” and “Buzzfeed’s 50 Unusable Stock Photos: Used!” which was shared over 5,000 times before the share counter seemed to have errantly reset this weekend. It’s a totally weird content play but captures the perfect tone for the brand’s target college-aged demo.

Ken Block’s “Gymkhana” web series is the stuff of content marketing lore. The insane rally-car driving video series once became the most-watched branded web series of all time for DC Shoes, which Block co-founded. But the series changed brand partners when the Need for Speed video game series took the wheel for “Gymkhana 6.”

In the seventh installment, Ford is on board as a new sponsor, and Block is driving the most powerful Mustang ever built, a 845-horsepower machine rigged up to send that power to all four wheels. The video shows a wild romp through the streets of L.A. that hits every recognizable landmark and even recreates O.J. Simpson’s infamous car chase. You’ll be shocked Block actually got all the permits to do this, which is one reason why the clip has been viewed over 16 million times in just two weeks. 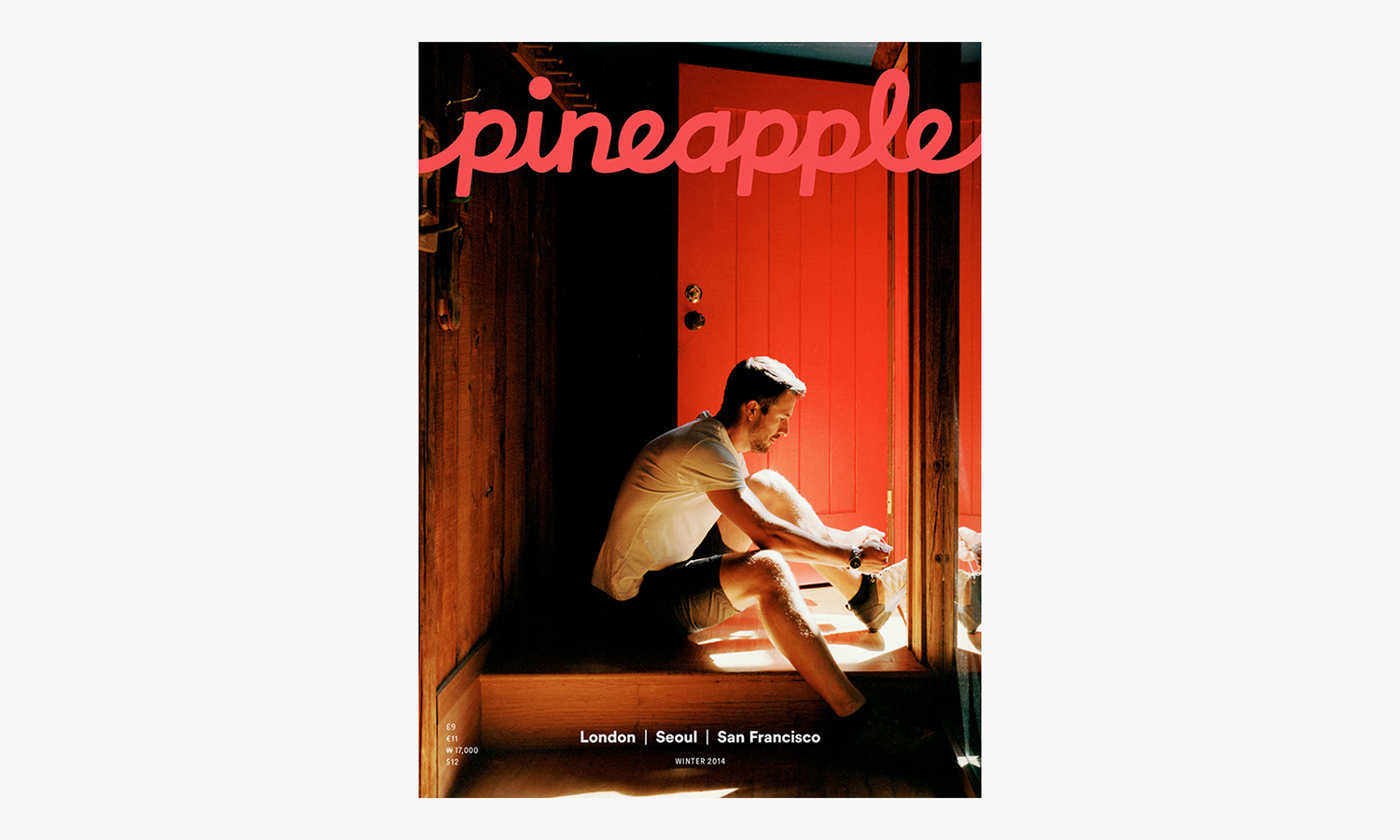 We’re still waiting to get our hands on Pineapple, AirBnb’s new print magazine, but it earns a spot here thanks to the huge buzz it’s already generating—the glossy mag’s launch has been covered by everyone from The New York Times to the Guardian.

The 128-page winter issue, which contains no ads, focuses on the people, culture, and food of three cities: London, Seoul, and the company’s home base of San Francisco. The first 18,000 copies will be distributed for free to hosts, but they’ll also on sale for anyone with $12 to spare and a ton of faith in AirBnb’s editorial chops.Previews of the magazine look promising, and it’s hard not to have faith in AirBnb, which has already proven itself capable of using content masterfully to build its brand.

In the U.K., Brits eagerly anticipate the annual Christmas commercial from department store John Lewis, which has managed to #WinChristmas ever since its iconic spots, starring the same adorable boy, debuted in 2011. This year’s 90-second Christmas ad tells the story of a boy and his pet penguin named Monty.

The boy and Monty are inseparable, but as the weather grows colder, Monty starts staring longingly at any couple that looks like they should be in a Kay’s Jewelry commercial. Sensing something is up, the boy sets out to get Monty a companion for Christmas, with a sentimental surprise at the end. After watching it for the third time, I definitely teared up as I Googled “How to buy/steal a penguin.”