Earlier this year, BuzzFeed issued a challenge of sorts with a hugely popular listicle titled “50 Completely Unexplainable Stock Photos No One Will Ever Use.” One of my personal favorites is a woman who is inexplicably holding both a gun and a watermelon at the same time. Unless you’re writing an investigative piece about the surprisingly cut-throat watermelon farming world, it’d be pretty darn hard to use that one.

One brand, however, was brave enough to accept BuzzFeed’s challenge: Totino’s Pizza Rolls.

On Tuesday, Totino’s released “Buzzfeed’s 50 Unusable Stock Photos: Used!,” turning each of the 50 stock photos into a completely ridiculous and awesome advertisement for pizza rolls. Our watermelon-wielding lady below is one of the most normal creations. Some of the rest almost qualify as pop art. Totally awful and amazing pop art. 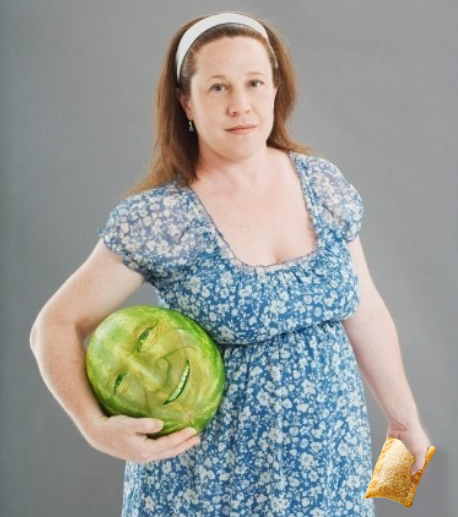 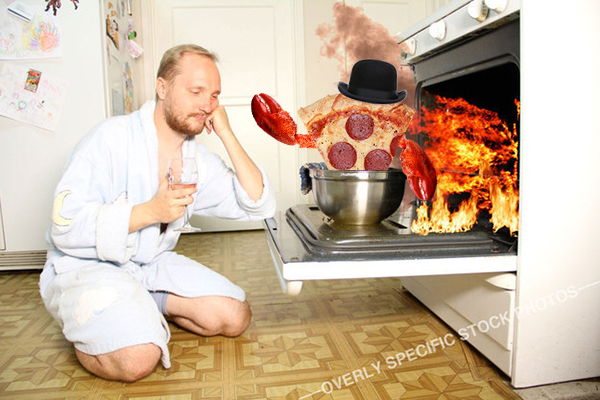 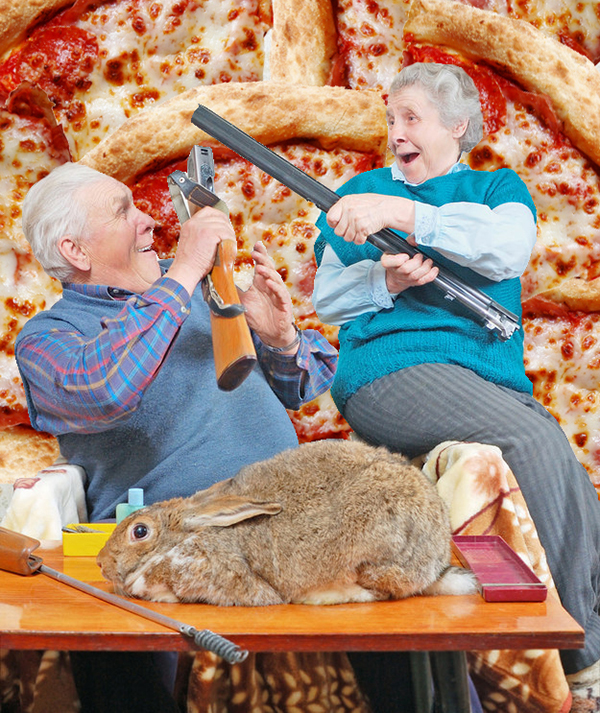 The post has quickly picked up steam, with over 11,000 shares so far. But don’t dismiss it as a one-off. As we profiled last week, Totino’s has been busy creating an entire content site that’s filled with crazy, pizza-related listicles: Totino’s Living. And their recent viral Tim and Eric ad officially promoted them to Crazy Train Conductor status:

We called it the trippiest content marketing campaign we’ve ever seen, and it’s only getting trippier. But all evidence suggests that this big brand risk is also a big hit. A look at the Totino’s Twitter feed, aka Pete Zaroll, will show that people are eating this campaign up, and for its part, Totino’s is stoking that engagement, soliciting fans for their wildest ideas and then featuring them on Totino’s Living’s “Idea Oven” and social media channels.

Becky Z actually took the time to draw that dog, write a superhero background story, and submit it to Totino’s. But you think that’s crazy fandom? Try the TV Headband of the Future on for size:

Clearly, being the weird, wild one at the party is working for Totino’s—they’re connecting with the sensibilities of their teenage and college-aged target audience. Branded content campaigns don’t usually generate so much engagement. But then again, most companies don’t Photoshop a demon man with pizza eyes snorting lettuce, either. 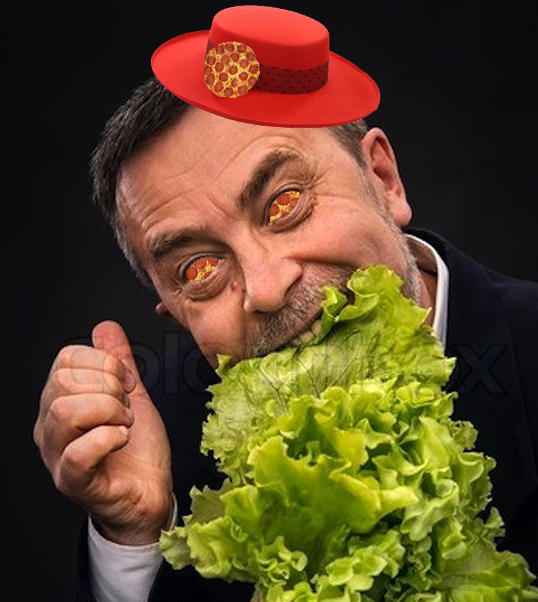 Nothing creates brand awareness like a picture of a demon man with pizza eyes snorting lettuce.