The Haters Have It Wrong: The Ice Bucket Challenge Is a Case Study in Great UGC Marketing

Benedict Cumberbatch. Lady Gaga. Your cousin’s old roommate. At this point, it’s almost easier to count the people who haven’t poured buckets of ice over their heads, thanks to the ALS Ice Bucket Challenge.

But where there is a social media phenomenon, there are its haters, and I don’t just mean Pamela Anderson. In a Slate article titled “Take the ‘No Ice Bucket’ Challenge,” Will Oremus proposes a campaign of his own:

It’s called the no ice bucket challenge, and it works like this:

Do not fetch a bucket, fill it with ice, or dump it on your head.

Do not film yourself or post anything on social media.

Just donate the damn money, whether to the ALS Association or to some other charity of your choice. And if it’s an organization you really believe in, feel free to politely encourage your friends and family to do the same.

If only life—and nonprofit marketing—were that simple.

Sure, it’s silly and perhaps not the most efficient use of water during a time when California is facing one of the most severe droughts ever recorded (a fact that prompted Matt Damon to douse himself in toilet water). But even Oremus concedes a rather key point: The Ice Bucket Challenge is working.

At the time Oremus’ article was published, the ALS Association had raised some $1.35 million since the challenge went viral. This is compared to a mere $22,000 raised during the same period the year before. A little more than two weeks later, that number has ballooned to $100 million—an amount generated by nearly 3 million new and old donors, according to the ALS Association.

True, the nonprofit didn’t start the campaign. Pro athletes did. And it really didn’t have anything to do with the neurodegenerative disease until 26-year-old golfer Chris Kennedy jumped on the trend in mid-July. Prior to his video, participants in the ice bucket challenge simply donated to a charity of their choosing.

Regardless of its origins, however, the ALS Ice Bucket Challenge stands as a testament to the power of campaigns that inspire people to create compelling content around a simple concept—something the marketing world has known about for some time.

And the numbers in a new study by Kentico Software, to be released on September 8, back that up.

According to the survey, “35% of those who donate online say they are sometimes moved to give more than planned when presented with compelling website content. But while visual content is commonly credited for amplifying many of today’s digital marketing efforts, when it comes to charities, donors are much more likely to respond to personal stories (35%) and statistics (32%) than images (6%) or videos (3%).”

“New donors can be extremely difficult to reach—even online, which is why nonprofit digital marketers must be incredibly creative,” said Kentico CEO and founder Petr Palas. “The ALS ice bucket challenge is a perfect example of how a non-profit organization can use creative, compelling, and inherently shareable content to introduce itself to millions of new potential donors.”

Just look at charity : water, a nonprofit that has long been a case study in how powerful user-generated content can be. Founded in 2006 with the goal of providing clean water for all, the organization allows anyone to create their own personalized campaign and share it with friends and family to compel them to donate.

“As Vik and I welcome our first child into the world, we want more children to have clean water,” one couple wrote on their campaign page. With more than 125 days to go, the duo is just 12 percent shy of their $200,000 goal. Foregoing wedding presents and birthday presents, running marathons and biking across America are just a few of the many ways participants are raising money to bring drinking water to the third world. 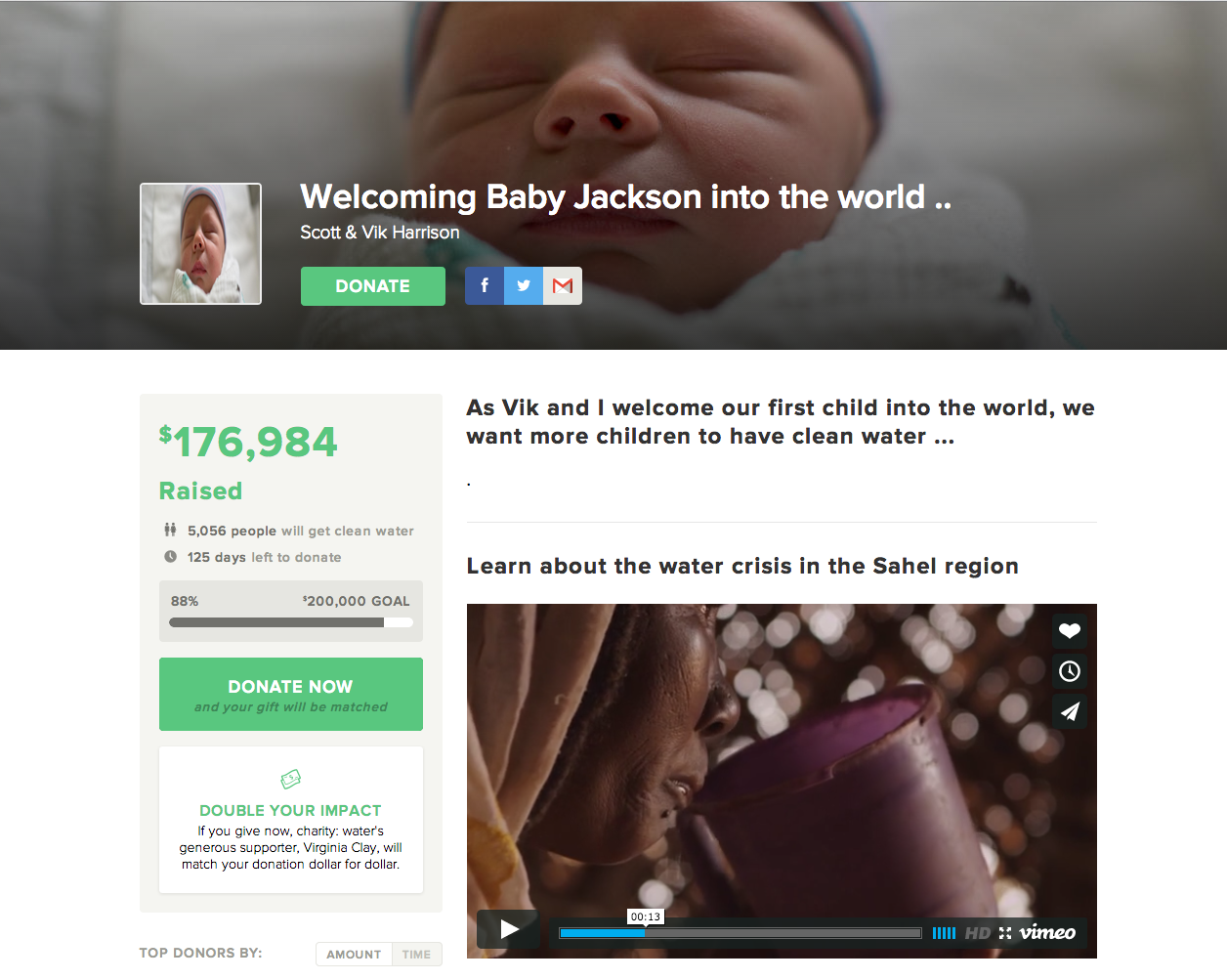 As for the corporate world, we need look no further than Nike and its “The Chance” campaign to see audience members transform into content creators for something they’re passionate about. Launched in 2010, “The Chance” grants youths throughout the world the opportunity to train at the Nike Academy. When all was said and done, participants had created 17,000 Facebook pages, which in turn allowed the brand to reach some 5.5 million additional fans, according to KISSmetrics. This was on top of 2,000 user-generated videos, 28,000 player posts, and more than 3.4 million YouTube views.

And then there’s Dove. In 2012, the brand took to Times Square, where they invited women to try out different products before having their picture taken. The images were then integrated into a dove-shaped mosaic and broadcasted onto three different live billboards. Women who didn’t happen to be in the area that day were still able to participate by uploading their photos online. As each new photo was added, the mosaic was updated to show it. Finally, a mobile app personalized the experience even further by featuring the user’s Facebook profile photo alongside 50 of her friends, who were then tagged and invited to submit a photo of their own to appear on the billboard.

In the end, the images were seen well beyond the Big Apple, appearing in online ads throughout the nation. Less than four months later when the campaign ended, it had generated more than 1 billion impressions, with awareness research indicating a nearly 11 percent lift in brand appeal and purchase intent.