Discovery Is Going to Stop Feeding People to Snakes, and There’s a Lesson in That for Content Marketers

“I don’t believe you’ll be seeing a person eaten by a snake during my time [here].”

When the president of your company says that, you know things have gotten bad. But the just-appointed president of Discovery Channel, Rich Ross, had to make that statement last week during the Television Critics Association press tour to let viewers and critics know that, under his leadership, the educational cable channel will stop producing misleading programming and deceptive mockumentaries. Specifically, Discovery will stop trying to feed a conservationist to an anaconda—but I’ll return to that in a minute.

Those sorts of attention-seeking stunts, long plaguing hallowed ground like the channel’s popular Shark Week, won’t fly now, and that’s the best news out of Discovery for years. After several highly publicized, highly criticized content missteps, Discovery is pivoting to regain trust with its viewers and re-prioritizing long-term relationships over short-term viewership numbers.

Discovery Channel’s most visible audience troubles stem from its Shark Week in August 2013, when it ran a documentary, Megalodon: The Monster Shark That Lives, about an extinct species of shark nearly 60 feet long, to kick off a week of shark-themed programming. Shark Week is the channel’s personal Super Bowl, with average primetime viewership during that 2013 period of 2.12 million people. The Megalodon special nabbed 5 million people, making it the most-watched program in the channel’s 30-year history. Shark Week is especially popular with the prized demographic of men ages 18 to 49, according to Deadline, and it was that week’s highest-rated franchise for the group.

This past summer, Discovery’s average audience during Shark Week was 2.48 million people, tops among all networks with men under 50. According to Variety, that was Discovery’s best week ever with women ages 18 to 49, boosted by the documentary Shark of Darkness: Wrath of Submarine, which had 3.83 million viewers.

The problem? Both Megalodon and Shark of Darkness were complete fabrications. More SyFy Channel than anything, these docufictions had almost no disclaimers to let viewers know that they were headed into nonsensical territory. They didn’t just fall short of journalism, but also of viewers’ expectations. For that, Discovery needed to repent. 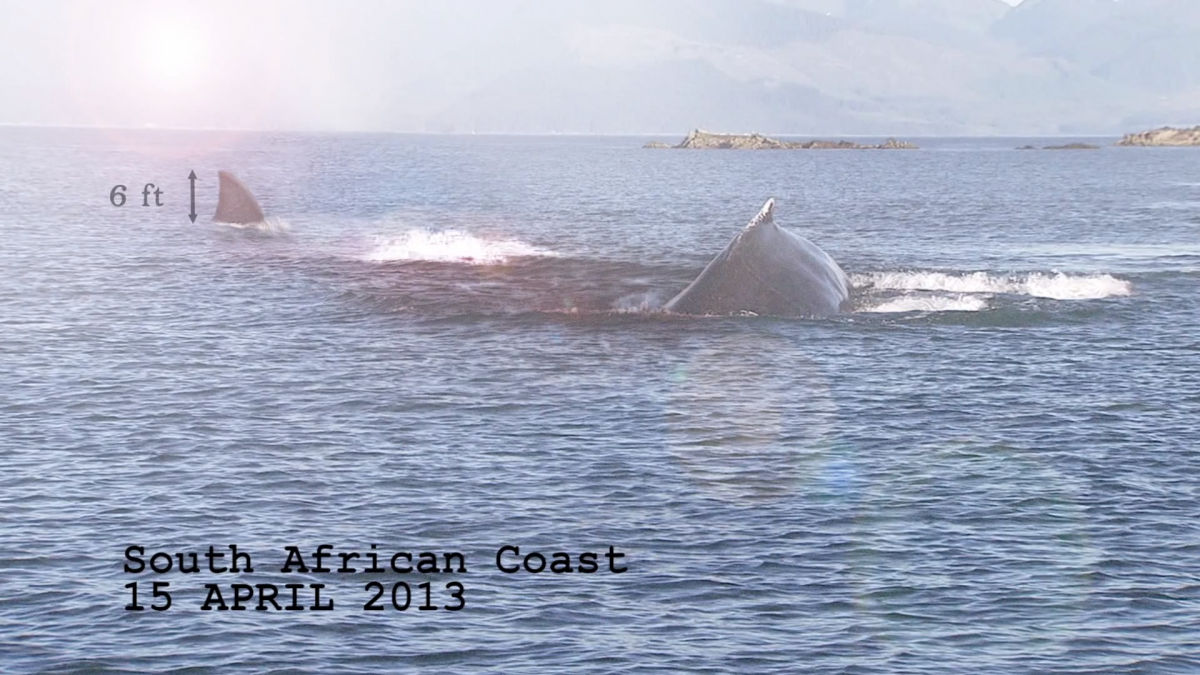 A still image from Discovery Channel’s 2014 Shark of Darkness mockumentary.

It’s worth mentioning that Shark Week has not, for the past decade or so, been particularly scientific. Many members of the conservationist and marine biology communities continue to talk out against Shark Week’s devolution from real, thoughtful exploration into speculation and, even more harmful, negative portrayals of the very animals they’ve set out to honor. By focusing on sharks’ supposedly “man-eater” potential, Discovery Channel has injured both the physical bodies and reputations of the fish, setting back work by educators and conservationists to protect and revive its dwindling populations. In that sense, Discovery has lost the trust of the experts it should be courting to help support truly educational content.

The flat-out lies of the mockumentaries, however, did the most damage. Viewers expressed their outrage on social media and called for a boycott. “Same bullshit, new Shark Week,” Gawker exclaimed. But Discovery must have thought the record-level numbers were worth the griping, because they initially backed up their content decision with not only a defense of the first mockumentary but with that follow-up mockumentary the next year.

“With a whole week of Shark Week programming ahead of us, we wanted to explore the possibilities of Megalodon,” Michael Sorensen, Shark Week’s executive producer, said in a statement to Fox News in 2013. “It’s one of the most debated shark discussions of all time: Can Megalodon exist today? It’s [the] ultimate Shark Week fantasy. The stories have been out there for years and with 95 percent of the ocean unexplored, who really knows?”

Discovery wanted its viewers to believe that raising questions is part of its mission— “satisfying curiosity, engaging and entertaining viewers with high-quality content,” according to its website. But uncritically entertaining myths even less popular than Sasquatch (which has gotten plenty of attention on sister channel Animal Planet) are far from high-quality content, and certainly didn’t satisfy viewers—let alone respect their intelligence. With proper fiction labeling and skeptical couching, perhaps, Discovery could have gotten away with some “fantasy” fun. But it chose to fool its audience instead.

It’s a devil’s deal for a media company, brand, or anyone else creating content for public consumption: Should it trade its soul for an inflated reach? What companies like Discovery sometimes fail to consider when creating content is that their soul is everything. One or two big audience grabs are not worth the inevitable fallout from a brand making a move that endangers the trust of its core viewers and fans. As everyone in the media world is starting to realize, raw audience numbers don’t matter nearly as much as the strength, depth, and trust of the relationship with your viewers and readers.

Luckily, Discovery pulled back before they reached the point of no return. The last straw, as Rich Ross addressed, was this past December’s poorly labeled and executed Eaten Alive special, in which Paul Rosolie sought to experience being eaten whole by an anaconda. It didn’t work. The staged stunt, as Vox explains, began with a sketchily certified “expert,” continued with sensational storytelling that failed to stand up to scrutiny by the many herpetologists who tuned in, and ended with nobody actually being eaten alive.

This guy had one job. Literally one fucking job to get eaten alive and he fucked it up

So it’s a relief that the new leader of Discovery is pledging to move the channel away from these spectacles. “They’ve done very well, some of them, but it’s something that I don’t think is right for us,” Ross said. By this time next year, Ross pledged, Discovery as a brand will have taken its throne in the kingdom of authenticity and, hopefully, will have left the fake sharks and carnage to Sharknado.