5 Reasons These Branded Tumblrs Were a Huge Success

Adverting Week was filled with panels that ran the gamut—from 20 panels touching on programmatic advertising to an evening with Michael Strahan, where he talked about slimming down with Jane Fonda VHS workout tapes. That was pretty amazing, but we were also on the lookout for content success stories; so, of course, we had to go to the panel claiming to cover just that.

In a theater in Times Square, Mashable’s business and marketing editor, Todd Wasserman, came together with executives from Tumblr, Yahoo, and Johnson & Johnson to talk about what Yahoo and Tumblr have learned from its widely praised experiments with branded content. Tumblr is a greatly underrated social media platform for branded content; few realize that the average Tumblr sponsored post gets shared 10,000 times.

Lexus has run multiple campaigns with dedicated Tumblr sites, and Send Them a Signal is their latest effort. The panel praised it for not reaching a wide berth of Tumblr’s audience—not just the car fanatics. The Tumblr’s artsy, GIF-tastic posts are designed to appeal to Tumblr’s image-craving user base. 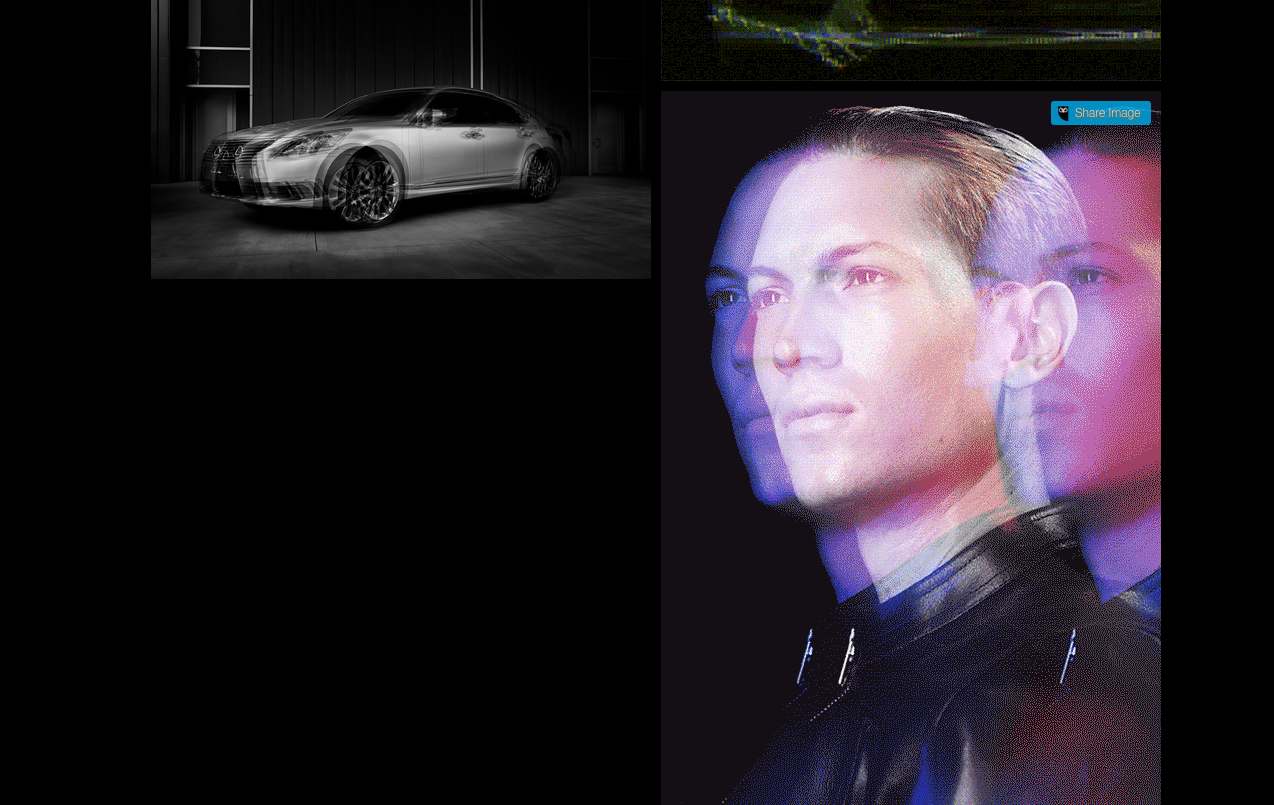 Next to earn praise was Hyundai, which created a Tumblr, #BecauseFutbol, for the FIFA World Cup this summer. The site is full of original illustrations and art celebrating both the Cup and people who obsess over it. “To this day that content is earning for them,” said Hayes. 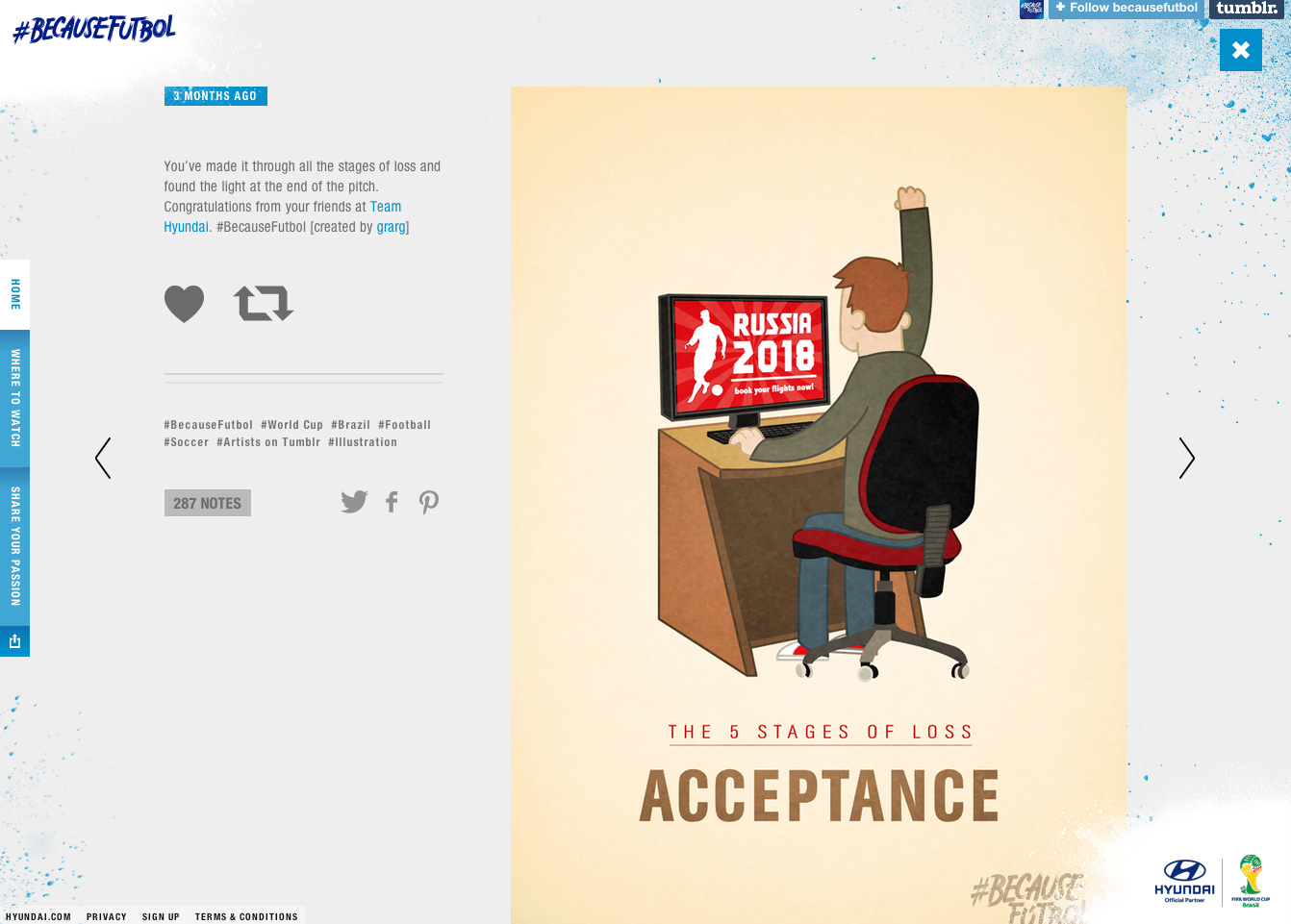 IBM, whose wide-reaching content success has set an industry standard, was also praised as a standout for its “IBMblr.” 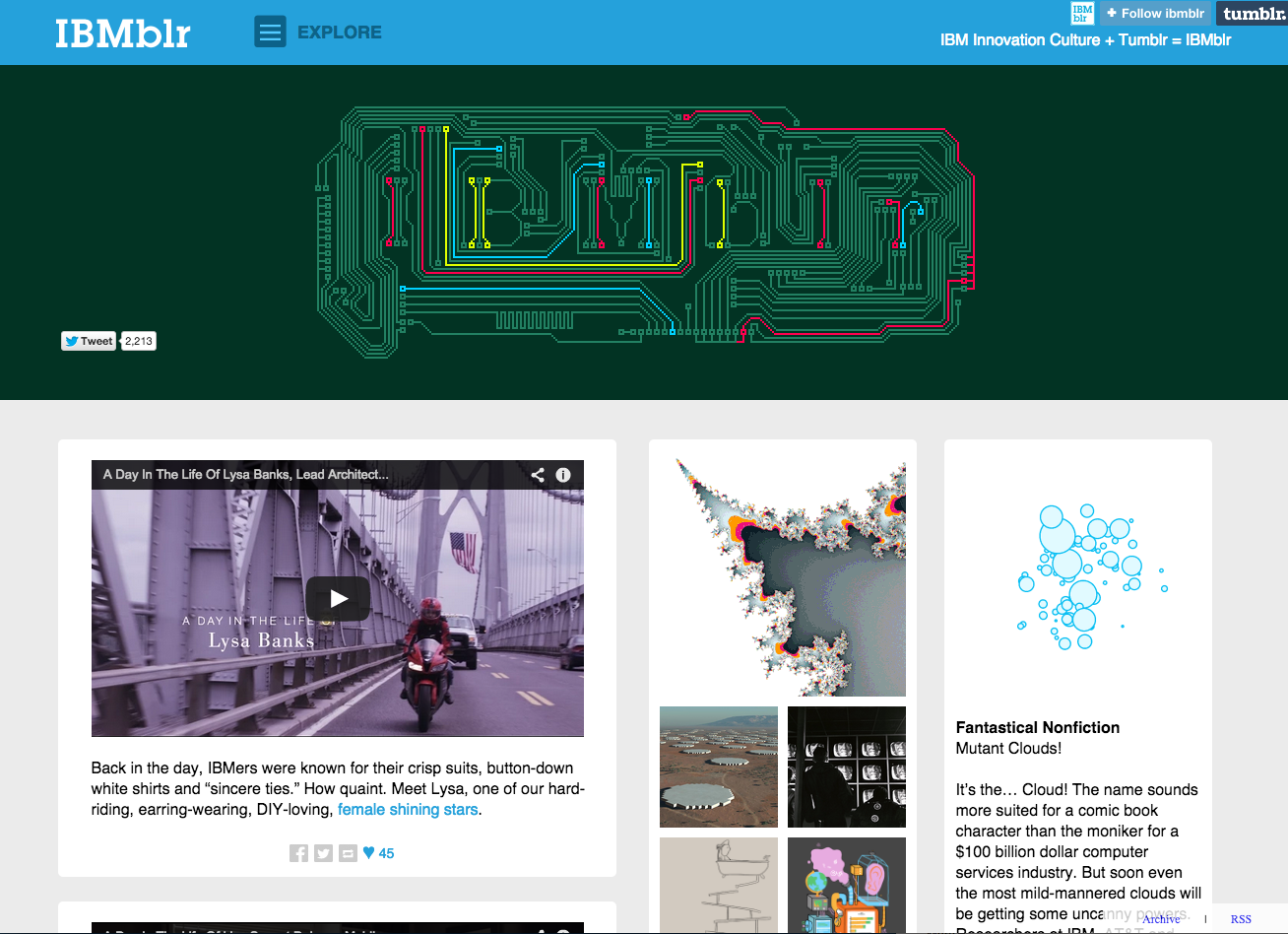 So, let’s get to the big question: Why did these campaigns work?

First, the campaigns reach a specific audience because the brands don’t just talk about their own products but greater interest areas. For Lexus, that’s meant focusing on dance, fashion, and design. “They didn’t talk about their car so much,” said Hayes.

Second, these brands published consistently, and rewarded users for following them. “Every day we have a piece of content,” said Holdsworth. “You could have done content in a print publication but you couldn’t have done 365 ads. That’s the evolution of it. We’re seeing great success with it.”

“We take that content and through the Yahoo channels it is dispersed and also our other media—Facebook or Twitter, our websites and other blogs,” said Foster. “Tumblr has this amazing creative canvas but being able to distribute that across 800 million users to the right folks and to drive scale back—that’s important.”

Fourth, Tumblr is one of the best platforms for engaging users via mobile. “I think we can all agree we got it wrong the first time around with ads in mobile,” said Hayes. “With a user experience that’s a never-ending stream or continuous ingestion of information, you have to find an ad unit that isn’t too jarring but which will also help the marketer achieve their goals.”

Our fifth takeaway is that brands are finally realizing that content marketing isn’t a fad; brands creating content that people actually want to consume is the new normal, and it’s a great thing.

“The idea that a brand can become a publisher and be always on and talk to their base and not always need to sell a product is a great thing,” said Hayes. “It’s a great shift for the industry.”