The 2014 Brand Response Awards: Celebrating the Content That Turned Backlash Into a Big Win

Brands create bold campaigns because they want to spark discussions and align themselves with causes they believe in. But for every strong opinion, there’s an equally passionate opposing argument, meaning brands that stand on their soapbox are bound to deal with some backlash—no matter how engaging the speech.

Take a look at how these brands responded to a wave of negativity and hate.

Any time a brand comes out in support of gay or interracial families, there’s bound to be some group that expresses their outrage. That was the case after the graham cracker company Honey Maid released an ad called “This Is Wholesome,” which showcased different types of families, including those with mixed races and same-sex parents. After the anti-gay group One Million Moms started rallying against the ad, Honey Maid responded with a even more powerful piece of content.

The rebuttal video was a huge success, garnering 3.8 million views on YouTube and tons of press. LGBT online magazine The Advocate heaped its praises, saying: “What makes this video even better is the way it highlights the overwhelming number of positive responses to the brand’s push for more diverse representations in commercial.”

While Honey Maid may have been able to anticipate the backlash to their campaign, we’re guessing Gap didn’t expect the controversy that came to surround their latest ad campaign, which featured Sikh model Waris Ahluwalia.

When one of the subway ads was vandalized by someone who crossed out the words “make love” and replaced them with “make bombs,” Islamic Monthly senior editor Arsalan Iftikhar tweeted a photo of the defaced billboard to his 40,000 followers. The media quickly picked up on it, sending the story spiraling.

While Gap could have responded by quietly changing out the billboards, or ignoring it (after all, what subway billboards aren’t vandalized?), they decided to send a swift and clear message.

Gap connected with Iftikhar on Twitter to get the location of the defaced ad, and then immediately updated its Facebook and Twitter cover photos to put Ahluwalia front and center. The move wasn’t a drastic one, but it was the perfect way to communicate the company’s support of the Sikh community. 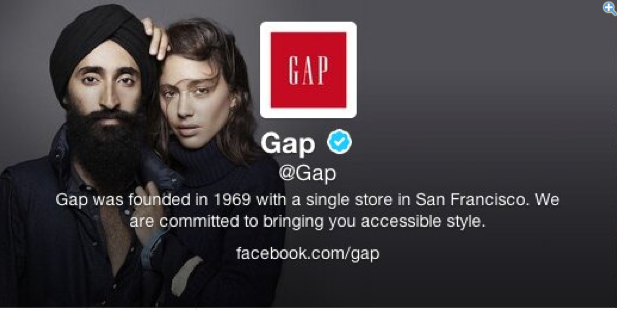 You probably recall the controversy surrounded Cheerios’ 2013 commercial, “Just Checking,” featuring a biracial family. While most of the free-thinking world wouldn’t give it a second thought, online hate began to spew almost immediately.

General Mills responded by shutting down YouTube comments. For the next nine months, the company basically ignored the critics. But it was all building up to their big 2014 Super Bowl ad, titled “Gracie,” which featured the same family.

While the bigwigs at General Mills stayed quiet, YouTube filmmakers the Fine Bros. took it upon themselves to confront the controversy head-on by capturing kids’ baffled responses to the controversy. Their video received over 7.6 million views, compared to the 5.3 million that “Gracie” has.

Walmart has to work really hard when it comes to reputation management since it’s the big corporate giant that everyone loves to hate. But poor Mike Rowe! After the “Dirty Jobs” host narrated a Walmart ad, “I Am a factory,” about the company’s commitment to American manufacturing, he actually began receiving death threats from angry critics of the retail chain. Yikes! He then went on the media circuit to defend his involvement with the company.

For the next phase of its campaign to celebrate the American workforce, Walmart knew it had to choose a new spokesperson, someone with whom the public could find no fault. The retail giant released the story of Patrick Gallagher of Akron, Ohio, whose triumph over mental and physical disabilities is simply heartwarming.

As Business Insider explains, “The ad continues Walmart’s ‘Work Is a Beautiful Thing’ campaign, which seeks to shift the focus from the company’s much-maligned labor practices to the fulfillment people like Patrick get from their manufacturing jobs. As stated during previous ads in the campaign, which is being run by the ad agency Saatchi & Saatchi, Walmart has pledged to purchase $250 billion of American-made products over the next 10 years.”

It’s hard to find fault with that!

With the Internet offering anyone the chance to throw stones from behind the protection of a screen, it’s nearly impossible to present a piece of content for which there will be no critics, especially if it involves a subject matter that breeds controversy. When brands choose to respond in a creative and productive way, however, they can transform that negativity into an amplification of their intended message. And, sometimes, they can even turn brand hate into brand love.