Some Publishers Hide Traffic Numbers From Writers. Here’s Why

The Verge is one of the biggest and most influential technology news sites in the world, with 8.6 million monthly unique visitors and a staff of top-notch tech reporters. These are some Internet-savvy editors and writers who probably know as much if not more about how to build an audience online than anyone in the business.

Yet the editors at The Verge have a policy that seems a little bit odd and anachronistic: They don’t let writers see how much traffic their stories generate. Ever.

As the American Journalism Review reported, in a piece called “No Analytics for You: Why The Verge Declines To Share Detailed Metrics With Reporters,” the editors at The Verge simply don’t want their writers thinking about traffic.

“We used to show the writers and editors traffic, and told them to grow it; but it had the wrong effect. So we stopped,” says Jason Pontin, CEO, editor-in-chief, and publisher of MIT Technology Review. “The unintended consequence of showing them traffic, and encouraging them to work to grow total audience, is that they became traffic whores. Whereas I really wanted them to focus on insight, storytelling, and scoops: quality.”

That phrase—“traffic whore”—tells you everything you need to know about why some journalists have an aversion to chasing traffic. They fear it creates an incentive to do the wrong things.

“As a general rule, we do not judge writers by numbers,” says Kara Swisher, the co-executive editor at Re/code, the new name for the former AllThingsD team. “In fact, we discourage it and urge them to cover what they think is right. We do not ignore traffic—we pay attention to what works in headlines—but we don’t put press on reporters to hit numbers.”

The sentiment holds across a lot of other places, at least according to an informal poll of journalist friends:

Quentin Hardy, deputy tech editor at The New York Times notes, via email, that reporters can find traffic data if they do some digging, but “the real question is how it drives thinking. Here it would not be considered something useful to over-obsess about. I have certainly never seen anyone write a story strictly because of the traffic it would get. To do so might arguably seem corrosive. We are much more focused on securing and growing a certain type of readership, usually educated and curious, which values accuracy, depth of knowledge, and reliability as much as speed.”

A reporter at a leading business newspaper says her editor stopped providing traffic stats, and she’s glad. She can tell which stories resonate based on comments and social shares. But “very rarely” does anyone in editorial actually talk about traffic.

Not everyone in the media business agrees. Sites like Gawker and Business Insider measure everything, and argue that to do otherwise would be either naive or ridiculous or both.

Gawker founder Nick Denton displays traffic info on the wall of the Gawker newsroom showing Chartbeat info for the whole Gawker network as well as data on individual writers. Denton knows that most newspapers still keep writers in the dark about traffic, but “I don’t really care what they do. We find that numbers keeps a writer conscious of an audience; and managers alert to the motivation of the writer.”

Also, Denton points out, “Not every reader is created equal. Some are worth 100x or 1000x as much, if they also contribute, for instance, or promote us on social media or the traditional press. So we’re working to improve our measure of readership, to weight certain readers more heavily.” 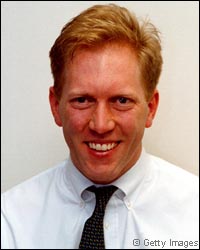 Henry Blodget, CEO and editor of Business Insider, says: “We write for our readers, and our analytics allow us to do a much better job serving them. We cover what we think is important. And the moment we hit ‘publish,’ we get to see whether our readers agree that it’s important.

“On a personal note, not knowing or caring about readership just seems bizarre to me,” Blodget adds. “After a decade of working in this medium, I could not imagine writing without knowing how well I was connecting with my readers. That’s one of the joys of digital—the fact that you know that instantly. Back when I was writing for magazines, I had no idea how many people read my stories or whether they liked them or found them helpful or meaningful. I can’t imagine going back to that.”

When I worked at Forbes and Newsweek we could see the numbers on our stories if we wanted to see them. Most of the time I didn’t ask, but if something was really taking off I’d check in to see what the total was. Even when I ran my own blog, The Secret Diary of Steve Jobs, I didn’t obsess about traffic. Sometimes I had advertisers, so I needed to tell them how many people they were reaching. But I never set out to “get traffic.” I just wrote what I wanted to write. Whatever happened, happened.

That said, I’ll be honest—when something really does take off, it’s exhilarating. And it’s addictive. You get that rush, and you want it again and again. I agree with Henry Blodget that one of the best things about writing for the web rather than writing for print is that you can actually see a story taking off. It’s a rush watching those numbers skyrocket. Any writer who says he or she doesn’t get off on that is just flat-out lying.

Some of my colleagues on the HubSpot blogging team were shocked by the story about The Verge and almost couldn’t believe it was true. “This just seems CRAZY,” one wrote on email.

Of course at HubSpot we measure everything. There’s a relentless focus on numbers. This is our gospel, after all. This one thing HubSpot’s product helps you do; it lets you publish content and track how well that content is performing.

Our bloggers don’t just look at traffic data; they study that data (and plenty of other data), and analyze it, and slice and dice it, and pore through it. We even have someone whose main job is to stay on top of the analytics around our blog.

Moreover, and most important: Unlike journalists, our bloggers absolutely set out to get traffic and openly cop to doing so, without apology and without any sense of stigma. We consciously set out to create blog posts that we think will capture lots of views.

We have to watch the numbers. We’re under pressure to hit our traffic and leads numbers every month. We have an SLA with our sales department, a number of leads we’ve committed to deliver every month. And we’re expected to keep those numbers going up.

When you’re operating a lead gen blog, content is a means to an end, not an end in itself. A “win” for us is totally different than a “win” for The New York Times. In our world, the idea of never looking at traffic numbers seems quaint, or snooty, or maybe even hopelessly outdated, a sign that you’ve lost touch with reality.

It seems to me that even in a marketing setting, even if the goal is lead generation, there may be something to be learned from those snooty editors who keep their writers in the dark. Maybe it’s just because I’ve been a journalist all my life, and I can’t get those old values out of my bloodstream. But I believe that there may be a middle ground, one where you watch the numbers and are aware of them without becoming a slave to them.

Oddly enough when I did the reporting for a recent e-book titled The CMO’s Guide to Brand Journalism, most of the brand journalists I spoke to said they keep an eye on traffic stats, but aren’t driven by them and don’t feel any pressure to boost uniques and page views from month to month.

But also they are betting that they are better off trying to focus on doing quality work, because quality is what will enable content to stand out in a world that gets noisier every day.

There’s another reason that some journalists don’t get obsessed with traffic, and it has nothing to do with snobbery and everything to do with business. It’s that they’ve learned that chasing traffic for the sake of traffic can be a fool’s errand.

Finally, in case you’re wondering: Yes, I wrote this story hoping that it would get a lot of traffic.