Over that period, Facebook referral traffic (on desktop, not mobile) to BuzzFeed fell 41 percent. For Fox News, the drop was 48 percent. For the Huffington Post, it was an astonishing 60 percent.

These drops, shocking as they are, are nonetheless concurrent with Facebook’s claim that it’s sending more overall traffic to publishers.

“Over the past two years, we’ve seen referral traffic to publishers from Facebook grow significantly, nearly across the board,” Facebook said in a statement to Digiday. “As the number of posts to Facebook has increased substantially over the past few months, there has been a corresponding increase in the amount of potential posts to show any one person, which impacts reach. … On the whole, referrals to the top 1,000 publishers are at the same level today as they were in January.”

Whether that’s true or not, the “corresponding increase” hasn’t necessarily helped. Total engagement on brands’ and publishers’ pages has fallen precipitously, at odds with both Digiday’s report and Facebook’s apparent desire to keep people within its ecosystem. Using SumoRank, an analytics tool created by BuzzSumo that lets you instantly get data on any Facebook page, you can track the estimated total monthly interactions (i.e., comments, likes, shares) for both brands and publishers. Almost without exception—seriously, plug any publisher into SumoRank—total engagement on Facebook is down since May.

You could argue that this is an obvious result of Facebook prioritizing Instant Articles over sending users to external sites. But two of the most notable early adopters of Instant Articles, the Times and Refinery29, have seen their engagement flatline. Relying on Facebook as a source of readers, then, appears to be a Catch-22: Publishers can either lose engagement and referral traffic from Facebook, or they can embrace Instant Articles and have their content hosted directly on Facebook, thereby relinquishing control over it.

We’re not on Instant Articles—yet, anyway—and sure enough, we’ve seen a drop-off on our own Facebook page. In fairness, though, we’re a different case: a content marketing technology company with a well-read digital publication.

It’s not all doom and gloom for us on Facebook. In October, one social media strategy worked exceedingly well: paid content distribution on Facebook. Every month, we run small paid Facebook campaigns to boost our best content, and by most meaningful metrics—click-through rates, cost per click, overall referral traffic—last month was our best ever on Facebook by a wide margin: 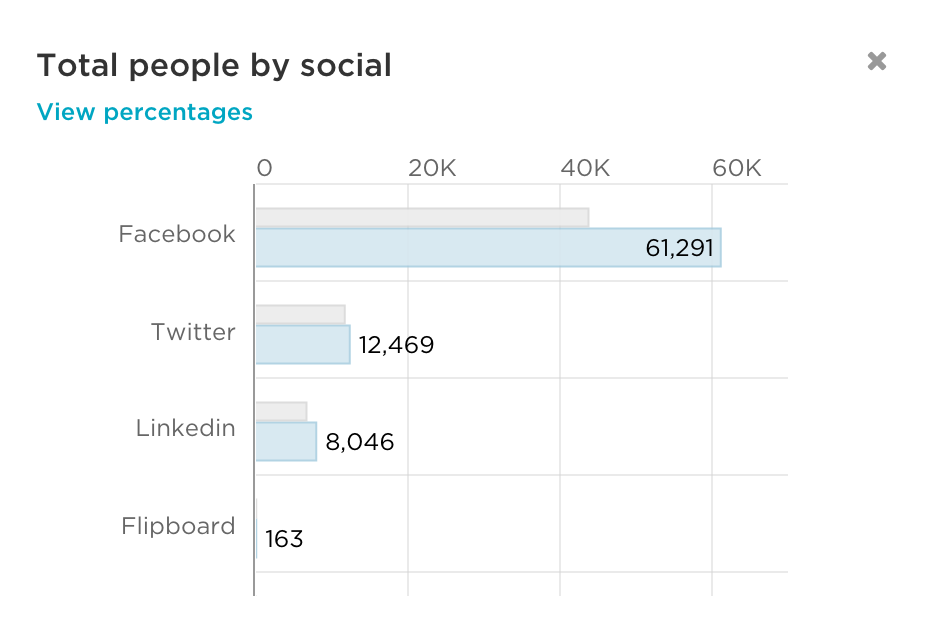 Here we come to the truth about Facebook. With so much uncertainty surrounding the perpetually changing News Feed algorithm, it appears that buying paid distribution is the only way to guarantee that you’ll hit your engagement goals. That isn’t all bad news since Facebook is the most effective content distribution platform available today. But if you want people to see your content, one thing is clear—you’re going to have to pay to play.