In seventh grade biology, I became weirdly obsessed with symbiotic relationships—those situations where both parties help themselves by helping each other. Think of dogs and humans, or, if you’re into Finding Nemo like me, think of clown fish and sea anemones.

I loved the idea that out in the wild there were these relationships where different creatures—oftentimes completely different species—were helping each other out. For example, certain species of small fish eat parasites off of larger fish. Or take a certain species of ant that lives in the acai tree: The tree provides food and shelter for the ants, and in exchange, the fierce little ants attack anything that comes near the tree.

It’s the classic “You scratch my back, I scratch yours” dynamic.

This is the relationship that public relations professional and reporters should have with one another. Too often, however, this isn’t the case.

Public relations gets a bad rap, which bothers me since I’m Contently’s communications manager. Often, us PR professionals are portrayed as opportunistic spin doctors who don’t do our homework and drive reporters crazy. On the flip side, critics of the press often say that reporters are overworked and/or lazy, content to copy and paste from press releases instead of doing real reporting.

Although both of those stereotypes exist, the reality is that there are a lot of folks in the media who—just like the ant and the acai tree—have individual motives but work together for mutual benefit.

From the public relations standpoint, I’ve found that there is one secret to success that helps fulfill your side of this symbiotic relationship: valuable content.

Let’s take a look at a few examples of how you can use content to boost your public relations game.

This summer, we produced a study about how readers perceive native advertisements (spoiler alert: They’re confused). We invested a lot of time and resources into the survey, and we saw some of our highest engagement times ever. But original research also leads to another wonderful benefit—the press loves covering it, and we received significant coverage of the study from the publications our ideal customers read.

As press covers the study, additional outlets pick it up, creating a halo effect that allows the PR team to offer valuable information to reporters that will take your research more seriously. The coverage for our study ranged from full feature articles to mentions of the project in trend pieces about the content marketing industry.

Editors have a love–hate relationship with executive bylines. The hope is that they provide publishers with a great opportunity to get well-known names to contribute interesting insight that leads to clicks and reader loyalty. But what often happens is that editors receive poorly written company messaging wrapped in a weak narrative—something top-tier outlets will never publish.

From the PR perspective, having your executive draft a byline can be a huge hassle. They often use a lot of industry jargon, and editing your boss’s work can be awkward, to say the least. If you’re already creating content as a company, however, then you’ll have the systems in place to make this whole process much easier.

Another plus of having a content marketing operation is that you’ll have a place to publish no matter what. For example, our CEO, Joe Coleman, recently wrote a byline about combining technology and talent for Fast Company, introducing our company to a new audience and positioning our CEO as a thought leader. But if Fast Company had turned down the piece, we would have been able to publish it here on The Content Strategist. Either way, readers were going to benefit from Joe’s insight.

One of a few things I do to prove ROI on public relations is monitor press coverage. Taking a look at last quarter as an example, roughly 40 percent of our press coverage came from media outlets citing The Content Strategist, which means almost half of our coverage wouldn’t have existed without our own original content.

For larger articles, like our original study, or for a particularly hot topic, I use our articles as an opportunity to proactively reach out to reporters, which can turn into a full feature. Doing this also gives me the chance to offer reporters something interesting that has nothing to do with pushing our product or brand messaging, which forwards our relationship and demonstrates that I understand their beats.

A great example of another brand that does this is General Mills, which turned an interesting article on their blog into a feature in The New York Times, the gold standard for press coverage.

And as an added bonus, in the same way that content can help you achieve your PR goals, PR can help a content team achieve its goals. A few weeks ago, at the Contently Summit, Paul Dunay, financial services marketing leader at PricewaterhouseCoopers, explained that a key indicator of content marketing ROI is earned media coverage. This success might come from media members covering existing content or from reporters who read the content and, as a result, request an interview with an executive. Either way, your PR score should skyrocket.

At the highest level, overarching brand awareness is one of the most critical PR goals. At Contently, creating smart content for our own publication and in the larger media community positions our executives as industry leaders. This approach leads to a lot of media requests not only for quotations that are highly targeted to the audience we want to reach, but also for national broadcast media appearances, which showcase the company’s name and reputation to a broad audience. 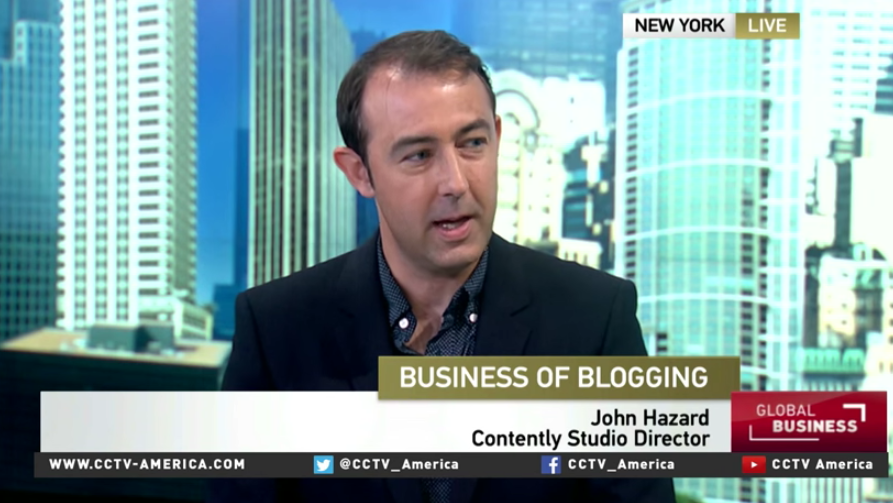 For example, Dillon Baker, an associate editor at Contently, frequently writes about the future of media, a hot topic these days, and after he wrote a timely article about editorial independence that received attention from the press, the Columbia Journalism Review asked him to speak on the record. The interview positioned Dillon as an industry expert, and CJR‘s story referred to Contently as a “brand marketing giant,” wins for both the content and the PR teams.

Speaking engagements are huge lead generators and important parts of public relations initiatives. The important thing about speaking is that you need something new or noteworthy to say, and that’s where content comes in.

Because conference organizers have seen our executives published or quoted in noteworthy media outlets including TCS, they know that our speakers won’t give the audience a thinly veiled sales pitch. In other words, our reputation in the events world is rock-solid, which leads to a lot of speaking requests.

Content also gives me a stable of articles and media appearances I can use to proactively pitch speaking opportunities—particularly helpful when trying to make inroads in a new location. For example, Contently opened an office in London earlier this year, and for a PR person it can be difficult to build connections in a new city, let alone a new continent. By putting together a kit that included a highlight reel of previous speaking appearances and links to executive bylines, we were able to pitch speaking engagements in the U.K., which ultimately helped us create contacts in the new market. 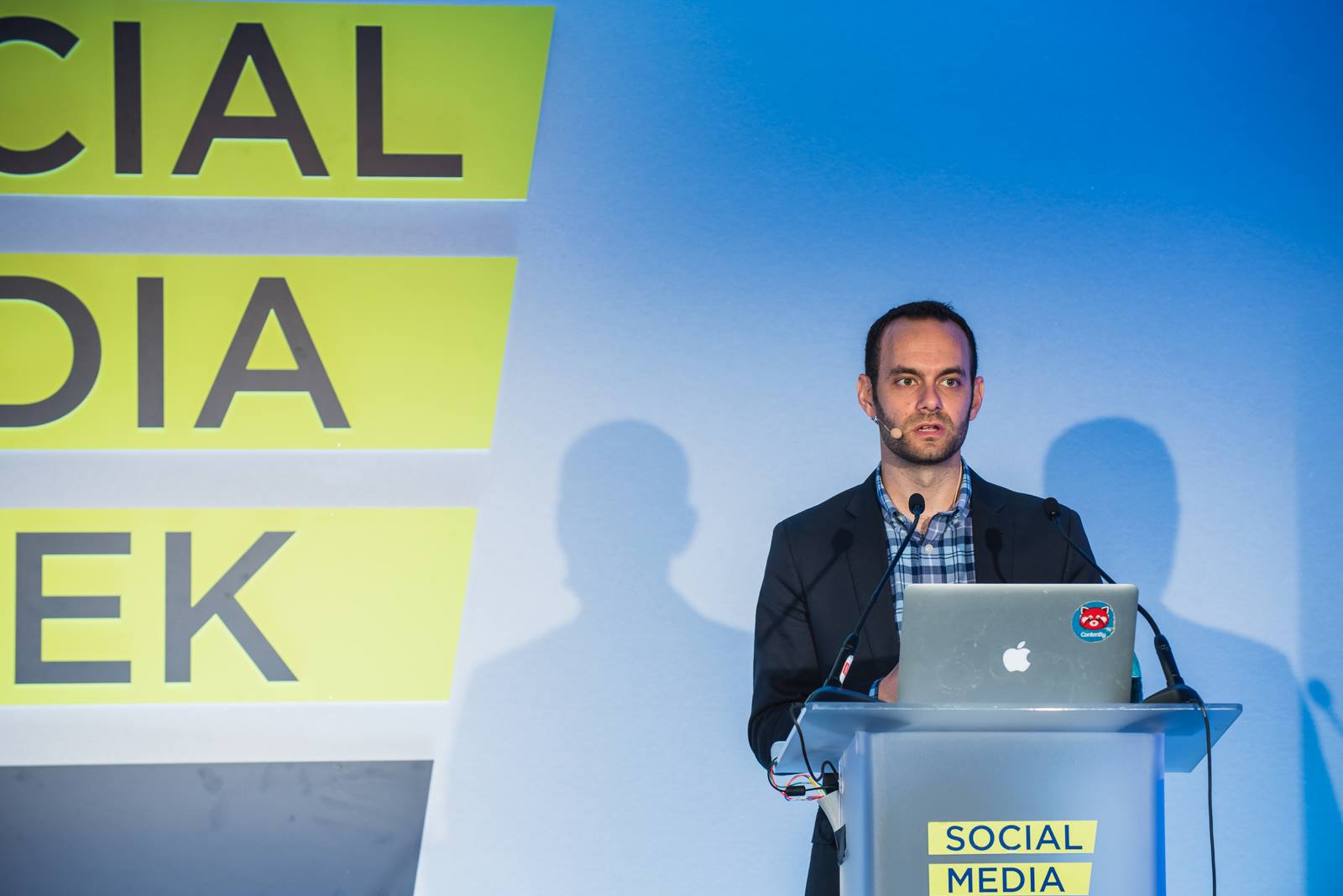 As I’ve alluded to above, content marketing and public relations typically shouldn’t include promotion. But there is a time and place for company announcements, and if you have a good system set up, they don’t have to bore you to sleep.

Let’s look at General Mills again: After launching a new beer (yes, a beer), the communications team published an article (that doesn’t sound like a robot wrote it!) on the company blog about the product. Within a day, it led to press coverage in national outlets like Fortune, NPR, and NBC News because General Mills built up the announcement as a story worth covering. Also, by introducing news in a format that people actually enjoy, the press has a reason to link back to your site, increasing your blog’s visibility. 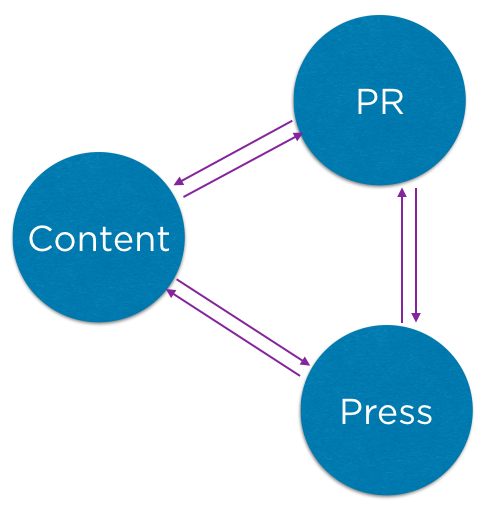