With a string of viral stories, GE Reports has been on a roll lately, setting a new standard for brand publishing by writing about innovative technologies like this revolutionary CT scan machine and these tiny sensors inspired by butterfly wings. GE’s pieces are well-written, but more importantly, there are a ton of GIFs.

But GE isn’t only interested in the future of technology. Embracing that 130-year-old history also means creating content that looks at the past. Specifically, I’m talking about a GIF of boxing kitties from 1894 shot by Thomas Edison on one of the world’s first movie cameras. Look at this GIF. Study it. Be mesmerized by it. This is the greatest piece of content marketing you’re going to see today.

In a post about Edison’s early films, GE Reports explains the technology of the device that made this wonderful film (and resulting GIF) possible:

Fresh from inventing the recording and playback machine (1877), and the practical light bulb (1879), Thomas Edison focused on moving pictures. In 1889, he filed a patent for the Kinetograph, an early movie camera. The wooden box didn’t look like much. Inside was a complicated mechanism that used a sprocket powered by an electric motor to pull the perforated edge of unexposed celluloid film—it had been recently invented by George Eastman—in front of a lens at a speed of 46 frames per second. The device was so large that Edison called it the “dog house.”

If you’re prepared for even more cuteness, check out the full video below:

I think this pretty much proves that even if Thomas Edison were alive today, he would have invented BuzzFeed. With instincts that said, “I’m going to build a wooden box so I can film two kitties fighting each other,” the Internet would have been his oyster. 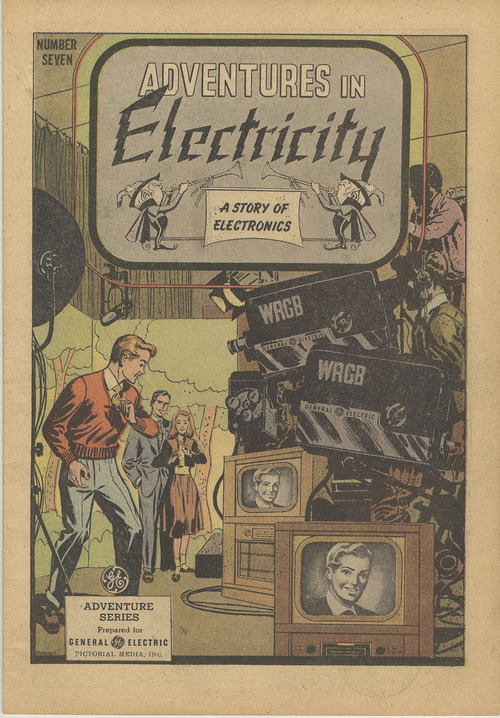 “What I like is that it shows that the idea of content marketing has been around for a long time,” Kellner wrote via email. “Here’s a big company in the 1950s embracing a viral and somewhat controversial phenomenon to reach an audience it didn’t have. 3M print run is gigantic!”

To dig into these comics more, check out the full story. It even has details on the legal approval process! But before you head over to GE Reports, stare a bit longer at that boxing-kitty GIF. Seriously, if we ever figure out how to resurrect the dead, Jonah Peretti better watch out.