Are You Ready for Some X-Treme Content Marketing?! [Contently Comic] 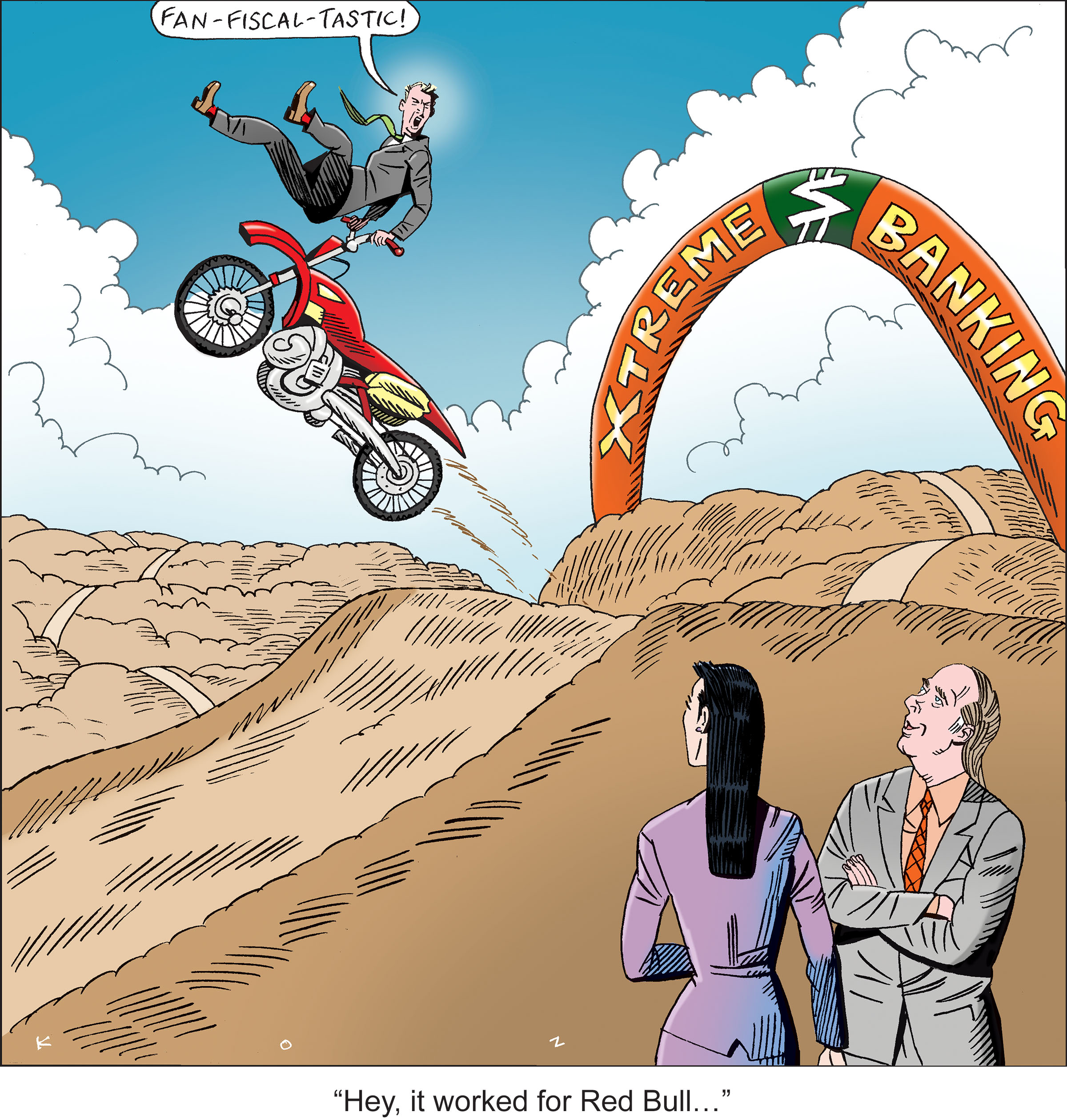 And the answer is always Red Bull.

Don’t get me wrong—Red Bull’s 135-employee media house kicks ass. They make awesome films, records, sports shows, albums, etc., and all that stuff convinces me to spend that extra dollar every time I go to the bodega to buy a Red Bull over a can of Monster that’s twice the size. And several times a year, I’m also one of those jackasses who saunters on stage and rambles about how Red Bull is so great.

But there are consequences to Red Bull getting 95 percent of our content marketing love—they’ve become the only role model for the industry. It’s like the content marketing world is a small town in Texas where everyone thinks the only way out is to become a professional athlete. Clear eyes. Full hearts. EXTREME BANKING.

Anyway, just in case you’re thinking of trying to hijack this trend and forge some insane connection between your vacuum cleaner (or orange soda or bar soap) and extreme sports… just don’t. Red Bull made it happen by spending years embedding themselves deeply in the extreme sports world. They earned authenticity by putting in the work to align themselves with the extreme sports culture and by smartly positioning themselves as daredevil fuel.

Trust me, there’s always something cool, funny, or smart that your brand can talk about in an interesting way. There are people out there with amazing stories, and you can be the one to tell those stories. But for God’s sake, step away from the mountain bike.