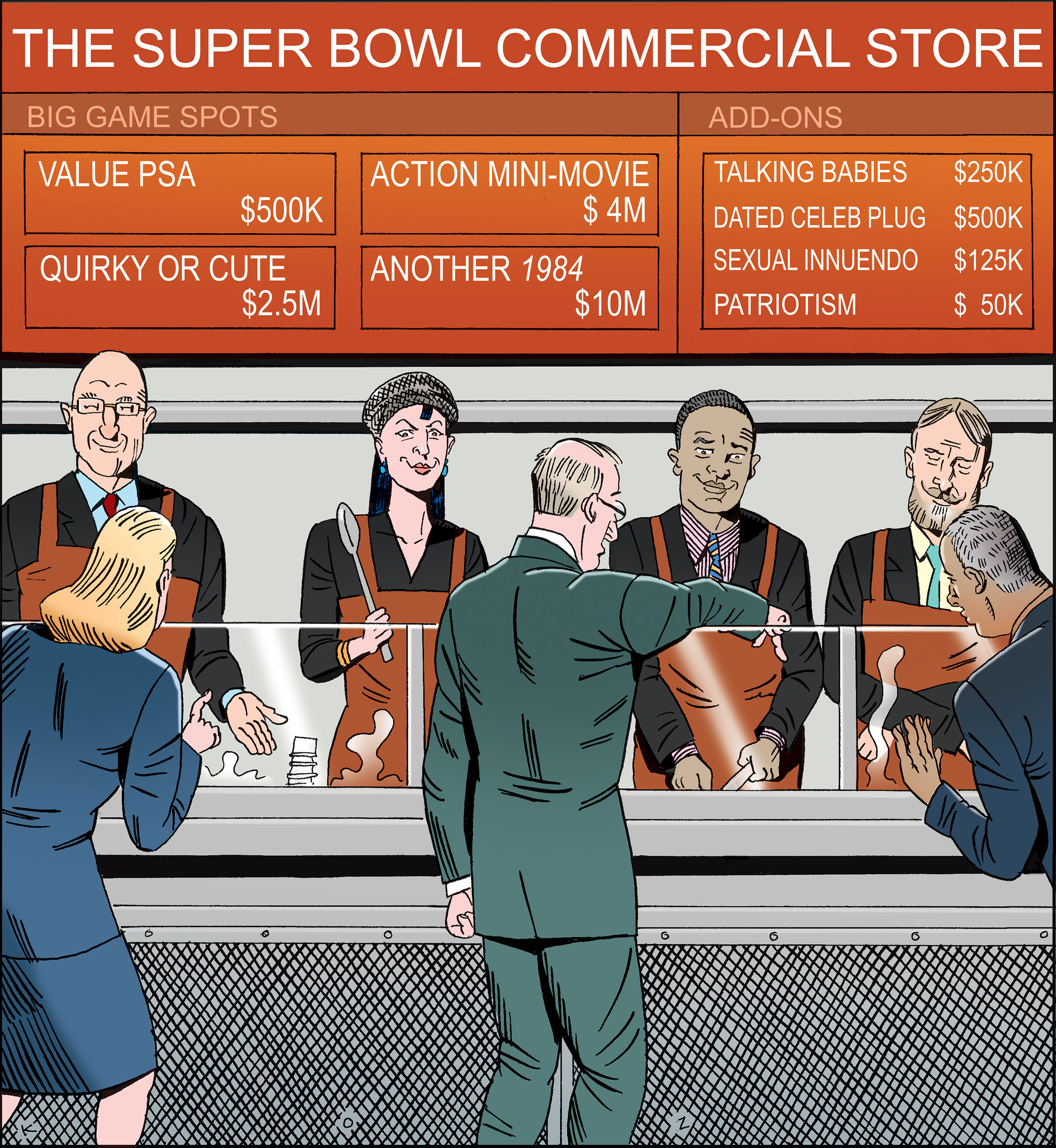 Welcome to a special post-Super Bowl edition of our Contently Comic series, drawn by Martin Kozlowski, a man more talented than even the likes of Katy Perry’s dancing sharks. We’re sticking to the usual formula here: a comic accompanied by a #hottake rant.

So, did anyone else find last night’s Super Bowl commercials mind numbingly formulaic? There were so many dramatic/quirky boy-grows-up narratives crammed into 30-second spots that I almost stood up and applauded when Nationwide veered off course and killed their young protagonist. That’s how Game of Thrones would try to sell you insurance. None of this cop-out puppies and patriotism stuff.

Okay, maybe killing off a young boy didn’t really work out for Nationwide, seeing as half of Twitter was accusing them of ruining the Super Bowl. (Seemingly because the Nationwide commercial left them no choice but to stop watching the game to send angry tweets. #NotOnMySide.) But it did work out for one brand: Squarespace. Jeff Bridges lulling a middle-aged woman to sleep was an oasis in a desert of white-bread Americana.