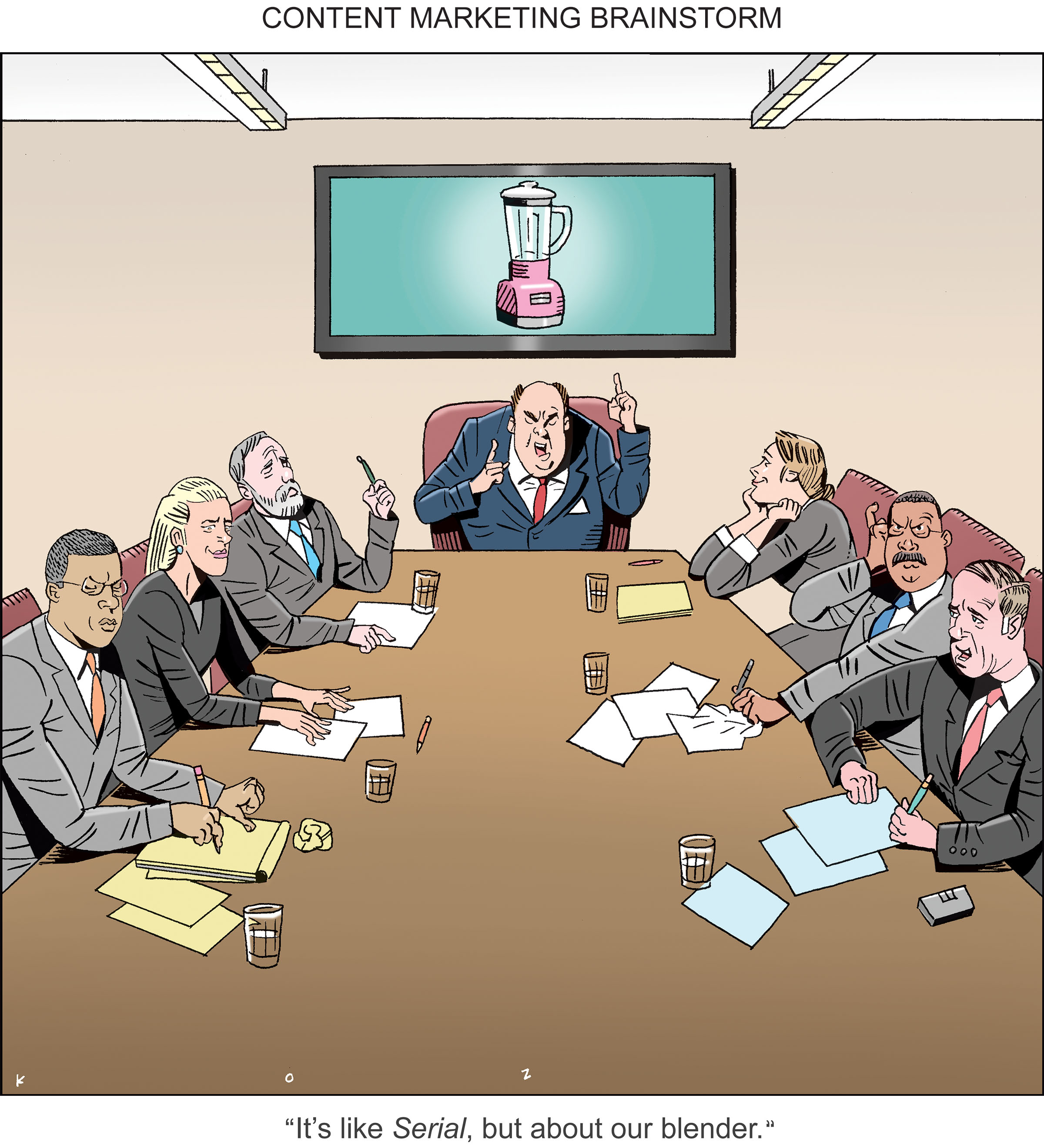 I’m proud to introduce a new series: a weekly TCS comic drawn by the immensely talented Martin Kozlowski. Because if we can’t laugh at ourselves, we’re doomed.

There’s a good chance we’ll end up doing these more than once a week, as they’re pretty fun to brainstorm. (If you have any good ideas, or think our ideas suck, tweet me @joelazauskas.)

I’m also going to accompany each comic with a #hottake. And the fact is a lot of brands right now are acting like that insufferable person at a party who steers every conversation back to themselves. Talking about the Super Bowl, I see. Yeah, that’s gonna be great. Did you know people eat pizza while watching the Super Bowl? YOU GUYS SHOULD TOTALLY #PREGIORNO.

Whenever anything becomes popular in our culture, the first instinct in those marketing brainstorms seems to be: How can we copy this and make this about us? That’s how you get this misguided tweet from Best Buy: 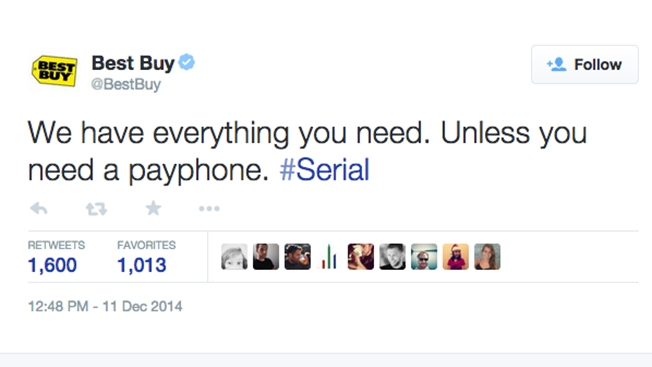 And that’s how you get sites like Verizon’s recently dismantled SugarString, which tried to mimic popular tech blogs but ultimately came across as biased and unauthentic due to somewhat-deceptive labeling and a policy that banned stories about spying and net neutrality.

Brands need to figure out what they can credibly talk about in an interesting way. It’s possible. Just look at GE Reports, which has become one of the coolest tech sites in the world, with posts that consistently top Reddit. They’re not hijacking the Golden Globes or trying to create a Serial podcast just because. Instead, they’re breaking news about CT scanners that can capture bones and organs in stunning detail. They’re revealing the vegetable farms of the future. And their stories are going viral because they’re awesome and original. Because they make people go, “Science, f*ck yeah!”

And that’s what digital media is all about—not trying to make a Serial-style podcast about your freaking blender.

Have any good ideas for future comics? Tweet me @joelazauskas.