Most successful viral campaigns have something in common. They make viewers laugh, or use positive adjectives and knowledge-based verbs to deliver a message. And yet some viral successes seem to defy explanation—until you take a closer look at their design.

Consider Gap, which in March 2014 launched “One Stitch Closer” in tandem with International Women’s Day. The online film series is tied to Gap Inc.’s P.A.C.E. (Personal Advancement & Career Enhancement) program, which provides educational and training opportunities for its female garment factory workers worldwide. Through six short films, two teaser videos, and the #OneStitchCloser and #WomenInspire hashtags, Gap highlights P.A.C.E. participants and additional “change agents” who are making a difference in our world through clothing production and other social good projects.

With YouTube views ranging from 2,300 to more than 178,000, the videos enjoyed reasonable success. One video’s success, however, was remarkable: “One Stitch Closer: Veronika Empowers Other Women” has been viewed more than 5 million times since March and continues to generate interest among consumers.

For the why, let’s take a closer look at Veronika’s story. As part of a class assignment to “design something to fill actual needs,” she worked with homeless shelters to create a coat that doubles as a sleeping bag. Now the 24-year-old CEO and founder of The Empowerment Plan, she creates job opportunities for homeless women in need of steady work.”No matter what you’ve gone through, you still can do a lot with what you have,” Veronika, who was raised by addicts, says. “Last year we were just in a shelter,” says one of her employees, “and this year we’re in a home.”

Studies show that joy and awe are among the greatest motivators for sharing content. The popularity of the 2014 ALS “Ice Bucket Challenge”—people shared more than 1.2 million Facebook videos of people being doused with icy water for charity between June and August—speaks to the importance of messaging that makes viewers feel good. Veronika’s efforts to empower women and help improve their lives strikes a similar chord, galvanizing viewers and leaving them with a sense of approval for what they’ve seen.

There’s more to this video than sentiment alone, and the scale of its popularity may be directly linked to its locale. Veronika and her company are based in Detroit, a troubled city whose unique startup business culture spawned its own meme. 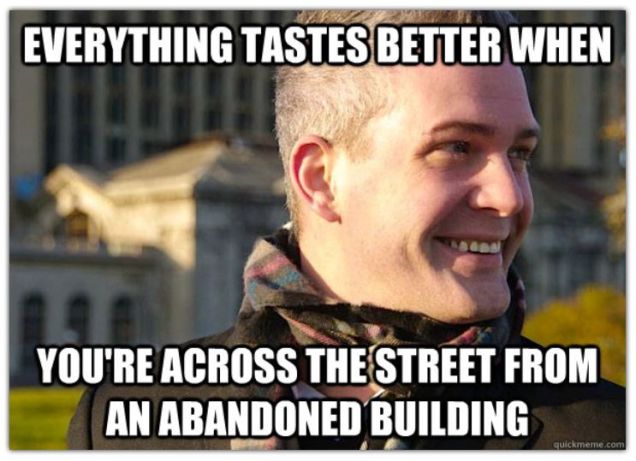 The dichotomy between the Motor City’s legacy as a thriving industrial center and its decline, culminating in the largest municipal bankruptcy ever recorded, has long captured audiences’ attention. Detroit-based Chrysler’s 2011 Super Bowl spot with Eminem shone a spotlight on the city, and several brands followed suit last year. A partnership between Shell and The New York Times‘ T Brand Studio produced a paid post called “Cities Energized: The Urban Transition” in which Detroit was profiled as a “city of tomorrow.” Through BuzzFeed’s Community Brand Publisher program, job search site Pure Michigan Talent Connect posted “12 Businesses That Are Putting Detroit on the Map” to laud Detroit’s ongoing revitalization.

Last summer, Apple featured Detroit’s Slow Roll bike riding event, a project designed to “show Detroit in a positive light to help repopulate.” It was part of the brand’s “Your Verse” video series promoting the iPad.

When brands grandstand Detroit’s rebirth, consumers listen—but the effect isn’t limited to Detroit alone. Virtually any city, organization, or individual can captivate an audience willing to be uplifted.

Consider Gap’s success a call to action to tap into the collective consumer mindset and identify the issues with cultural significance for your viewers. Looking at the most memorable branded content in recent history—Chipotle’s “The Scarecrow,” Dove’s “Real Beauty Sketches,” JetBlue’s “Flying It Forward,” WestJet’s “Spirit of Giving“—you’ll find these doesn’t overtly plug a product. Rather, these videos tell a meaningful story that engenders optimism and inspires hope. This is what sets branded content apart.

What ultimately made “One Stitch Closer” viral is that Gap managed to pinpoint what matters to its audience. It created content that leaves viewers in awe of what others have achieved.

If your content isn’t resonating with your customers, it might be less about the shape of your campaign and more about the fabric from which it’s made.