Somewhere just north of the border, a man is running across Canada. Extreme athlete and diabetic Sébastien Sasseville is on his way to Vancouver, and when he arrives in November he’ll have run the equivalent of 180 marathons. It’s a journey that will test his strength and resolve while inspiring millions of Canadians to adopt a healthier lifestyle. It’s all unfolding in a 20-episode web series.

And it’s brought to you by a consumer packaged goods brand.

Outrun is the product of a collaboration between men’s luxury skincare line Biotherm Homme and Montreal-based branded content agency Toast Studio. In addition to the brand’s YouTube page, the series can be found on Canadian news and entertainment site Canoe.ca, where the standard “sponsored by” label often used to disclose branded content is replaced with “powered by Biotherm Homme.”

Biotherm Homme is just one of many CPG brands embracing longer-form storytelling to replace intrusive advertising. Their goal? To reach consumers wherever they are—which is usually a computer or mobile device of some kind. Currently, 34 percent of millennials watch mostly online video or no broadcast TV, and the time adult Internet users spend with digital media will soon surpass TV by more than an hour a day.

Google calls this new wave of connected consumers Generation C, a new segment that isn’t defined by birth year but by a commitment to creation, curation, connection, and community. According to Google, 76 percent of Gen C makes YouTube their first stop for online videos. Sixty-one percent take action after watching a branded video, and half buy brands that support causes they believe in.

This presents huge stakes for CPG brands. Here are a couple of other recent campaigns that show how they’re buying in:

Unilever’s Project Sunlight program endeavors to “create a brighter future for our children” by tackling issues like world hunger and environmental conservation. The project’s content hub houses a collection of stories that showcase Unilever brands like Hellmann’s mayonnaise, which plans to switch to 100 percent cage-free eggs across its product line by 2020, and Ragù, which sources all of its tomatoes from 17 growers with a focus on farm sustainability.

“These collaborations have centered on issues that are important but not always easy to talk about,” Upworthy wrote of its native ad collaborations in a July blog post, “like our work with the GUESS Foundation on a campaign against sexual violence and norms of consent, with Unilever’s Project Sunlight on making the world better and more sustainable for our children, and with COVERGIRL on female empowerment.” 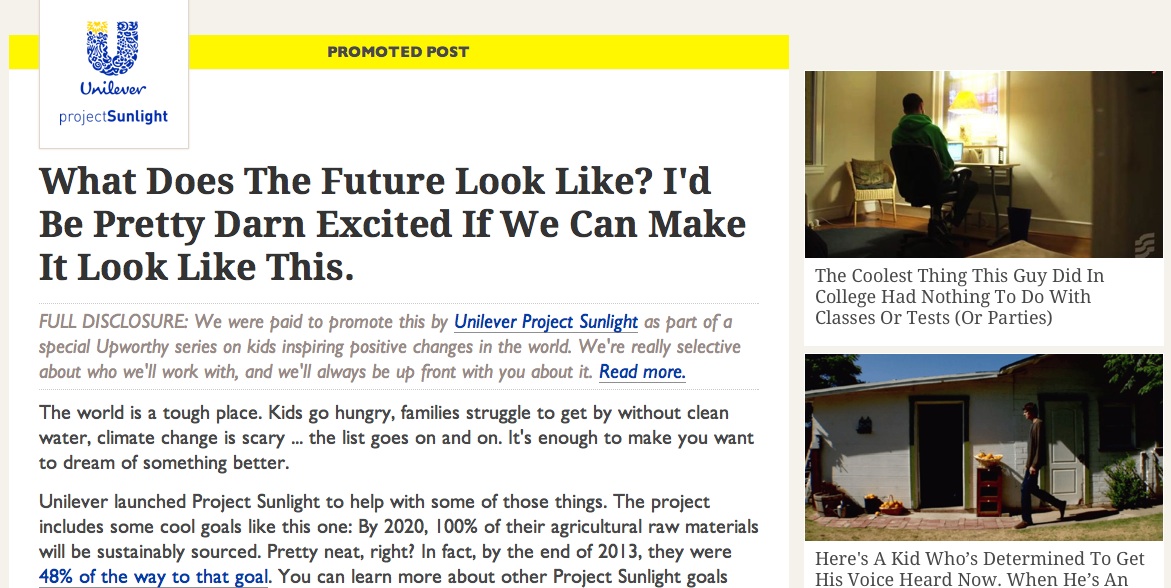 Upworthy reports that Project Sunlight and similar native ad campaigns are receiving three times the engagement of their regular editorial.

Through its new branded web series, “Made Right Here,” on AOL, Maxwell House is highlighting the value of American craftsmanship as part of its “good coffee, good day” branding campaign. The series takes consumers on a journey across the country to document people who give their work their all, like the makers of pinball machines, guitars, knives, and belts. The five-minute episodes are being rolled out one by one and will include a visit to Maxwell House’s own coffee plant.

The series is interactive as well: Consumers are being invited to vote for which business will be featured in the tenth episode. 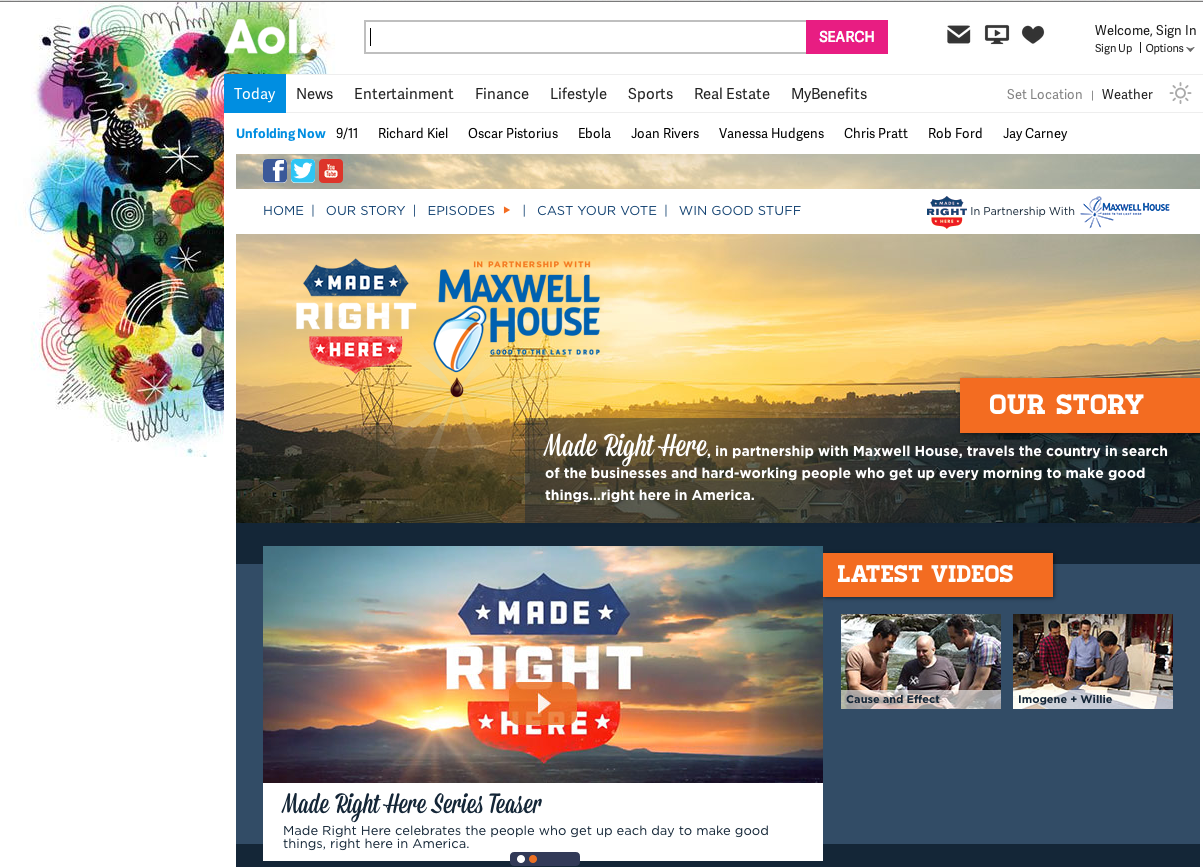 As CPG brands embrace the content marketing marathon, their long-form storytelling chops are growing. And as Biotherm Homme found, that marathon can reap big rewards.