Amidst all the chocolate rivers, the Everlasting Gobstoppers, the stick of gum that contained a three-course meal… people tend to forget about the fact that Willy Wonka was a marketing genius. Quite apart from the priceless PR boost the golden ticket competition gave his company, few people remember that he paid as much attention to advertising as he did to inventing new types of confectionery.

Is Mark Zuckerberg the modern-day Willy Wonka? It might be a little tenuous, but there seems to be a clear similarity between Facebook’s recent soft launch of Facebook Buy and Wonka’s mouth-watering idea: Reach into the News Feed and grab your chocolate bar. Or big-screen TV. Or half-off Bonobos. 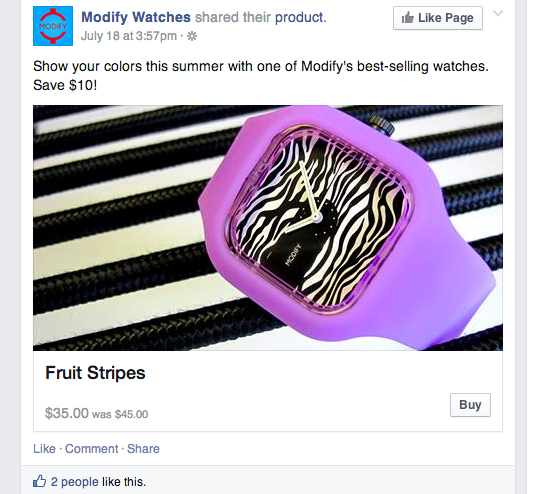 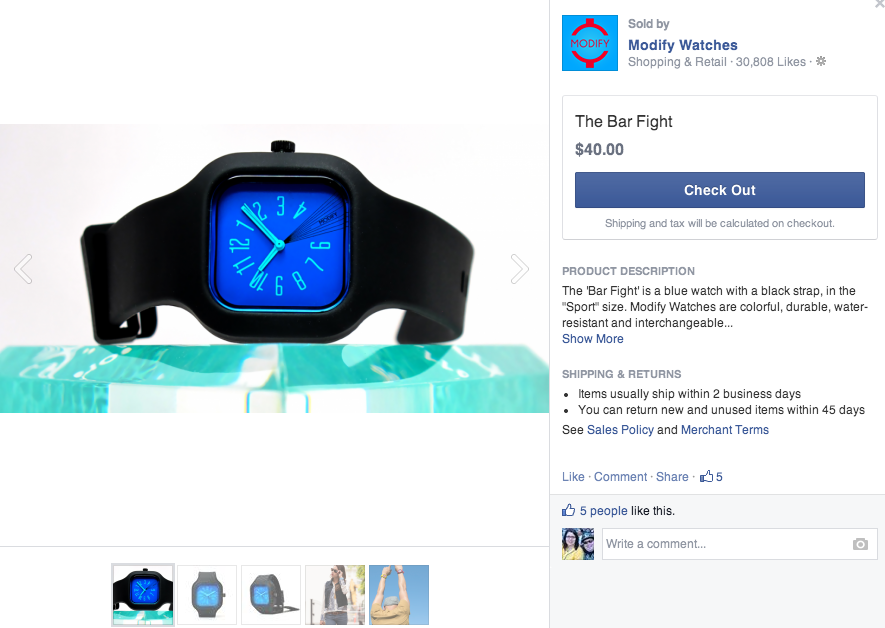 Yes, worlds are melding. Facebook Buy will allow customers to press a “Buy” button on a News Feed ad and complete a purchase within three clicks, all while remaining within Facebook. But what does it mean for the media and marketing industries?

Mark Zuckerberg and the content-commerce factory

For years, advertising was pretty clear if you were a retailer. You figured out the media your customers were consuming (newspaper, TV show, even websites) and then you paid for the right to show them how to get your products. It was a pretty simple time.

Now, though, it’s a different story, and the shifting retail landscape is quite nicely epitomized by Facebook’s transformation. The social giant has traditionally been seen as a media (or social media) company. They were there to spread the message about a product or service, not reach through the screen and sell to you. But now, it’s more than a media company, and it counts amongst its rivals not only other social media sites, but also retail giants like eBay and Amazon.

Details of Facebook Buy remain pretty vague; the company announced the feature on a page with a total of 139 words and haven’t expanded on that yet. But speculation is rampant, and so far, there seems to be two diverging views on the subject—either this is the greatest thing to happen to e-commerce since Amazon, or this is a doomed venture from the outset.

Champions of Facebook Buy say that it’s the ideal way to reach the 1.32 billion people that use Facebook every month and will convert Facebook users who are reluctant to buy online by placing the point-of-purchase within a familiar and comfortable framework.

But the doubters say that it’s a dumbing down of the e-commerce business model, noting that there’s no control over the purchase experience for the merchant, and the purchaser needs more information than a picture and a few cursory lines of advertorial text. Others say it’s a way for Facebook to extend its tentacles even further into our everyday lives. Facebook seems to be acutely aware of this criticism; they used 143 words used to launch the service, and 59 of them (41 percent) were used to reassure customers that they weren’t going to do anything sketchy with their credit card information. (Interestingly, there was no mention of what they’d do with purchase behavior data.)

Digital wallets haven’t really taken off because of the same privacy concerns: People seem happy enough to punch in their credit card digits on individual online stores for one-off purchases, but they are still reluctant to hand them over to giant companies. Facebook’s recent admission that they messed with people’s moods as a “social experiment” and psychological study probably won’t help in this regard.

When it comes to Facebook Buy, the truth is that we just don’t know much yet. This is very much a soft launch for Facebook, and so far, Modify Watches—a niche, customizable watch retailer—has been the only brand to get a trial run.

What we do already know about using Facebook as an advertising tool is that a mixture of the right kind of images and the right kind of copy can drive Facebook engagement through the roof. Finding the right combination for Facebook Buy ads may take some time. For instance, as the ads are currently configured, customers can’t zoom in on the product image, and that’s a big no-no.

But those kinks will get worked out, and it’s still probably way too early to start nit-picking the offering. In the meantime, it’s fascinating to analyze this paradigm shift. Facebook transitioning from a media company to a e-commerce company? Now that’s something I’d click on in my News Feed.

John Larkin (@JLarkin353) is VP Marketing at PropelAd—software for e-commerce merchants that want to advertise and retarget their products on Facebook. Read more at the PropelAd eCommerce Marketing Blog.