How Brands Are Generating Big-Time Engagement With Social-Discussion Widgets

We all know that branded content and social media go hand in hand. Facebook, Twitter, LinkedIn, and Google+ are critical distribution channels for media produced by brands. They allow consumers to rally around companies and products. They extend the life of campaigns. What social media really excels at, though, is promoting engagement and creating conversations.

While social conversations can take place in just about any online community, brands are increasingly opting to use a more structured platform—a framework within which to facilitate and nurture discussions surrounding their content. The combination of social curation and real-time conversation offered by companies like Livefyre and Disqus is a one-two punch for brands: It affords them the unique ability to launch conversations and energize consumers, all at the same time.

When Sony launched its PlayStation 4 console at gaming trade show E3 last year, the brand partnered with Livefyre and agency Carat to build a “SocialHub” where fans could access tweets, Vines, Facebook posts, Instagram photos, and videos tagged with the #PS4 hashtag. The hub was integrated into third-party gaming sites to extend its reach, and led to the launch of a second hub, GreatnessAwaits. Here, real-time social content captured the excitement surrounding the launch. According to Livefyre, the Greatness Awaits SocialHub generated 4.5 million pageviews, curated more than 3.3 million pieces of social content, and helped spark a sellout of PS4 pre-orders (it became the fastest-selling game console in history). 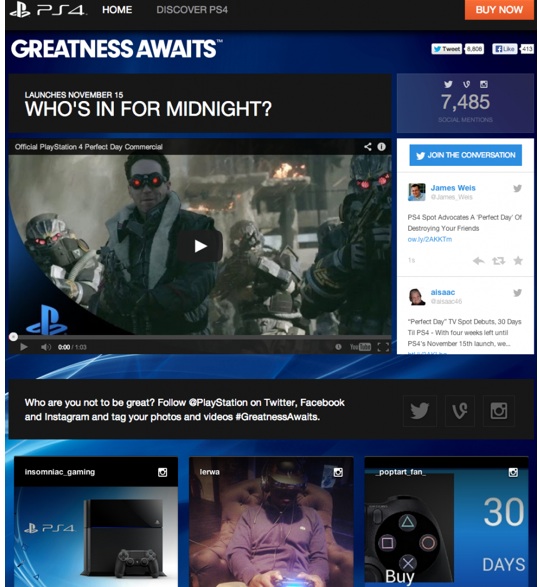 PlayStation used the hub again this year for the 2014 E3 show. Tagged tweets and trending topics made up the bulk of its content. “By incorporating genuine content directly from consumers, brands can drum up excitement and extend the reach of high quality earned media,” says Livefyre VP of Marketing Kristin Hersant.

The key word in this sentiment is genuine. A recent consumer survey found that 74 percent of customers trust educational content from businesses, but the inclusion of a product pitch drops the brand’s credibility by 29 percent. Meanwhile, a recent Nielsen study commissioned by inPowered found third-party “expert content” is significantly more effective than branded content in boosting purchase intent. And 50 percent of surveyed consumers “wouldn’t trust” a product’s brand site to provide an unbiased assessment of their product.

When it comes to lifting the effectiveness of their owned media, brands have the chips stacked against them. But pairing branded content with consumer conversations diminishes that aura of self-promotion. After all, social conversations are natural. They’re candid in tone and they evolve organically. As such, they can do wonders for improving the overall feel of branded content, along with brand loyalty and affinity.

Sony Playstation’s GreatnessAwaits site featured content produced by 75,000 fans—consumers who may not have otherwise had a reason to interact online with the brand. And after viewing Dove’s record-breaking “Real Beauty Sketches” video on the brand’s microsite, consumers left more than 600 comments through the integrated Disqus widget.

A full year after its release, viewers continue to comment, often with posts that run several paragraphs long. A semantic analysis of the top phrases used offers good news for Dove; they include lines such as “buy Dove products,” “brought tears eyes,” “self-esteem,” and “thanks Dove.” 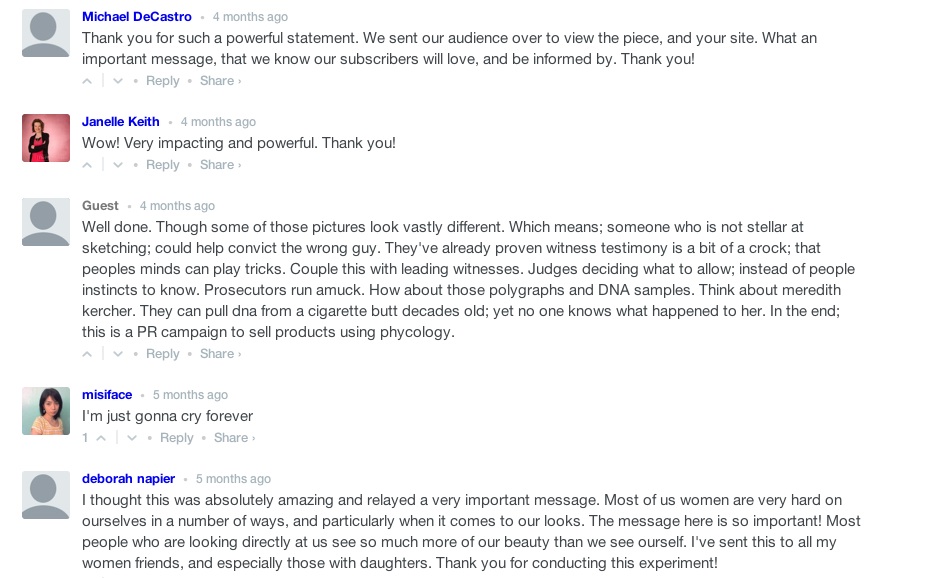 This highlights another benefit of social comments: They can serve as a form of consumer research, pulling back the curtain on branded content to reveal what the consumer is thinking and feeling. That’s good fodder for future campaigns. Where the piece of content ends, social discussions begin, and so the content—and the degree to which consumers interact with it—has a longer shelf life.

“If content isn’t soliciting interaction and engagement from the audience, it has no hope of leading to a relationship or a transaction,” says David Fleck, general manger of advertising with Disqus. “Participation is the strongest signal that a relationship has been created between a brand and a customer.”

When the customer becomes the creator

With the branded content revolution in full swing, marketers can expect to see growth not only in the popularity of social discussion platforms and comment widgets, but in products themselves.

“The future of sponsored user-generated content is way bigger than just sponsored discussion boards or comments,” Hersant says. This may provide a clue as to how this method of marketing will evolve. Publishers within the Livefyre network have started to offer user-generated content, like social hubs and sponsored comments, as a new form of ad inventory that’s more interactive than many standard banner campaigns.

In April, Disqus began testing Sponsored Comments of its own. Like sponsored LinkedIn and Facebook posts, the units appear native to the platform but feature a “sponsored” label for transparency purposes. Within the discussion environment the posts receive prominent placement, but are still unobtrusive enough that they don’t, as Disqus puts it, “ruin the fun.”

In their efforts to engage consumers in their owned content, brands have, in fact, had a hand in creating a new ad format that puts the customer’s voice on display. Consumers have something to say about the content that engrosses them online.

And brands are ready and waiting to hear it.