Just because Evan Spiegel, CEO of Snapchat, was recently mortified by his raunchy frat email exchanges doesn’t mean that the app is up to no good.

Snapchat has quickly moved far beyond its early reputation for X-rated pics and has become a handy tool for brands looking to capture consumers’ waning attention spans, fulfill image-driven content cravings, and leave them wanting more.

After all, over 350 million snaps are now shared on the platform each day, which is on par with Facebook’s daily uploads. Brands that jumped on board early are already reaping the benefits. Let’s look at a few big winners: 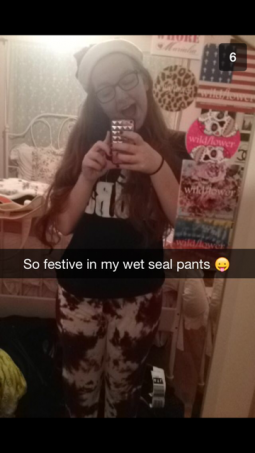 3. And IHOP is garnering some snappy hashtag love with its own account. (Reminder: Pancakes win social media. Always.) 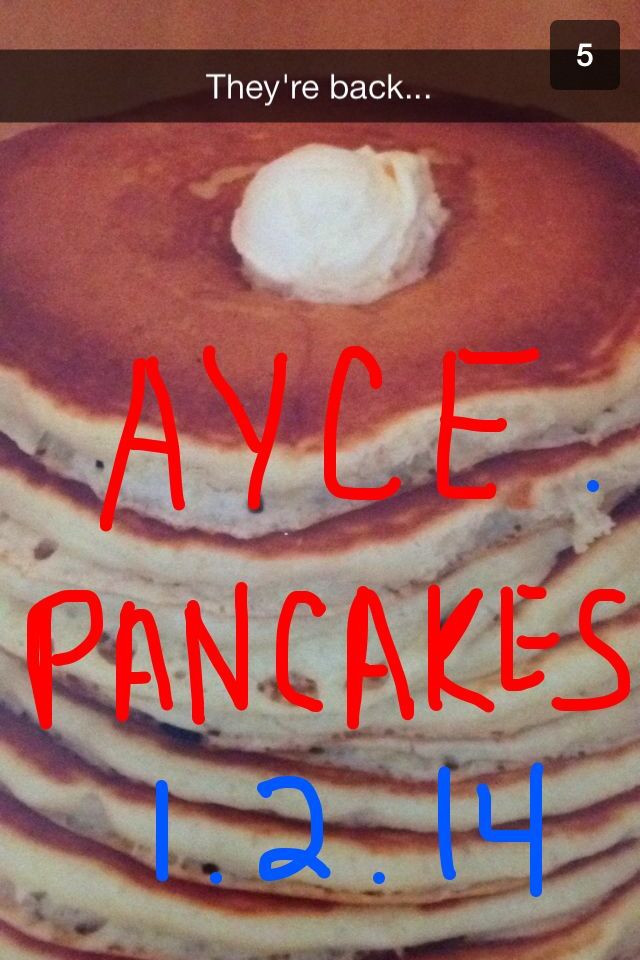 While Snaps work well because they’re flirty and fleeting, it also helps that they’re more consensual than other forms of content marketing. Snapchatters must deliberately add a brand’s username to their list of followers in order to receive their images, so users are much more likely to want to engage with the content they’re receiving. There’s also something intimate in the fact that brands have the same toolkit as their followers: a mobile phone, one short line of text, and crude pixel doodling.

Spiegel acknowledged that the simple concepts behind Snapchat facilitates this connection: “Snapchat discards content to focus on the feeling that content brings to you, not the way that content looks. This is a conservative idea, the natural response to radical transparency that restores integrity and context to conversation.”

Brands like New York’s froyo chain 16 Handles have also harnessed the power of the Snapchat screenshot to pique interest in special promotions. 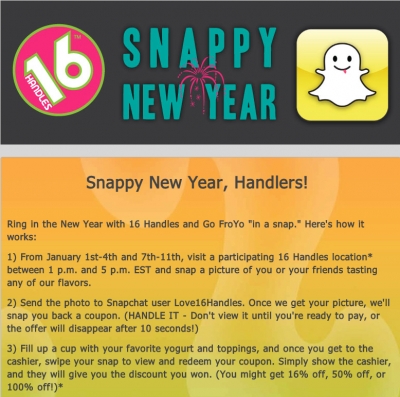 Unlike an online coupon that can rot in your inbox until it expires, the ephemerality of Snaps forces the consumer to take action and interact with the offer immediately. One smart strategy is to have the promotion require that the user take screenshots of Snaps and repost them to other social media sites. Just look at the Romeo + Juliet movie ad campaign, which brilliantly compelled users to become word-of-mouth marketers for the movie.

For those who’d like to learn more about using the app as a marketing tool, or are just curious about all the Snapchat razzmatazz, check out Ross Simmonds’ “Uncensored Guide to Snapchat Marketing.”

Image via The Chainsmokers