How BuzzFeed Manipulates Fast and Slow Thinking to Win the Internet

After the rapid rise of BuzzFeed and Upworthy over the past year—and the backlash that followed—engagement has become the talk of the town.

The big question: If “You Won’t Believe What Happens Next” headlines let you dominate all the popular traditional metrics—unique visitors, pageviews, time spent per page, likes and shares—could that mean we’re not measuring the right things?

The theory goes like this: The goal of each piece of your content is to get people to return, so that you can build a loyal audience. Shares or headline clicks can’t accomplish this alone. It’s engaged time per piece, a mixture of shares, comments, and other aspects of return visitor interaction with time spent per page. 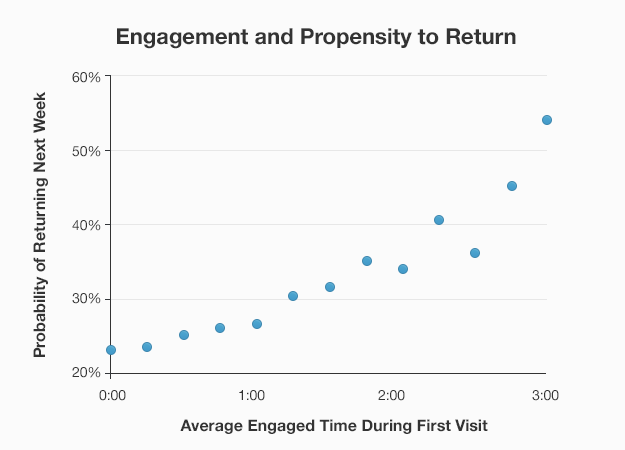 So how do you get people to spend engaged time with your content? That’s where the emotional psychology comes in with fast and slow thinking.

Fast thinking “works fast and automatically. One example is that we withdraw our fingers from fire before we realize what happened. Another one is to drive a car on an empty highway.”

These are the words of Sonya Song, former Google and Knight-Mozilla fellow and media researcher who pioneered the relationship between fast and slow thinking and content. According to Song, readers utilize fast thinking when they’re scanning a feed of social media content or reading a BuzzFeed article filled with adorable running basset hounds before quickly sharing it with the masses. Big, beautiful photos are such a crucial part of modern content strategies because they supercharge fast thinking.

Slow thinking is used during more intense moments of media consumption. Slow thinking “is slow and effortful, as how we feel when calculating 23 x 67 = ____,” says Song. “In other words, it demands attention, like driving on the left if someone hasn’t done it before.”

Slow thinking happens when readers consume more complex stories—say from The Economist or The Atlantic—and overrides fast thinking when you’re about to make a bad choice. Say, for example, a reader uses slow thinking to consume an essay about how Upworthy headlines are manipulative and gaming our brains, and then starts to have negative associations with “You Won’t Believe What Happened Next” headlines. Suddenly, those headlines will no longer send you on fast-clicking and sharing frenzies.

Song’s framework allows for some really interesting analysis of a publisher’s content strategy. Take BuzzFeed, for instance, a site that’s brilliantly engineered to take advantage of both fast and slow thinking.

Animal and pop-culture listicles make fast thinking go wild. So do other new formats pushed by the site like quizzes and absurd videos. But there’s something more sophisticated going on that keeps the traffic coming in, and it’s the slow thinking magic at work. BuzzFeed’s greatest triumph, and most undervalued asset, comes from owning return reader engagement by keeping both the fast and slow thinking parts of our brains happy.

At the start of last year, BuzzFeed faced a serious threat to their popularity: listicle fatigue. Some predicted it would fail spectacularly, but instead Buzzfeed evolved, avoiding listicle fatigue by innovating with interactive quizzes and video. Avoiding the image problems of the listicle is harder, though. After all, slow thinking encourages our brains to mock sites that game a content format and turn it into a new fast thinking joke. That’s why Upworthy has gone from being a popular upstart to a derived punchline in a matter of months.

BuzzFeed avoided being mocked, in part, by investing in a specific kind of journalism: original reporting and data-driven investigative journalism, which showed that the site was about more than 17 cute kittens that will make you believe in the world. But this investment wasn’t just to polish up its image. Instead, it focused on formats that took advantage of both fast and slow thinking. Its reporting tends to feature visualizations and emotionally charged content to report in-depth on unusual stories with with large political or economic stakes from around the world. It used visualized data analyses and vibrant images to jump start the fast thinking pleasure centers in our brain. In short, Buzzfeed created slow thinking content that its fast-thinking-addicted audience would love. Then it made the act of sharing it as seamless as the regular basset hound content.

It’s given the site a fantastic mix. Exhausted from all that slow Thinking political coverage? Here’s are “13 Signs You’ve Gone Too Far With Your Pet’s Halloween Costume.” Had enough puppies? Catch up on “Everything You Need to Know About the Uprising in Venezuela.”

Taken together, these metrics have inherent checks against each other and can’t be gamed. As a result, BuzzFeed is killing it—and taking content strategy deeper than we ever thought possible.

To learn more about the relationship between fast and slow thinking and content, we spoke with Sonya Song and find out how her theory will impact the future of content strategy.

Help us understand how readers consume information Fast and Slow.

Slow thinking mode will reign in your emotions. Your slow thinking mode will ask you to stop if you are arguing with someone. You have to expend energy to control yourself. If you post sophisticated messages, people who do care about subject will slow down and give a minute to it. If people read it, they will ask a question as well.

At the same time, people react to different stories charged with different emotions, which can engage slow thinking. Take surprise, awe, or disgust. Some very strong emotions really provoke people’s reactions. That’s why people would comment or share the story. If you divide those stories’ shares and comments and likes by the total views, some stories really got a lot of feedback. Another type of story only gets a lot of visits: People come and go. It feels like nothing happened.

Has BuzzFeed discovered the holy grail or is it just the flavor of the week?

BuzzFeed is so popular it actually satisfied it is doing well for all three dimensions of social sharing I covered: emotional charge, self-image management, and concern for social relationships.

BuzzFeed engages fast thinking overall really well by using big, attractive pictures. A lot of pictures and simple language and light-weight text keeps people going back. When it comes to emotion, there’s very often an interesting or surprising thing at BuzzFeed. Even if you’ve ever lived in New York, you want to know the 25 characteristics about it because of the cuteness or smartness or interestingness of it. That’s because of emotional charge.

Next is self-presentation. You want to present yourself as an interesting, pleasant person.

Last is social relationships management. Those interesting things only work as lubricant between people. It is much better than sad news stories. That’s why it can work really well to bind and bridge people together and get shares.

One more dimension I want to add: I feel like BuzzFeed’s strategy is a viral bomb. They compile everything together. They have code tracking other websites, so editors know what is popular and they will pull information from around the Internet and put it together. They can do this in a fail-safe way because they have proof it works on other websites.

But I analyzed text complexity and BuzzFeed was the lowest. Whereas with the New Yorker, you need a college degree.

Where does narrative fit in?

If there is a turning point in the post, you will get more shares, likes, and comments. The turning point will switch people from the fast mode to the slow mode. I think for that switch, that turning point, people have to make more effort to understand so the storytelling has to make it worthwhile.

How does sharing as an act of self-image maintenance work? What can brands and publishers learn?

People attempt to build ideal self-images by associating themselves with tangible objects, such as branded goods.

What I have found so far is that “smart” stories will get shared more often. Some really complicated images like charts or electronic circuits or macro pictures or tiny species—people will show those stories more than flat, monotone images.

We see this with The New York Times. They will have their lifestyle and health stories at a high level of sophistication so you can present yourself in a very positive way: I care about my appearance and my diet and I know a lot of smart things. Or they introduce new devices or findings about space or hip places in the city. Those are associations people want to make.

How can different portals measure success with different engagement metrics?

The metric are not the final step. I recommend trying to bridge people’s behavior online with whatever goal the newsrooms and brands want to build. Maybe the goal is to build the distribution of content or subscriptions or persuasion rates. For example, The New York Times has a large business intelligence branch which is focused on earning subscribers.

We have to stratify audiences and see what they want. This is about association. If you look at people’s favorites list on Facebook, they have their favorite movies or novels or pens. People try to show personality. Facebook can use this data to judge your income level or race to a high level of accuracy.

Measuring sharing requires a new balance between advertising and marketing and journalism. The journalism part has been done. But how to promote people’s emotions requires a rich understanding, which can be enhanced by gaining feedback or learning by doing.