The Best Branded Content of January: 5 Brands Learning to Adapt

The word “digital” used to just be one more channel marketers had to worry about. Now, digital covers an array of channels, each of which require a distinct voice.

Facebook, for example, is made up of pithy, visual-intensive posts and videos. YouTube is the realm of longform video. Twitter has its own language. Only the highest-quality images fit in on Instagram. And Snapchat—well, Snapchat is its own beast entirely.

The Internet’s evolution from the open web to platforms has forced brands to work overtime. You can’t just post that 30-second TV spot everywhere and expect to succeed; you have to tinker, repurpose, and sometimes even create entirely new campaigns for each channel.

Some brands have been able to adapt. Others, not so much.

Dollar Shave Club is somewhere in between. The brand hit it big in 2012 with irreverent TV ads and YouTube videos featuring CEO Michael Dubin, which poked fun at the overdramatic razor blade commercials that had previously dominated the airwaves.

Since then, Dollar Shave Club has been something of a trailblazer in the marketing world. But the company’s strategy as of late has become… confusing.

This month, the company ran an ad on Twitter that I actually didn’t skip. It was funny, focused on its product without being obnoxious, and perfectly aligned with the self-aware tone of the videos that originally made them famous.

Meet B.A. Loonman, the man made of balloons. His fragile balloon skin made shaving impossible… until now.https://t.co/EShq8q8A5n

But then I saw another ad for Dollar Shave Club. This one, titled “Are Dollar Shave Club Razors Any Good? We Found Out” was through Outbrain, scattered among the kind of clickbait that rules that platform. I was surprised to see Dollar Shave Club running such an overtly misleading and low-quality piece of content. Was it satire? I clicked. 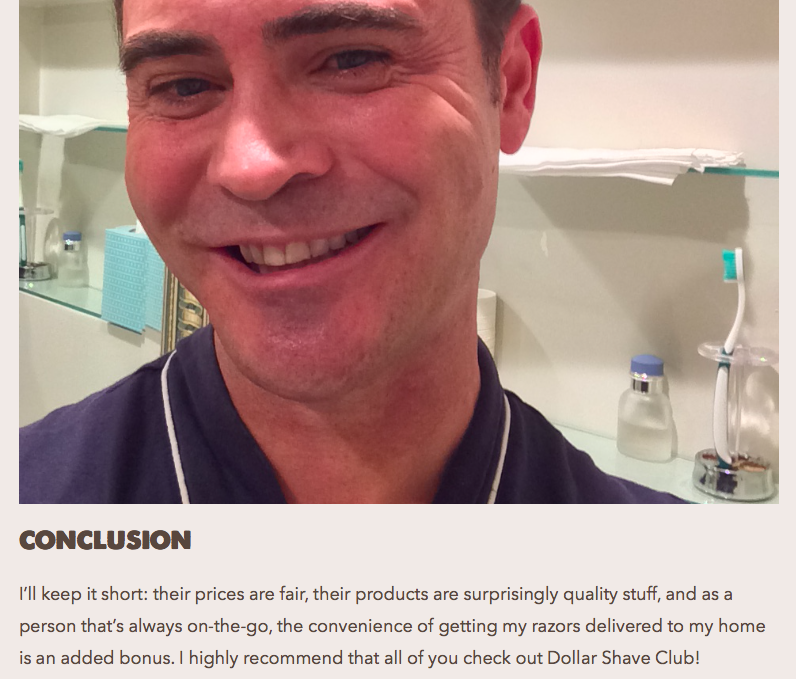 Nope, not satire. In fact, it was probably the worst piece of content marketing I’ve ever seen. It blatantly adopts an experiential blogging shtick to deceive readers and contains such bad copywriting that it could run as an Onion article lampooning content marketing.

This month, Dollar Shave Club also launched MEL, a publication on Medium. What is MEL? Good question. I’m not sure anyone really knows, though so far the publication has focused on… Uber? Gigantic athletes? Foreskin? I don’t get it.

All of these efforts were built for distinctly different channels, but the thread between them isn’t apparent. That’s a problem—and a difficult one to solve.

But as the best branded content in January demonstrates, it can be done.

If you’re like me, you already can wait for the superhero movie trend to be over. Unfortunately, that won’t be anytime soon. Marvel and DC realized that backing comic-book movies is basically like printing money—in fact, Marvel already has its release schedule set through 2019.

Deadpool, however, may be a breath of fresh air for the genre. The movie’s titular hero is known for his sardonic attitude and regularly breaking the fourth wall, something that’s rarely done in a genre that takes itself way too seriously. The marketing campaign for the movie has run with Deadpool’s penchant for swearing and mischief, resulting in a cross-channel campaign that remains incredibly consistent.

Take, for example, the video I embedded above. Yup, that’s an hour-long video of a flaming bag of excrement that spoofs the traditional Yule Log videos. Or watch this brash “informercial” for Empire, a British culture magazine, which is releasing its own Deadpool issue:

My favorite piece of the campaign may be these faux-rom-com posters on Twitter, which, for one, are hilarious, and two, take advantage of Twitter’s visual and joke-friendly mechanics.

A love for which is worth killing. #Deadpool pic.twitter.com/d3jQdKSmOZ

The campaign works everywhere. Not an easy feat, but Deadpool‘s marketing team is showing how it’s done.

China has a complex and dense cultural history that goes back thousands of years. For international marketers working in the Chinese market, navigating that history can be a massive undertaking.

Pepsi, however, created a huge hit this month in China with its short film The Monkey King Family, an homage to a foundational Chinese TV show from the 1980s and a nod to the current Year of the Monkey. The film was created by a Shanghai ad firm that managed to walk the thin line between appealing to the local market while maintaining Pepsi’s global brand attributes.

According to Adweek, The Monkey King Family has racked up more than 20 million views in only two weeks. 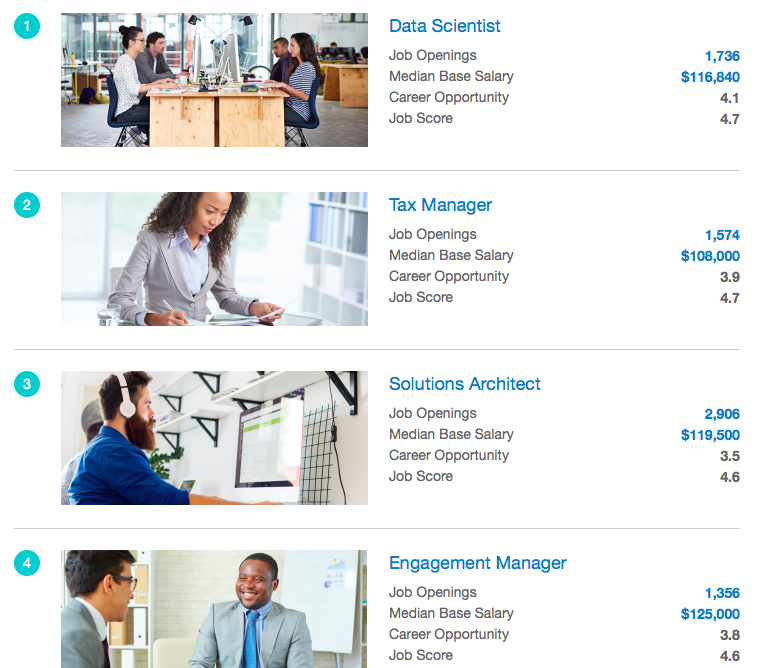 Congratulations, data scientists: You have the best job in America. At least, that’s what Glassdoor—a website that compiles employee ratings, salaries, and job listings—has determined in its second annual rankings.

The listing is just one part of a series of year-end lists rounding up trends in the job market, all of which make great use of internal data to create a legitimately interesting piece of content. The rankings got earned media galore, including headlines in The Washington Post, Bloomberg, a joke post in GQ, and many more.

Sure, the connection doesn’t really make sense—something the video pokes fun at with a single female participant—but it does a good job of playing on the self-importance of “#LikeAGirl,” as well as Dove’s “Real Beauty” campaign, which has come under fire from some groups for being manipulative and using a legitimate social movement to sell beauty products.

The title may be a bit much as well—we really don’t need another Donald Trump pun—but hey, anything for clicks and hamburgers, right?

Barbie: “The Evolution of Barbie”

Speaking of self-importance, this Barbie video straddles the line between melodrama and legitimate cause for celebration. Barbie, of course, has long been the face of girl’s toys—for better or worse.

Now, Barbie is releasing dolls with a variety of body types, which means that they’ll finally be relatable to people beyond blond-hair, blue-eyed teenagers with tiny waists. The video is shot in documentary style as little girls and product designers discuss how the new Barbie dolls have empowered them to feel comfortable in their own body types.

The tone is a bit more playful and toned-down than Dove’s sometimes contrived attempts at female empowerment. In other words, Barbie isn’t acting like it’s revolutionizing the female experience—it’s just make a long overdue change, and celebrating the small, but still valuable consequences.

Did we miss anything this month? Have suggestions for February’s roundup? Shoot us a tweet @Contently with your favorite branded content.