Winston Churchill once said, “History will be kind to me, for I intend to write it.” Sure, he was talking about global politics, but on a basic level, Churchill was thinking about legacy. And now, almost 70 years later, brands are thinking along the same lines, creating content that tells and shapes the history of their companies.

When you try to take your customers down memory lane, though, you risk coming across as self-indulgent. You’re already asking people to pay attention to your product—now you want them to listen to your story too?

It’s not easy to pull this off, but when done successfully, it can become a lucrative part of a content strategy. There’s even a fun buzzword—because of course there is—to define the practice: heritage content.

At its best, heritage content helps brands can control their own narrative and educate consumers. Following in the footsteps of companies like LEGO, whose 15-minute YouTube animation “The LEGO Story” went viral in 2012, marketers are now finding new methods of packaging their histories in ways that appeal to their consumers.

What sets you apart?

For supermarket and restaurant supplier Frieda’s Inc., one person sets the company apart from its competitors: Frieda Caplan, the founder and produce pioneer. Caplan revolutionized the food industry, both by being the first female owner (and executive) in a male-dominated market and by introducing exotic produce like the kiwi to American consumers.

Now 92 years old, she’s still active in her business—and that warrants a content strategy worthy of her unique story.

“We’ve always highlighted the heritage of the company and concurrently tried to make it relevant and important to our audience,” Karen Caplan, Frieda’s daughter and the company’s long-time CEO, said.

Last summer, the company upped the ante by releasing Fear No Fruit, a feature-length documentary on Frieda Caplan and her trailblazing brand.

Initially, the goal was to record Caplan’s story for posterity. “I remember when we started talking about film,” Karen said, “We didn’t want to make it a marketing piece but just tell an important story.”

However, after the company hired filmmaker Mark Brian Smith, who spent 10 days filming in Frieda’s offices, he asked if he could turn the footage into a full-length film.

“I thought, if suppliers see this—our company values, our heritage, our history of creating consumer demand—growers will say that’s who I want to align myself with,” Karen said.

Fear No Fruit was ultimately accepted into four film festivals, including the Sedona International Film Festival, which led to legitimate exposure. Currently, it’s available on VOD platforms like iTunes, Amazon Instant Video, and Hulu Plus through distributor FilmBuff, and as an in-flight film on United Airlines, Emirates, and Qatar Airways. According to Frieda’s, the 96-minute piece of branded content has generated some 12,000 views to date.

“The film gives us a lot of credibility because it was done by an outside filmmaker and features people from the industry talking about our company,” Caplan said. “The story is so human.”

The most important benefit of Fear No Fruit is that it appeals to both of Frieda’s target audiences: food service distributors and supermarket shoppers. While Frieda’s primarily deals in the B2B space, its produce is available in stores across America with packaging that bears the company name. For consumers, that name is synonymous with high-quality vegetables and fruits—and for anyone who has seen the film, the company tells an inspirational story.

Food service distributors, meanwhile, get some added value from the film in the form of best practices and marketing tips. According to Karen, Frieda’s was the first produce company to create packaging that includes recipes. The film also talks about how branding with color contributed to Frieda’s success.

To build loyalty among its B2B clients, the company also has plans to send out DVDs, an idea that came from Frieda Caplan’s granddaughter, who is also an employee.

“After customers see it,” Karen said, “they’ll never want to buy from anyone else again.”

Companies investing in heritage content typically have one outcome in mind: brand affinity. If they can capture the legacy and philosophy of their brand, as Frieda’s does with Fear No Fruit, marketers can forge an emotional connection that lasts.

The trouble comes when brands try to hide behind their history.

“Heritage content is a double-edged sword,” said Brian Sheehan, associate professor of advertising at Syracuse University’s Newhouse School and author of Loveworks: How the World’s Best Marketers Make Emotional Connections to Win in the Marketplace. “It’s great if a brand is respected and has always stayed true to that heritage. But some brands focus on a glorious past when the present isn’t all that glorious, or they deny their inglorious past.”

For example, compare BMW, which regularly uses the #ThrowbackThursday hashtag to showcase old models on Facebook, to Buick’s ongoing “Unexpected” campaign. “Unexpected” plays on the idea that Buick’s new car models are unexpectedly stylish relative to the brand historic, old-school look. BMW’s posts underscore the brand’s legacy, while Buick tries to detract from it. 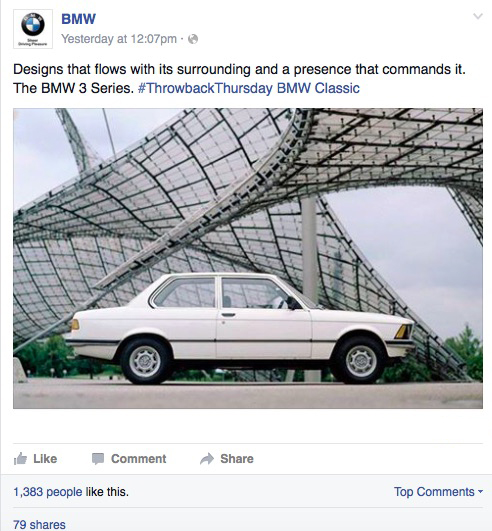 “That’s just poor marketing,” Sheehan said. “[Buick] is basically saying, ‘We’re not as boring as we used to be.'”

According to Sheehan, consumers can see right through a brand that’s trying to hide behind its history—particularly when that brand is facing problems today. “There are times when going back to the past is very useful in engaging emotions, but only when that past is as good as the current product,” he added.

What makes some forms of heritage content engaging while others fall flat?

One hurdle that plagues brands is comprehensive and factual accuracy can be boring. Your website or social profile may benefit from a company timeline, but consumers will be more likely to notice your past if you take a creative approach. 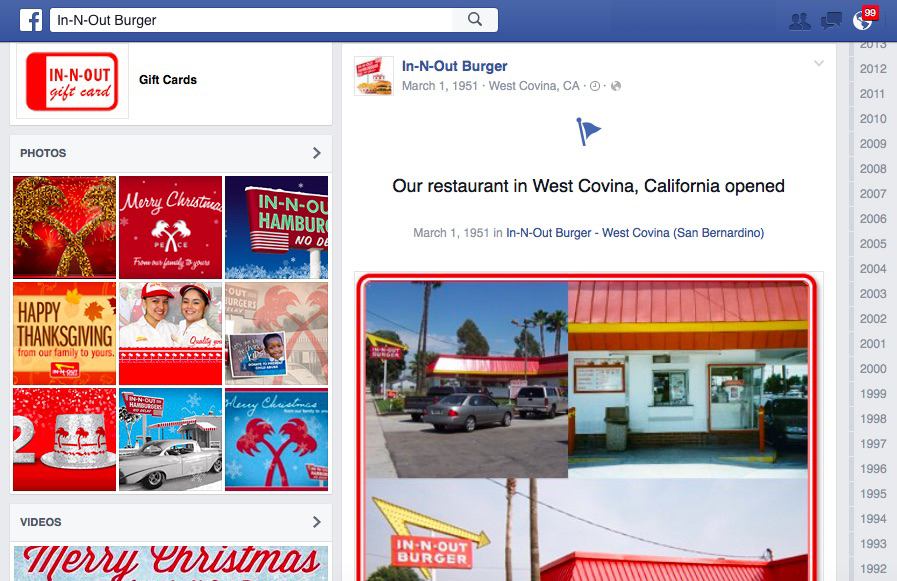 A few years ago, Volkswagen Canada released heritage content in the form of Once More: The Story of VIN 903847. Like Fear No Fruit, Once More was a branded documentary, but it focused on a man who drove the brand’s most iconic model—the VW Beetle—around the world. Created by Canadian agency Red Urban, it included an interactive timeline on the film’s microsite.

“When watching the documentary, you are able to switch on the map mode to see the pins on the map sync with the film,” Red Urban’s president, Steve Carli, told Fast Company. “The documentary film had to be brilliant on its own, but we also wanted to provide an enriched experience for those who wanted more.” 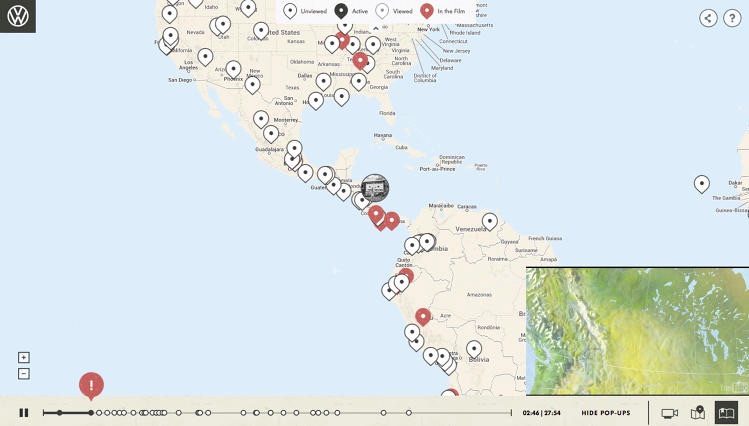 Other brands, like General Electric, rely on shortform content to convey their storied roots. For instance, the company emphasizes its connection to famed inventor and GE founder Thomas Edison with a contemporary spin by creating memes on Pinterest. 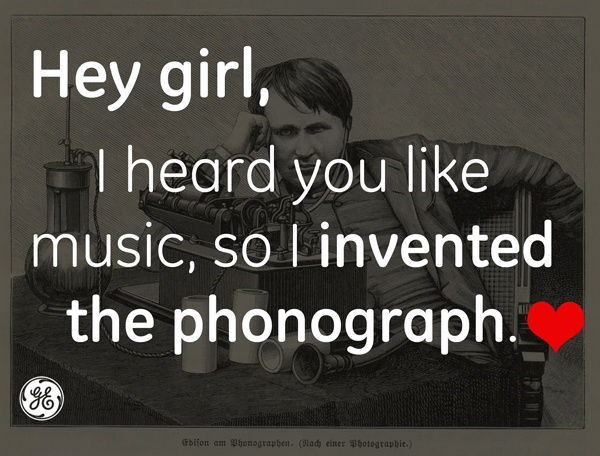 In addition to a “Hey Girl” Pinterest board, which features content reminiscent of the popular Ryan Gosling Tumblr, GE also reincarnated the content strategy it employed in the 1950s and 60s. Back then, the company published a massive amount of branded comic books. Last year, it commissioned original sci-fi stories on Wattpad.

Beyond selecting a format that appeals to a brand’s desired audience, and crafting content that entertains rather than schools consumers about bygone days, marketers keen to invest in heritage content should emphasize honesty and self-awareness.

Karen’s Caplan’s advice is to speak the truth, and nothing but. “Consumers can tell when it’s just marketing,” she said. “Showing the reality and opening the kimono, so to speak, is really important.”

Sheehan, meanwhile, stresses the importance of testing content to understand what’s going to resonate emotionally with customers. “Marketers always think their history is fascinating because they’re steeped in it,” he said. “If it’s a puff piece, don’t put it out there. Whenever you talk about history, it has to connect directly to a claim you’re making in the present.”