Back to the Future: Why GE Reimagined Branded Comic Books

General Electric’s impressive product fleet includes everything from dishwashers to MRI machines to wind turbines. For that reason, customers typically turn to GE for the latest innovative technology. Now, they can turn to the company for something unexpected: comic books.

Consumers may be surprised to learn that GE, whose slogan is “Imagination at work,” actually has a history with comic books—and it just launched a new project with Wattpad to reimagine them.

In the ’50s and ’60s, GE published millions of comic books in an effort to both associate its brand with cutting-edge technology and encourage more kids to consider careers in engineering and science. Think of it as as early form of content marketing.

Last week, GE debuted the first few chapters for three original science-fiction stories through Wattpad, each inspired by the cover of a classic GE comic book. Today, three more stories were published, and readers are invited to follow along as future parts are released over the next few weeks.

To commission the six comics, Wattpad reached out to some of the platform’s top science-fiction writers, based in part on the number of their followers. GE looked at the names and biographies of the contributors, and the two organizations worked together to get the final list down to six.

The Wattpad authors created stories inspired by covers for “Inside the Atom” (written by Tim Johnson), “Adventures in Electricity” (Nam Cheah), “Adventures Into the Future” (MJ Gary), “More Power to America” (Rob May), “Our Place in Space” (Sarah Perlmutter), and “The Littlest Giant”(David Mark Brown). More than 50 years ago, these titles introduced readers to tales about emerging technologies like as wind energy and transistors. Now, they’re getting dusted off and adapted for a 21st-century audience. 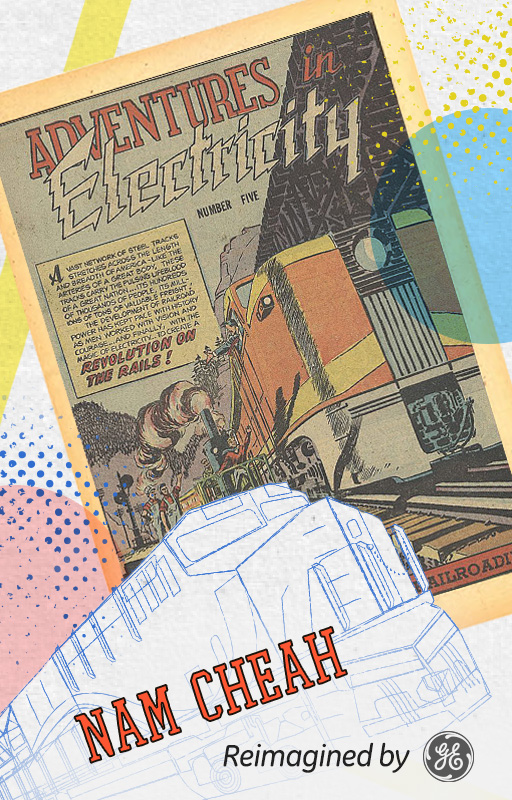 The project originated when GE wanted to do something creative with its robust comic book archive. (You can read a number of the old comics online, and an issue of “Adventures Inside the Atom” has also been selected for the U.S. National Archives.)

As Sam Olstein, GE’s director of global innovation, told me, the writers were challenged “to tell [new] stories based on how these GE technologies affected the near future.”

Each author was given a scan of one of the six comic-book covers. Once initial story ideas were submitted, the company gave the writers relevant pieces about real GE technology that could support the narratives.

Olstein said his company hoped to “tap into a childlike, magic sense of wonder” when it commissioned the stories. GE and Wattpad provided notes and other feedback on the drafts, and GE, which retains ownership of the work, collaborated with the writers on the final edits. 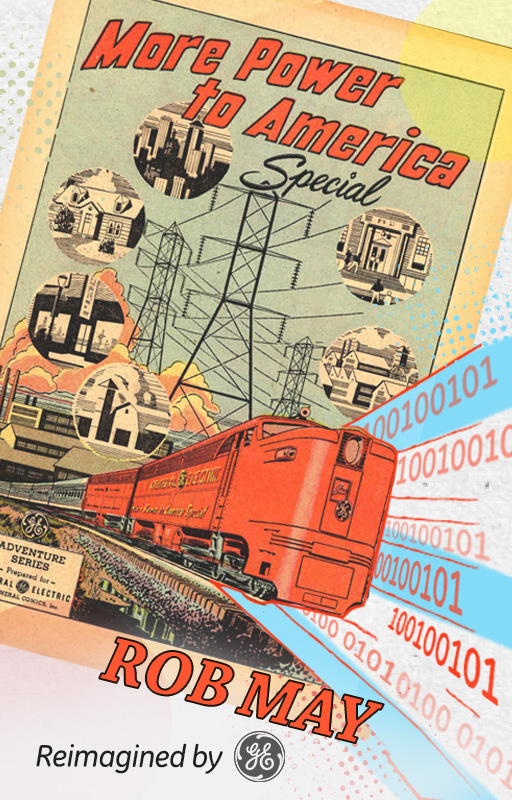 And while typical fan fiction extends the narrative of an existing story or narrative, Wattpad stressed that this collaboration offers something new—authors relying on retro illustrations and GE technology as inspiration for totally original plots.

Giving that latitude to freelancers, even when they are riffing on your company’s imagery, can be risky. But, as Olstein put it, “We’re a company all about invention and innovation. [It’s] part of our brand story.”

When the comics were released decades ago, technology was often framed by a hopeful imagination, the kind shared by Tim Johnson’s new story for “Inside the Atom,” in which a young boy competes to join a spaceship crew so he can meet an alien entity who has been texting with Earth.

But there are also darker perspectives that permeate today, like David Mark Brown’s “The Littlest Giant.” The story focuses on a cyberneticist and electrical engineer who tries to help athletes crippled by spinal injury, but her efforts are challenged by biohackers, massive college debt, financial backers who drop out, and a NFL owner with ulterior motives.

Whatever the tone, the stories are expected to help boost GE’s reputation for innovation. Wattpad said that brands who sponsor stories on its site—such as AT&T and Sour Patch Kids—can see increases of 20 to 30 percent in brand rating, brand consideration, and brand recommendation.

And there’s also the literary equivalent of long life. Unlike the rapid decay of most posts on social media, for instance, GE hopes that the content on Wattpad will acquire an engaged audience that stays committed to the stories over time. GE plans to encourage this continuing lineage with contests for Wattpad users to offer new covers (beginning November 27) and new chapters (beginning December 11).

In other words, old images about the future of science are becoming relevant again. It’s a good thing the future never gets old.