It’s only been three years since Oreo’s famous “Dunk in the Dark” tweet during the Super Bowl blackout that quickly earned 13,000 retweets. But already, the ad industry’s nostalgia and reverence for that moment rivals BuzzFeed’s treatment of “Clarissa Explains It All.” (I’d set the over/under on the number of “Who Will Be This Year’s Oreo?” posts in the next three weeks at 106.)

Indeed, who will be the next Oreo? Honestly, the industry would be better off if no one tried.

Brands already waste way too much time and money obsessing over the success of their social media updates. They spend hundreds of thousands of dollars on real-time agencies, social curation and listening software, and social media war rooms, all in hopes of crafting that perfect social media update that will get a lot of shares. But if brands want to make a big splash on social media, they should choose a different approach. They should spend that money to create awesome content that people can’t help but share.

Ask any publisher and they’ll tell you that the number of likes, favorites, retweets or shares that come from social media updates is a very small piece of your total social impact. If 100 people retweet you, that’s awesome, but what’s way more important is whether the other 99.9 percent of the world shares it too.

For instance, Contently’s social media updates were retweeted or shared over 10,000 times last year. That’s really good—over 4x the performance of our biggest competitors. But overall, our content was shared 704,000 times (take that, Oreo!). In other words, creating high-quality original content was about 70x more impactful than crafting pithy tweets and Facebook updates. 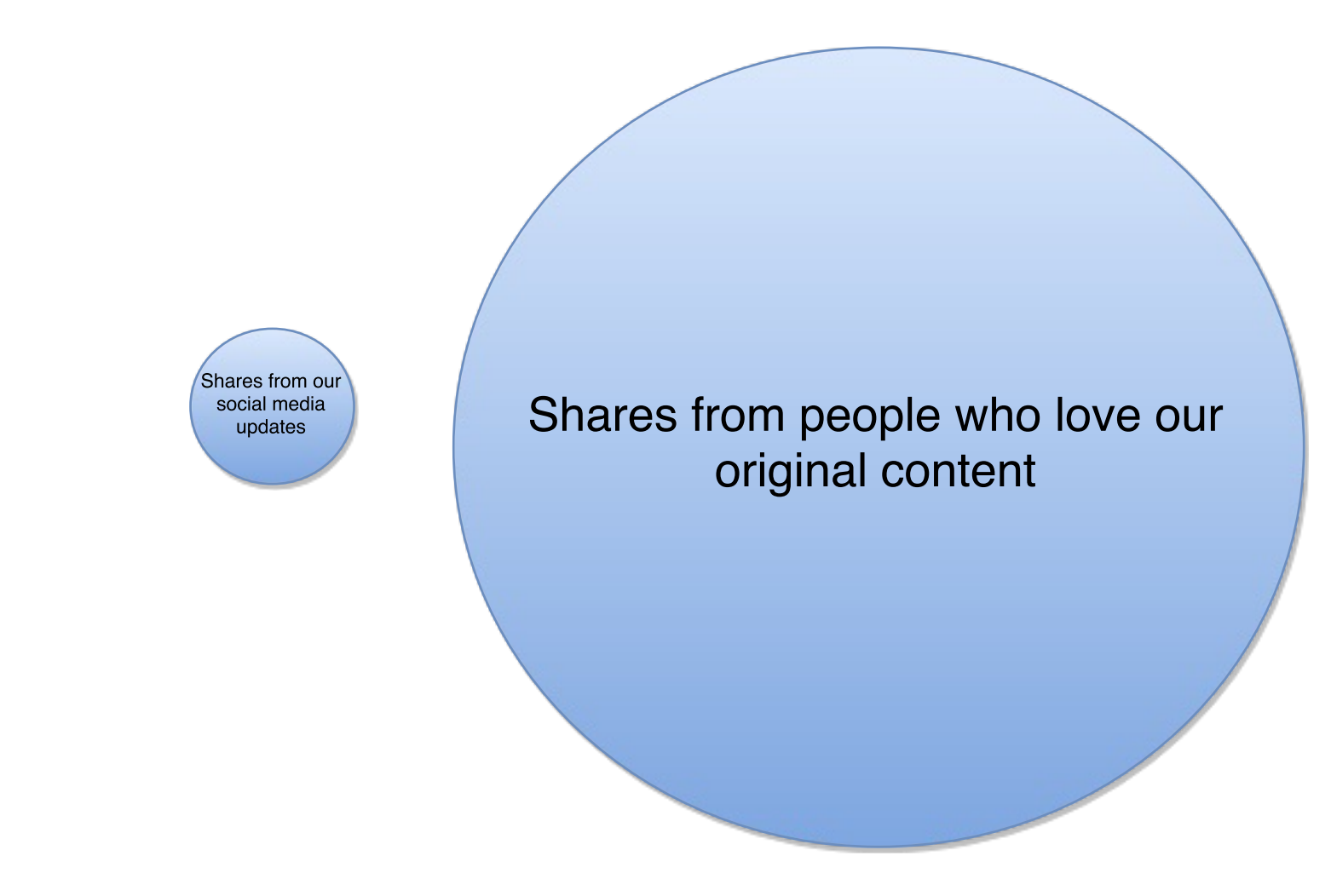 This dynamic holds even if you have millions of followers. About a year ago, Forrester released a fascinating report, “Social Relationship Strategies That Work,” which showed that brands were reaching only a small percentage of their Facebook and Twitter following. Less than 2 percent of followers saw an average post, and less than 0.1 percent shared it.

So if you have 100,000 followers, that means only 10 people will engage with your post in the form of a share or click. If you have a million, congratulations, that means one hundred people. But if you invest in hiring a smart content strategy and a talented content team, and start telling stories that people love? Then every day is the Super Bowl, my friend, and you and your CMO will be like this: