Even though most people are pretty confused about what I do on a daily basis as Contently’s communications manager, everyone has an opinion about public relations. When the Super Bowl rolls around, they judge the commercials like they work at ad agencies. When someone famous messes up, millions of people can dissect it within minutes (sorry, Steve Harvey). I’ve even heard my 90-year-old grandma say, “Oh, that’s a bad PR,” when watching various celebrity scandals unfold on The Today Show.

To be fair, they’re not wrong for voicing their opinions. PR, after all, is about the public, and the way they respond to a tweet, event, or crisis holds a lot of weight. Unfortunately for brands, that response often comes after something bad happens.

In 2015, plenty of brands screwed up for trying too hard, not trying enough, or just being oblivious to controversy. Here are the marketing moments that were truly egregious, ugly, and in some cases, harmful.

This is totally cringeworthy, and a great example of how a tiny part of a giant brand can derail its entire reputation. One U.K. Krispy Kreme location wanted to promote a series of planned events for children during a week-long break from school. Great idea, right? Unfortunately for Krispy Kreme, Wednesday’s event was the Krispy Kreme Klub, as you can see in this image posted on Facebook. 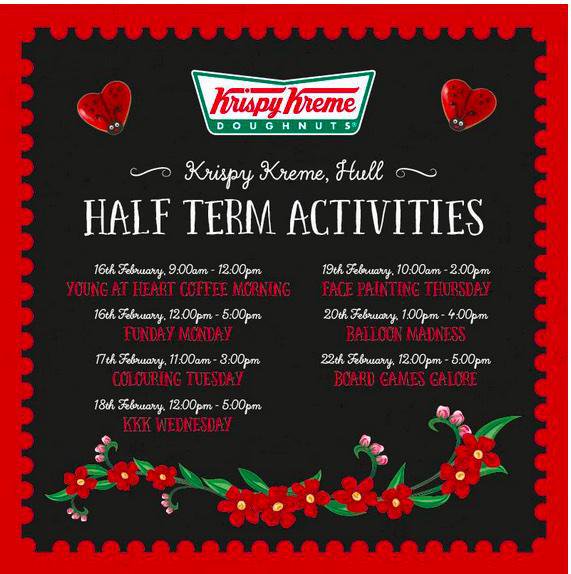 Needless to say, KKK Wednesday didn’t go over well on social media, the post was quickly removed, and the corporate office issued an immediate apology. Despite the damage control, people were already pouncing. In addition to a social media explosion of photoshopped images of Klu Klux Klan members with Krispy Kreme donuts, the incident was covered all over in outlets including USA Today, the Guardian, Fox News, and The Christian Science Monitor.

Bloomingdale’s included this tone-deaf ad in its holiday catalog, another prime example that shows the need for common sense and better approval processes. 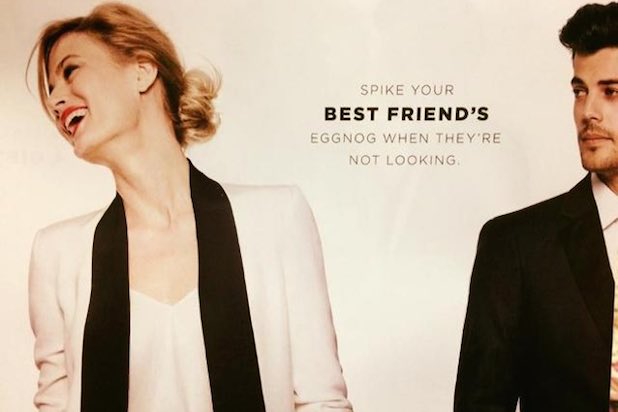 The ad depicts a serious guy (creepily) staring at a laughing, distracted woman. The tagline “Spike your best friend’s eggnog when they’re not looking” turns what would otherwise be relatively mundane imagery into a totally bizarre campaign encouraging date rape. As a result, the Internet exploded.

Although Bloomingdale’s wouldn’t comment on exactly how this ad made its way through the approval process, creating and publishing a print publication is no easy feat. I’d guess that somewhere between four and eight people had to sign off on this copy before it was mailed to thousands of people. Although it’s possible, I have a hard time believing that none of them realized what the ad was insinuating.

On the topic of sexual controversy, Bud Light’s recent #UpForWhatever campaign is definitely worthy of this list. The idea of promoting a beer as a way to get rid of inhibitions is dangerous territory, but it gets really bad when you see the tagline: “Removing ‘no’ from your vocabulary for the night.” 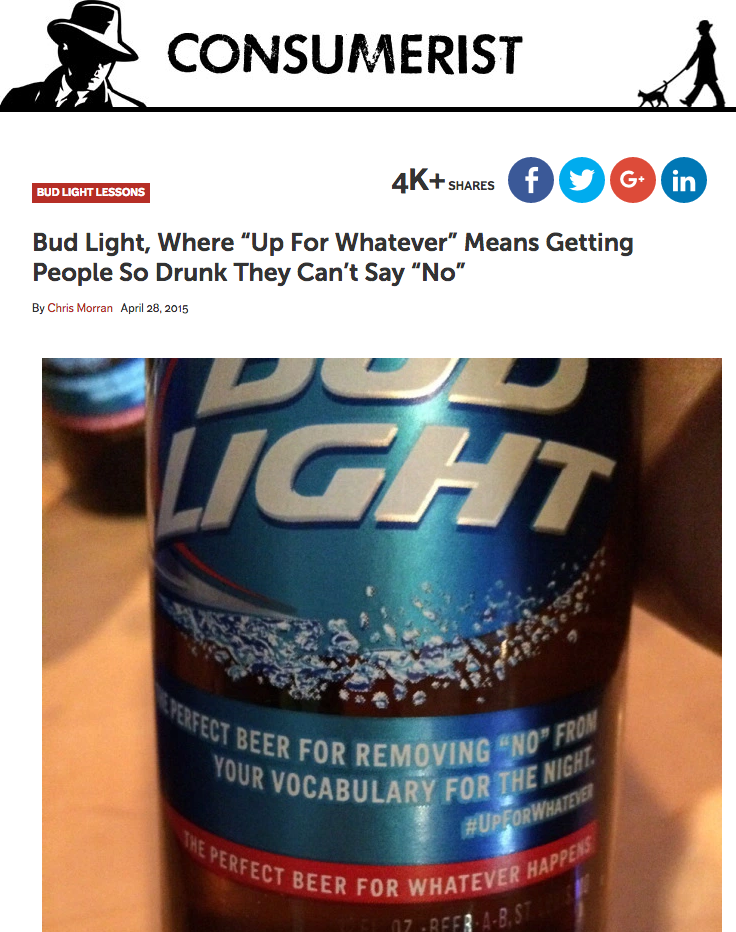 Once again, extremely difficult to fathom this getting through approval, particularly for a beer brand, which should be accustomed to dealing with sensitive issues. Not only was the tagline okayed, it was printed on tons of beer bottles. It didn’t take long for the image to wind up on social media, and shortly thereafter The Consumerist picked it up. The social backlash and media coverage only snowballed from there.

If you forgot Volkswagen’s massive PR fail this year, here’s a quick refresher: Volkswagen claimed its vehicles were environmentally friendly, but actually installed software that detected when cars were being tested and changed the performance temporarily to reduce emissions. The Environmental Protection Agency (EPA) caught Volkswagen, which led to an embarrassing confession and a substantial recall.

A press release from the Environmental Protection Agency announcing the discovery is a PR nightmare in itself. Regardless of how many people knew about the duplicity beforehand, the PR department botched the response, particularly when Volkswagen CEO Michael Horn told a House subcommittee, while under oath, that only a few rogue engineers were to blame. Not only did the subcommittee find this highly implausible, so did German publication Spiegel, which issued a report saying that at least 30 managers were involved.

In “An Engineering Theory of the Volkswagen Scandal,” The New Yorker‘s Paul Kedrosky explained why Horn’s excuse was highly unlikely from a technical standpoint:

They wrote code that fundamentally changed how the company’s diesel cars worked. The altered software affected engine emissions, mileage, cost, and power—all things that auto executives care about. In other words, while it’s technically possible to install such software, it’s hard to imagine that it could have gone unnoticed.

Regardless of who was to blame, when a brand experiences a PR crisis of this magnitude, management needs to take responsibility. To allow the C.E.O. of the company to peddle such a dubious explanation, under oath nonetheless, is awful PR.

This isn’t your typical tasteless response from a corporate spokesperson, but it’s an interesting problem, particularly for people in the PR industry.

Cision’s #pitchPRomise campaign asked PR pros to sign a promise to focus on relationships rather than spamming reporters. I couldn’t agree more that good PR is about building relationships. But for this to come from Cision, a software that makes it easy for crappy (or overworked) PR teams to build and blast huge, incorrectly targeted media lists is more than a little ironic.

Joe Landren, founder of PressFriendly, a competing media relations software, published an article on Medium, “Why is Cision telling PR pros how to do their job?” Of course, Landren has a vested interest criticizing Cision, but he also has a point. Why would Cision invest time and resources in a campaign that criticizes its target customer for doing something that the software explicitly supports?

As Landen writes: “To this day, in less than six clicks of the mouse, Cision lets you send a blind mail blast of nearly 5k emails to a media list. So when Cision asks you to sign the pitch promise loyalty pledge, it’s akin to Keystone Light telling you to drink responsibly.”

This ties into an important part of PR that is too often ignored: campaigns should be backed with actions. #pitchPRomise would be cool if Cision used it to roll out new tools to help reporters, but to just chastise PR practitioners without doing anything to improve their own practices seems tactless.

Analyzing PR mistakes can be a bit like rubber necking at a traffic accident on the highway—you know you shouldn’t do it but it’s hard to resist. However, I think it’s important to look at other’s mistakes if you take the time to learn from them. As the great comedian Groucho Marx once said, “Learn from the mistakes of others. You can never live long enough to make them all yourself.”