The 5 Best Halloween Content Marketing Campaigns of All Time

It’s as predictable as the arrival of Jon Snow at your costume party, but come October, brands launch Halloween-themed campaigns. And while we’ve seen some great Halloween ads over the years, what about campaigns that go beyond the typical TV spot?

Let’s explore five of the best Halloween content marketing efforts of all time and exhume some takeaways that you can apply to future campaigns.

It was a simple stunt: dress some actors as monsters, cut the lights, and scare the life out of costumers during test drives. Devised by Detroit-based creative agency The Work, Ford’s three-minute video, “Spooky Car Wash Prank,” launched last October and immediately went viral.

Since its release on YouTube, “Spooky Car Wash Prank” has been viewed more than 1.7 million times to be named one of the “World’s Most-Shared Halloween Ads.” It also led to coverage from Mashable, Adweek, and Fast Company

With Halloween marketing, concept rules. Campaigns don’t have to be elaborate; in fact, the holiday provides the ideal opportunity to use a documentary for videos with techniques like hand-held filming and found footage that are so prevalent in horror films. In other words, brands don’t have to invest much to make an impact online.

Product demos have a reputation for being dry. But in 2012, LG found a way to transform the unimaginative format of old into a thrilling testament to the quality of its products.

In the opening seconds of this video, LG claims its monitors have “lifelike colors.” Viewers don’t have to take the company’s word for it. To promote the LG IPS TV screen, the brand worked with agency SuperHeroes Amsterdam and installed a grid of monitors on the floor of a public elevator. It then filmed the response of riders when they saw the floor fall away beneath their feet.

Since its launch on YouTube three years ago, “So Real It’s Scary” has gone on to generate 24 million views and counting. And there isn’t a zombie in sight.

When it comes to showing off the unique features of your product, video is a must. Earlier this year, video production service Animoto conducted a survey that found four times as many consumers prefer to watch a video about a product than read about it. Additionally, 80 percent of respondents believe that videos demonstrating how products and services work are “important.”

Couple an event like Halloween with a theme-friendly pun—like LG did with “So Real It’s Scary”—and you can showcase your product in a way consumers are sure to remember.

DIY content has long been a staple of Halloween marketing campaigns—seasonal recipes, costume ideas, and party tips are all part of the holiday fun. With this crafty demographic in mind, Target created a home for DIY digital content on Instagram. The retailer called it “a trick-or-treating adventure for grownups—no costumes required.” 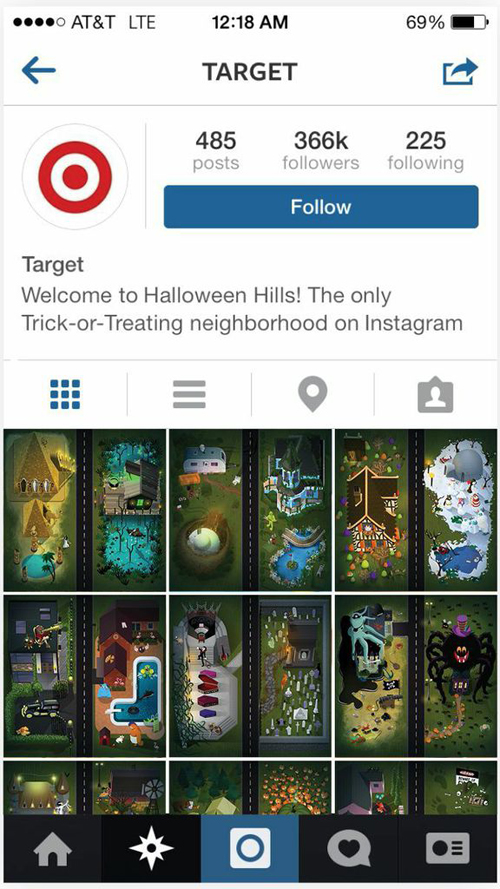 Part interactive game and part tutorial, “Halloween Hills” incorporated an illustration of a neighborhood that linked to separate Instagram accounts offering a recipe or a craft. There were 30 different projects to explore—300 pieces of content in all—from Cauldron Cupcakes and 3D House Cookies to a Storybook Nightlight. The brand encouraged consumers to post pictures of their “trick” or “treat” outcomes using the #HalloweenHills hashtag.

Carrot Creative, the agency behind the campaign, reported that “Halloween Hills” generated 111,000 social actions and more than 28 million social mentions, while producing a net sentiment rating of 74 percent. 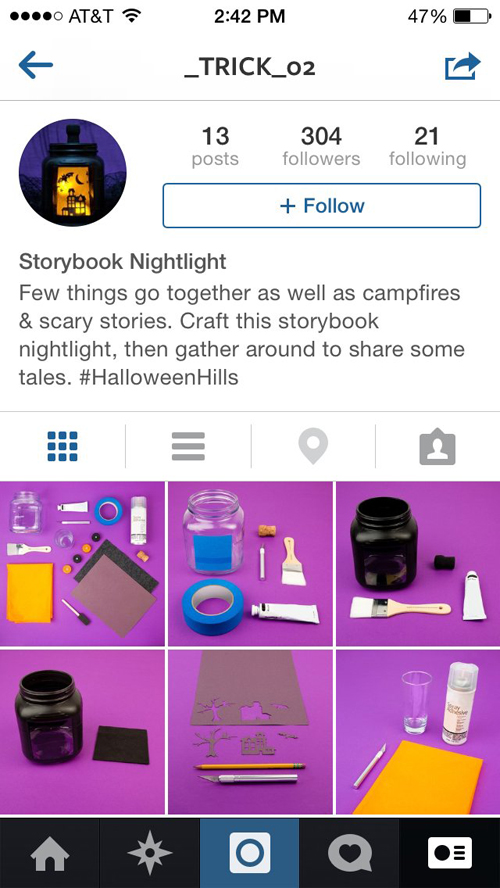 Halloween and do-it-yourself projects will always go hand in hand. Brands can add value to their social media marketing by offering guidelines and ideas that boost both engagement and shares—particularly when they’re delivered in the form of a unique social site.

When Carrie, the remake based off the 1974 novel by Stephen King, came out in 2013, Tide seized a chance to demonstrate its playful side. The brand created a spoof of the movie using Vine and the product-appropriate tag line, “Stains better be scared.”

By the time Halloween rolled around, the CPG brand had added six more videos to its Vine series, including clips, created by Digitas, based on Paranormal Activity, Poltergeist, and Psycho. Procter & Gamble even extended the Vine creative by adding stills from the videos to digital ads.

Cultural relevance is something all brands aspire to have, but some holiday efforts come off as forced or in bad taste. Tide’s ability to keep things light—even with content that veered toward dark—ensured that it received a positive response.

Nearly 10 years ago, M&M’s released an online game that became the stuff of legend. “Dark Movie Challenge,” a digital illustration in the disturbing style of 15th century painter Hieronymus Bosch, required viewers to identify visual riddles and surreal references to 50 classic horror films, from The Ring to Rosemary’s Baby (the M&M’s characters played a part, too).

The content was designed by G2 Interactive and included a timer, which added a layer of challenge and encouraged players to compete. Plus, M&M’s “Dark Movie Challenge” was highly relevant to the brand since it came shortly after the candy maker announced that it was making dark chocolate a permanent part of its line.

Any teen, office worker, or parent who crossed paths with the game at the time will recall spending hours—yes, hours—fully engaged. Thanks to the Internet Archive you can still play it today—don’t say I didn’t warn you. 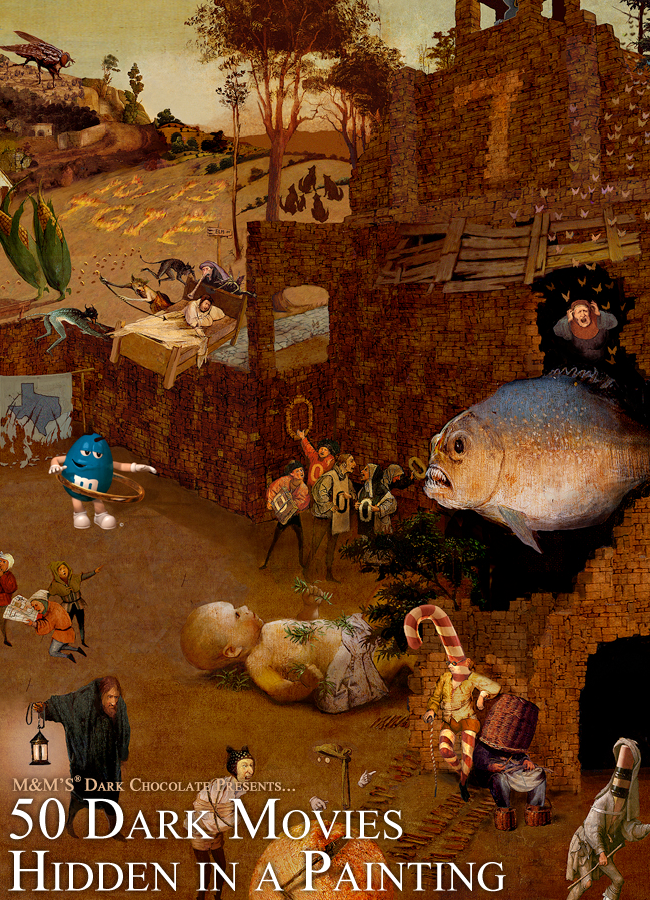 This creepy precursor to the social videos and prankvertising of today had the rare ability to immerse consumers for extended periods of time in spite of the seasonal clutter surrounding them online.

Maybe it’s the singularity of the idea, but M&M’s managed to create content that really stayed with the viewer—and Halloween is creepier because of it.