Whenever someone talks about the emergence of content marketing, people will often point out that this hot new practice has been around for a while. John Deere published a print magazine in the 1800s! GE made comic books about electricity in the ’60s to reach kids! Santa Claus became popular after Coca-Cola made up a bunch of stories about a fat bearded dude who dressed up in a costume to break into your house and give your presents! This is all very true. It also means that content marketing was around in the 1990s.

Nineties content marketing should probably be its own category; it’s the scrunchy of advertising. Case in point: Microsoft’s “first-ever cyber sitcom,” created to promote Windows 95, which features Matthew Perry and Jennifer Aniston as they were just starting to become stars on Friends. They’re technically acting as themselves, but they’re really just playing Chandler and Rachel, inexplicably transported from New York to Microsoft’s headquarters in Seattle for a product video that’s shot with the deft touch of an after-school special.

It is, perhaps, the true meaning of incredibly bad. It is actually incredible how bad it is. The unintentional humor rating is a 10.

Consider the opening credit’s explanation of what’s to come from Matthew Perry and Jennifer Aniston:

“They’ll be taking you on an adventure in computing that takes place in the office of Microsoft Chairman Bill Gates. Along the way, they meet a wacky bunch of propeller heads and are introduced to the top 25 features of Windows 95. The pace is fast and funny!”

It’s a tough call what’s funnier—the script or the incredibly shoddy camera work. Half the time Matthew Perry speaks part of his head is out the frame. Everything is shot from strange high and low angles, like it was filmed by a teenager taking Myspace selfies. 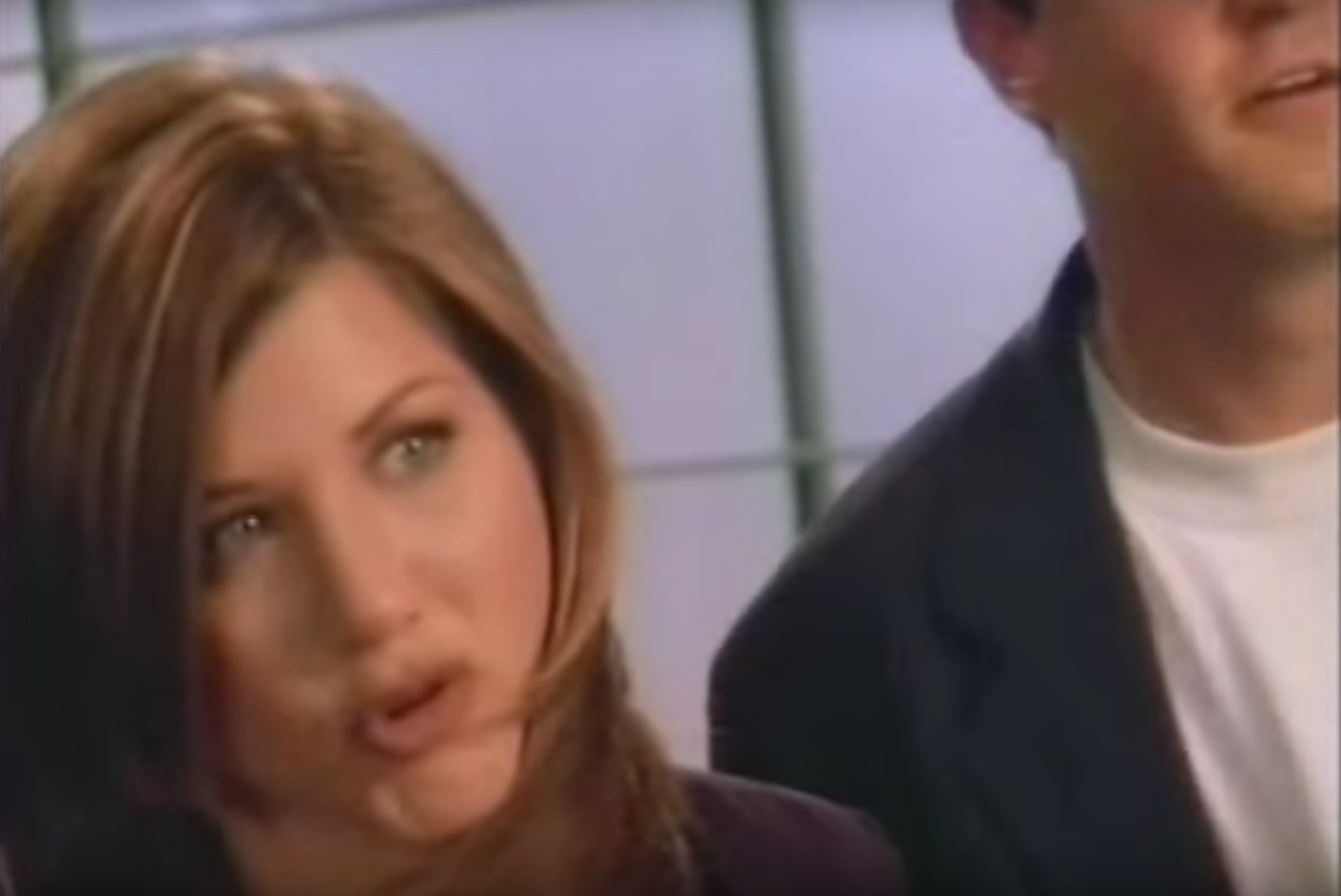 Throughout the video, Jennifer Aniston and Matthew Perry hang out with Bill Gates’s assistant, who refers to Gates as “Mr. G” and instructs them to log onto Mr. G’s computer (she calls it his “terminal”) to write weird poems for him to find, ostensibly to teach people what to do once they got Microsoft Office.

This is what Matthew Perry writes:

Twas the night before Christmas/And all through the warehouse/Not a single piece of Microsoft merchandise was stirring/Not even a mouse.

Oh yes, this is heavy on the puns. Quips like “Now back to the menu. It’s the best I’ve seen since they closed Lindy’s in New York,” and “Task bar, is that anything like a Snickers bar?” are abundant.

This goes on for 56 minutes and 42 seconds. I don’t recommend watching all of it—that would be an insane recommendation—but you might enjoy watching a few minutes of this piece of content marketing history. If nothing else, it would give you the sense that if you managed to time travel back to the ’90s, you could probably become the CMO of Pepsi within a few months and then take over Ogilvy when you got bored.

The first “Cyber Sitcom,” ladies and gentleman. It sounds kind of dirty, and then it turns out to be something far more bizarre.