You’ve probably heard of the “mobile gap”: Mobile usage is exploding, but publisher ad revenue isn’t keeping pace. At the same time, though, another gap has opened. This one is between the time that consumers spend on mobile and marketers’ commitment to mobile content.

As of last year, mobile is the most-used digital platform. Industry analyst Mary Meeker highlighted mobile’s massive influence in her 2015 Internet trends report. Time spent with digital media on mobile has grown 90 percent in the last two years, according to comScore, and in 2015, consumers will watch 39 minutes of video a day on mobile devices.

It’s not that people are abandoning their desktops completely. It’s just that they’re spending significantly more time on mobile apps and the mobile web. 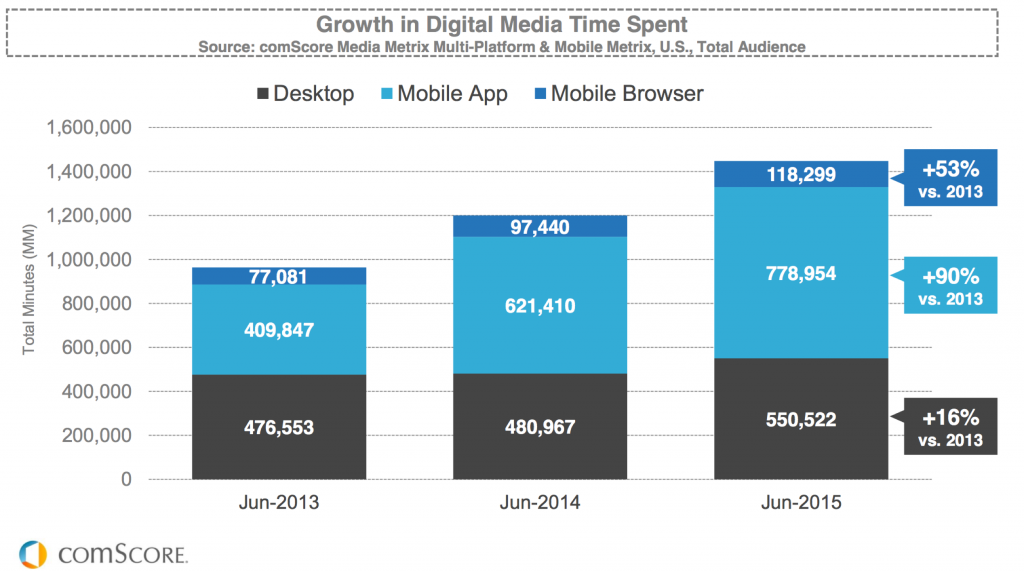 As expected, marketers are taking action. Mobile advertising is on the rise, with investments expected to surpass desktop ad spending by the end of the year. But will it soon hit a wall? Earlier this year, The Wall Street Journal ran a story that made a fair point: in spite of increased mobile activity, many mobile mediums—like games and messaging—present an advertising challenge. “A lot of the activities in mobile have no interest to advertisers or are invisible to advertisers,” explained Ezra Palmer, chief content officer at eMarketer.

Meanwhile, although video ads are proving to be highly engaging on small screens, some marketers still struggle to make a true connection with customers through mobile. “If mobile ad formats don’t evolve and improve, mobile advertising will be relegated to the margins—used only for direct response and lead generation,” Eric Bader, CMO of digital advertising platform RadiumOne, told Adweek. “What’s missing, and represents a disadvantage for brand advertisers, are the formats to deliver emotion and warmth.”

One solution to brands’ mobile problem may be to create more content and, in particular, offer it exclusively through mobile. Brands of all kinds have been experimenting with this tactic in recent months. In July, Doritos launched its first mobile-only campaign, enlisting social media influencers to create 3D videos that are only available to mobile users.

Krispy Kreme took a similar tack in September. For its annual “Talk Like a Pirate Day” promotion, it geo-targeted mobile ads to reach consumers within five miles of a store location. To engage those consumers, the donut brand launched a content-rich mobile site, featuring a video generator people could use to create “piratey” messages for friends, a pirate-name generator, and additional visual content like virtual tattoos which, when shown to a Krispy Kreme employee, could earn them free donuts.

It’s a twist on the mobile-first concept we know, which typically involves brands developing content with mobile user behavior and screen constraints in mind. Rather than create a video and optimize it for mobile devices, these brands are creating fun and interactive content exclusively for mobile users.

Mobile technology company Zumobi, which has worked with such brands as CoverGirl, Mercedes-Benz, and Snickers, agrees that the time has come for brands to make mobile content a bigger part of their campaigns. “Marketers today would be crazy to not embrace mobile content marketing strategies with this shift to all-things mobile,” Marla Schimke, the company’s vice president of marketing, said.

Mobile app usage has increased by 63 percent over the past two years, with consumers now clocking more than 37 hours per month. As of 2014, mobile app usage made up 52 percent of total media engagement. A large portion of this time goes to social networking, gaming, or radio. Facebook and YouTube rank among the top mobile apps in terms of unique visitors. Instagram, Twitter, Google Plus, Snapchat, and Kik all make the top 25. 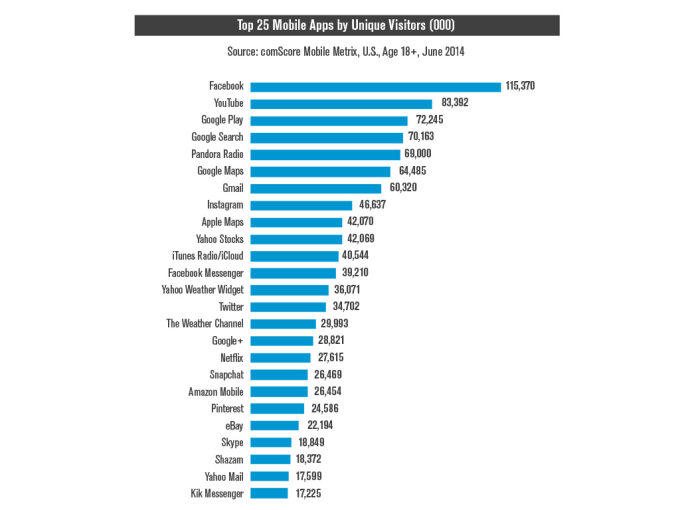 “Our launch with Facebook mobile allows us to quickly reach and engage with a large and extremely targeted audience, while the 1 in 007 free movie ticket promotion actively drives sales and secures in-store displays for the brand,” Ralph Riis, senior vice president of marketing at Heineken USA, told Mobile Marketer.

To promote the early October finale of Fear the Walking Dead, AMC partnered with T-Mobile and Shazam to give mobile users an exclusive bonus video when they used the music recognition app during the show’s premiere.

When developing content for brand apps, Schimke says marketers don’t need to “reinvent the content wheel.” She does, however, recommend offering a mix of both existing and new content.

Zumobi client Bank of America recently took this approach to promote its sponsorship of the Special Olympics. They filled the Bank of America app with inspiring multimedia stories of Special Olympics athletes, some of which couldn’t be seen anywhere else. “Once a brand has injected all content assets into the app, they can leverage dynamic mobile banners and interstitials to drive traffic back to it,” Schimke explained. 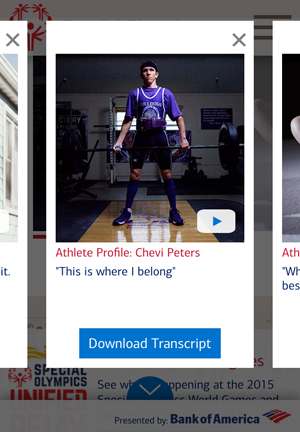 Ultimately, these brands are succeeding by taking a mobile-first approach to their content marketing, and the rest of the industry should follow suit. Internet users have wholeheartedly embraced apps and the mobile web. It’s time for brands to keep pace and close the gap.