Steven Spielberg once told Wired, “Technology can be our best friend, and technology can also be the biggest party pooper of our lives. It interrupts our own story.”

But what if technology were used to craft a personal story just for us? Axe, maker of personal care products for men, recently found a way to do just that when promoting its White Label line in Brazil using four brand films based on Romeo and Juliet. The brand’s digital agency used programmatic technology to develop an astounding 100,000 unique one-minute trailers.

This approach is called generative storytelling, and brands are starting to experiment with it to offer consumers customized content. Rather than showing the same video to every viewer, marketers can draw on what they know about their audience to tailor clips to each user’s individual tastes.

“It was not an easy project to pitch,” said Matheus Barros, U.S. CEO of São Paulo-based CUBOCC, the agency behind the “Romeo Reboot” campaign. “There were a lot of unknowns, but this was the perfect way to provide a type of robust, dynamic creative. When you’re targeting millennials and males, it’s really hard to find a solution that has reach and relevance through traditional channels.”

Generative storytelling is a promising fix. As Barros notes, consumers are becoming increasingly selective about what they’ll watch. The use of adblocking technology is rising both on desktops and smartphones, especially among coveted young consumers. A recent global study conducted by comScore and Sourcepoint found that 18- to 24-year-olds—Axe’s target buyers—were the top users of adblocking software in every market.

But if brands can deliver a content marketing experience that feels more personalized, these skeptics might be willing to listen.

With Axe’s blessing, CUBOCC kicked off the campaign by working with research firm BOX1834 to get to know the client’s audience. The agency assessed the target market and created consumer personas with qualifying characteristics to guide the programmatic ad buy. CUBOCC then built the main framework for the trailers, each of which told a different piece of Axe’s modernized four-part Romeo story.

“The opening and voiceovers were fixed,” Barros, located in CUBOCC’s New York office, explained. “We left space in the middle to fill with the content itself.”

In essence, his team sliced 20-second blocks of video from the films to represent different “moments”—fresh, artsy, happy—that would resonate with the various consumer personas. These segments were then tagged before being uploaded into the programmatic platform. If an Internet user was identified as being “artsy,” CUBOCC’s “storytelling engine” would deliver a trailer featuring scenes and music with an artsy vibe.

When the campaign launched on desktop and mobile channels, it was generating as many as 43,000 unique videos per day.

While programmatic marketing was originally used to automate the process of buying and selling ads, brands are just starting to tap into it for its creative potential.

“Linear storytelling is becoming less relevant because it is a one way process, while digital ad technology allows us to have the user participate in the story and even direct it,” said Diaz Nesamoney, CEO and co-founder of ad platform Jivox. Among Jivox’s clients is Jack Daniel’s whiskey, which last year launched a campaign that used “in-the-moment triggers” like sporting events and Twitter trends to tell more than 3,000 “mini-stories” through display ads. Nesamoney calls the real-time campaign “powerful storytelling.”

Most of Jivox’s clients use video when conveying their messages through generative storytelling, in large part because of its ability to engage consumers. “Dynamic content and data allow us to do at scale what TV has never been able to do—add a personal touch,” Nesamoney said. 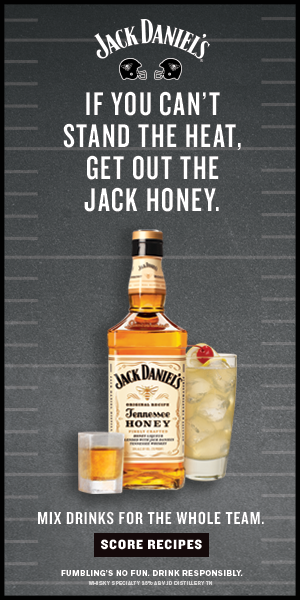 Because of that personal touch, CUBOCC’s “Romeo Reboot” campaign has surpassed both agency and client benchmarks by 10 to 20 percent, according to Barros. The agency plans to conduct post-campaign research to gauge how their strategy changed the Brazilian consumer’s perception of the Axe brand.

And the value of brand storytelling, both to consumers and brands, continues to rise up with it.