Predictions: What’s the Endgame for BuzzFeed, Vice, Vox, and the Rest of Our Favorite Media Companies?

It’s kind of a parlor game ’round Contently way to speculate about the future of the various digital media companies that populate our navel-gazing universe. As a tech company that plays in the media space, we get to watch these absurdly cascading valuations at a semi-distance, which does very little for our objectivity but does temper any jealousy we might have otherwise.

In any case, with huge new rounds of funding rumored for Vox and BuzzFeed, and even more drama than usual at Gawker, this week feels like as good a time as any to vomit our largely baseless speculations out into the internet. What follows are wholly unscientific and entirely unsourced predictions about some of the big players in digital media.

Here’s a graph that’s kind of cool, via The Information: 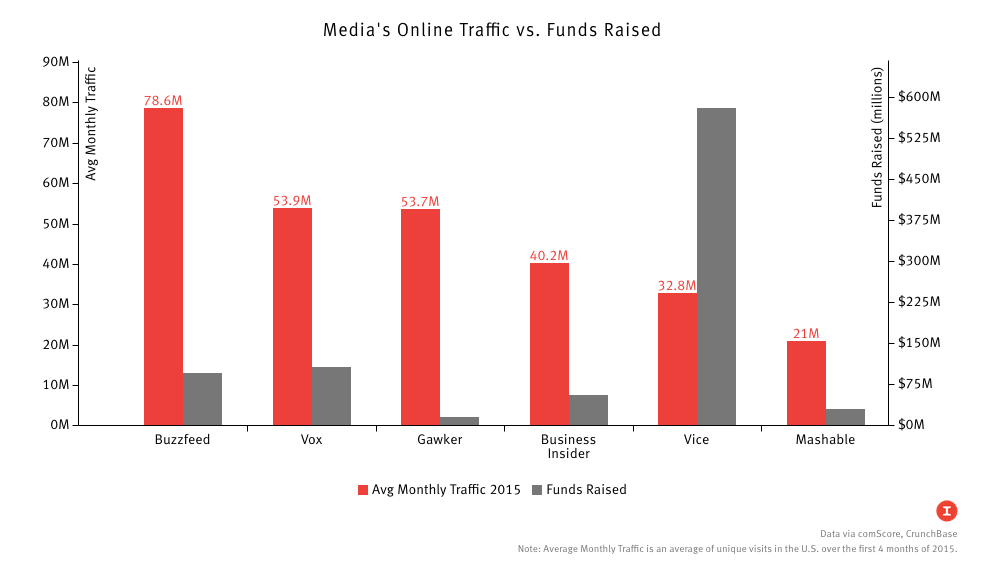 One of these things is not like the other! This graph speaks to something I think Vice has figured out that the rest of the world hasn’t: It isn’t the size of your audience that matters, it’s how you monetize it.

Instead of using venture money to scale across the entire known universe of cheap clicks, Vice has invested heavily in high-revenue content—like custom integrations and co-branded properties, and, more recently, TV and digital video. It’s also poured more resources into its in-house agency, Virtue, which helps Vice stay incredibly responsive to the needs and language of advertisers.

Of all the new media companies, Vice is also the one I’d bet is least dependent on Facebook and other platforms for its audience. That bodes well for the future. But the big wolves are circling, consolidation is coming, and the founders of Vice have been in the game for enough time to be ready for a big payout. An acquisition offer from News Corp or another media conglomerate—and the large stripper-filled yachts that would allow the founders to afford—would be hard to turn down.

Jonah Peretti has already been part of one lucrative media acquisition when the Huffington Post sold to AOL. And the scuttlebutt is that BuzzFeed has already turned down at least one huge acquisition offer because Peretti wants to take the company public. BuzzFeed’s valuation is skyrocketing based on its huge traffic growth and innovative ad model, but much of that traffic (some reports estimate up to 75 percent) comes straight from Facebook and, as such, is subject to the whims of an algorithm outside of its control.

BuzzFeed knows this and surely will use some of its ginormous new stack of cash (a rumored $250 million from Comcast/NBCU) to diversify into more bulletproof businesses like its feature film unit, news bureaus, and technology stack. For all its goofy meme-driven content, BuzzFeed is run by very smart people, and I wouldn’t bet against it pulling it off. But then again, what fun is that?

Prediction: IPO in 18 months at a $3–4 billion valuation; eventually craters and sells for $250 million when Facebook changes its algorithm.

Vox CEO Jim Bankoff is a master of what business people call “deal flow.” The company has been built almost entirely on a series of clever acquisitions that have been integrated into a larger tech stack.

Interestingly enough, that process is not too far off from how Comcast was built—a small cable operator that acquired dozens of other regional operators, largely over the course of a decade. Comcast has a bad reputation, but it doesn’t get enough credit for the difficulties it’s overcome in integrating those wide-ranging systems into a (relatively) coherent whole. Add Comcast’s already sizable stake in Vox, not to mention close to $40 billion in loose change hanging around from the failed Time Warner acquisition, and there are a couple of billion reasons to believe Vox ends up at Comcast/NBCU. 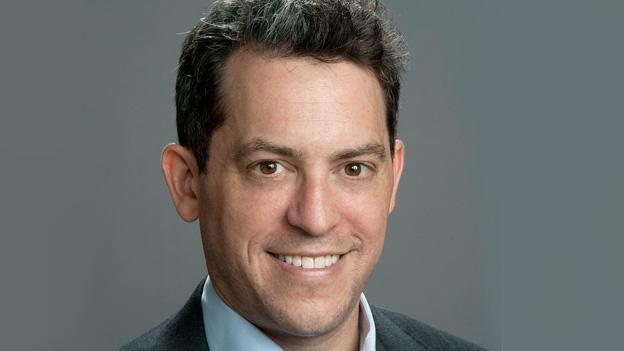 Pictured: a dude who knows how to make a deal.

Comcast sees its future as a tech and media company; its leadership understands that the cable legacy gravy train won’t last forever. Of all these companies, Vox has the best tech stack, and it’s the most aligned with Comcast’s values.

Prediction: Acquired by Comcast/NBCU in the next 12–18 months, at a valuation of $1–2 billion.

Gawker is going through a Kardashians episode-worth of drama right now, which is a lot even for them. It’s got a $100-million libel lawsuit hanging over its head, its two top editors just quit, and to make things worse, it’s in the process of moving. It’s like the equivalent of getting evicted and going bankrupt while going through a terrible public breakup all at the same time.

However, I think Gawker’s long-term issues are being overstated. People worry about a gentler Gawker, but I think its readers are far more interested in the publisher’s voice and sensibility than its aggressive digging into the personal lives of people in the media and business worlds. Gawker’s blogs have built incredibly involved and loyal audiences over the course of a decade, and those readers aren’t leaving anytime soon.

There’s been rumors that Nick Denton is looking for outside investment; where that investment comes from could very well determine Gawker’s future. An angel investor like Pierre Omidyar or Jeff Bezos could allow Gawker to grow organically and keep its voice; but a venture fund that puts too much pressure to monetize that growth could be deadly.

Prediction: The Hogan case gets settled, and Gawker reemerges 10 percent kinder and gentler, but hopefully just as snarky, with or without VC money.

Neither of these companies below has taken any venture money, so technically they don’t belong on this list—but we think they’re cool and included them anyway.

Not every company was built to make it’s founders and investors rich. The Awl was founded (and is run) by a bunch of editors who care more about publishing cool shit than scaling, monetizing, exiting, and all the other gerunds that media business people worry about. Its staff and revenue are minuscule compared to the companies above. But the funny thing is, that niche audience will become more and more valuable as everyone else plays the scale game. If I were an advertiser, I’d much rather be in front of a small group of people who care than a giant mass of faceless eyeballs.

No one understands new media better, and no one, with the possible exception of Vice, is better positioned to deliver actual value to advertisers. Also, The Onion is the best.

(Full disclosure: Gawker is a current client of Contently; BuzzFeed has been a client in the past.)