With the announcement earlier this month that it had signed a deal to create 160 pieces of content over the next year for-profit educator Strayer University, the Daily Mail made clear its intention to push the boundaries of what sponsored content can be.

While such a high volume of sponsored stories is newsworthy by itself, the Daily Mail’s engagement with Strayer goes beyond just content creation. The publisher will also be training its journalists in digital media using Strayer’s teaching materials, as well as working with the education company to create new courses.

“I think this is what’s next for sponsored content,” said Jon Steinberg, the former BuzzFeed executive who is now the CEO of Daily Mail North America. “I think we’ve found a client in Strayer that wants to break new ground with us, and I’m putting a lot of personal effort into making this great and breaking new ground with it… This takes [sponsored content] from being a chicken breast to being a whole roast chicken.” 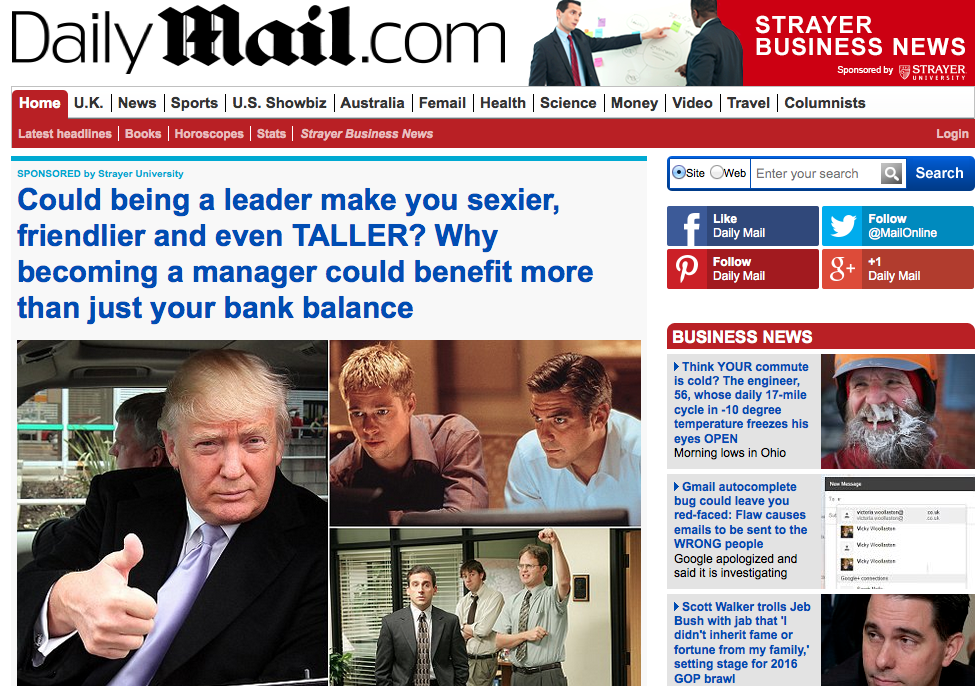 For Steinberg, the Strayer University partnership represents a landmark in the work he has been doing the past eight months to put sponsored content at the forefront of the Daily Mail’s advertising products.

When he first joined the company following a four-year run as president and chief operating officer of the native advertising powerhouse BuzzFeed, Steinberg says sponsored content was a niche product that the Daily Mail’s advertising customers needed to make a special request for.

Today, he says, it is included in all of the standard packages the site pitches to brands, a result of his firm belief in the power of the ad format.

While there are just three or four people in the U.S. office focused solely on creating sponsored content campaigns, Steinberg says all of the 60- to 70-member business team has been trained on how to discuss sponsored content with clients.

“Sponsored content has always been great advertising,” said Steinberg. ” The Daily Mail, which is a newspaper that is 120 years old, ran sponsored content called advertorials. The novelty around it has always surprised me because it’s such a historic format.”

The publication charges advertisers $10,000 per post, with a guarantee that each piece of content will get 40,000 views driven by promotion on its site. The content is created primarily by members of the Daily Mail’s editorial team, and mimics the site’s signature style of large photos, splashy headlines, and bullet points outlining the story’s most important facts.

Following its recent acquisition of Elite Daily, the site will also offer brands custom videos for $50,000 each, with a guarantee of 100,000 views on Facebook and YouTube.

It’s easy to see how using editorial staffers in the process could create a conflict of interest for reporters who have to report on a brand they have previously written sponsored content for. But when asked, Steinberg said the company’s writers know they have complete editorial independence, and that the Daily Mail’s clients know that trying apply pressure to the editorial side is unethical and bad for their reputations.

“I think that a publisher and a media enterprise have ethics and standards that transcend and sit outside the ad formats that they do,” he said. “I think that if you’re running display units only, you can allow the buyers of those display units to influence the objectivity of the journalism, regardless of whether you’re doing sponsored content. What I like to say is either you have ethics, or you don’t have ethics.”

In addition to Strayer University, the Daily Mail is has produced content for the likes of T-Mobile, Comedy Central, and BBC America. 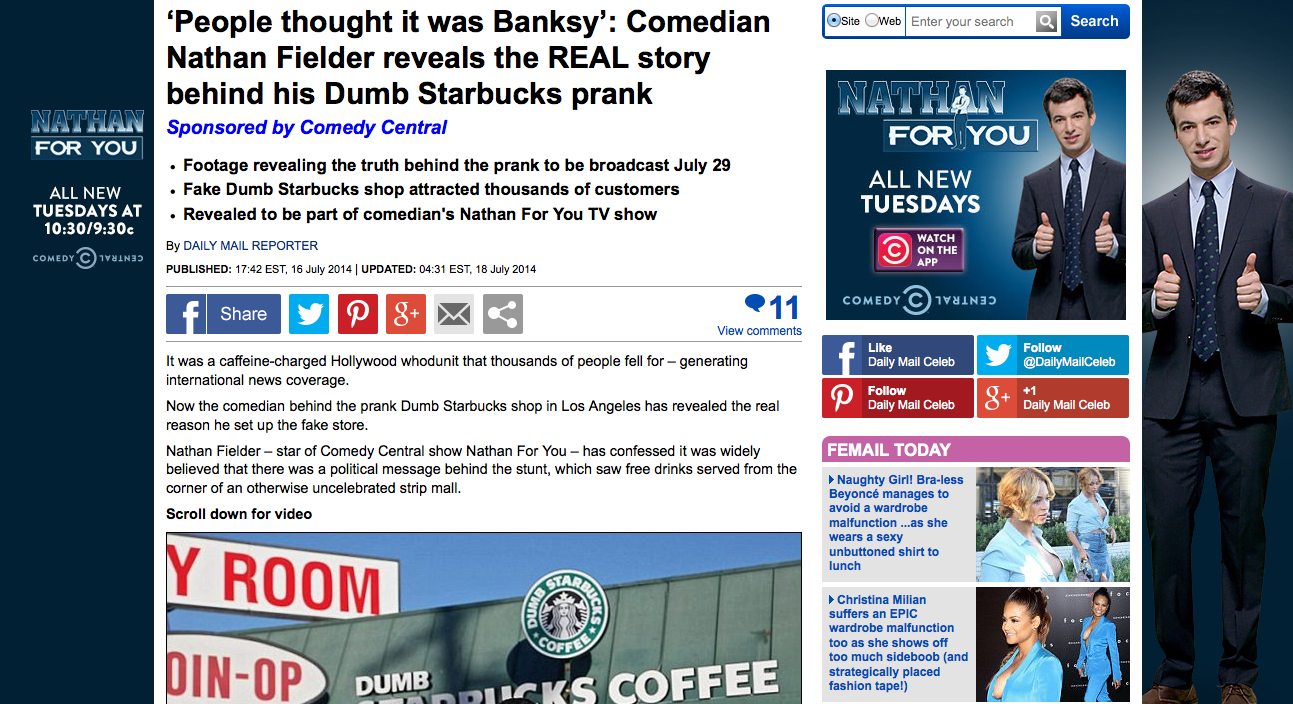 Though the business today represents only a small fraction of the company’s total revenues, Steinberg thinks the “whole roast chicken” model will help it grow to the point that the Daily Mail will be able to vastly exceed its present revenue targets.

“We’ve only put the pedal to the gas on it over the past seven or eight months,” said Steinberg. “We’re hustling, we want to explain that we can do this, and we want to prove that we can be great at this, but we’re by no means the leader in this. I think the quality of our work is leader quality work, but we’re an up-and-comer.”