British clothing retailer Roman Originals received the greatest gift in social media marketing history last week. One Tumblr user posted a picture of the Lace Detail Bodycon Dress, and when no one could figure out what colors it was, #TheDress went viral. Now, people are wondering how Roman Originals might exploit its newfound fame.

Yesterday, the image below was posted on Know Your Meme and started making the rounds on Tumblr. Today, the Sutton Coldfield Observer used the image to report that Roman Originals would be creating the dress in white and gold as a response to the big color debate.

Ian Johnson, Roman Original’s creative manager told the site, “Our in house design team are hard at work in our Birmingham studio, to reveal the first white and gold dress on Wednesday (March 4). It is our intention to auction off the exclusive dress for charity, Comic Relief to be exact.”

Given that the company sold out of the blue and black version within minutes, it only makes sense for them to give the Internet what it wants. Get ready to see thousands of #TheDresses this Halloween. Still, this story has gone largely unreported so far, so there’s a great deal of speculation about whether the Sutton Coldfield Observer‘s story is legitimate—and how Roman Originals might make their move on the market if they decide to mass produce the gold dress. 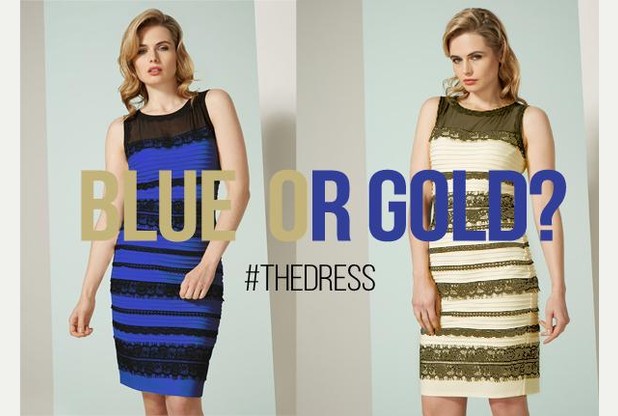 On Friday, Johnson told Mashable: “We are thinking about making a gold and white version. We already do it in other colours. We could do it quickly, but it has to go through quality assurance.”

If the retailer hasn’t planned to release the white and gold dress to the public, they should. Any brand in this situation would be wise to capitalize on the moment in the spotlight, and keeping the momentum going by feeding into unexpected audience demand.

In fact, Roman Originals could be using the attention as an opportunity to create a lot of cool content related to the item and the social media uproar it caused. Instead of letting publishers fill in the blanks, they should be directing attention back to their brand by publishing the history of how the dress was made and the science behind why we see it as different colors.

Still, the post-#Dress era is young. Roman Originals could have some surprises up its sleeves—or lack thereof.