We Puerto Ricans love to gloat about how we celebrate the longest Christmas in the world. The season starts the day after Thanksgiving and spans until mid-January for the San Sebastián Street Festival. Our traditions are a little different than the ones in the U.S.—we dream of a sunny Christmas instead of a white one, bust out the güiro and maracas, surprise-carol our friends, roast a pig, and drink coquito.

For the past 21 years, Banco Popular has produced an hour-long Christmas special that takes advantage of Puerto Ricans’ love of music and the holiday season. The special is transmitted through all major networks in Puerto Rico and in some cities in the U.S. Its ratings continue to increase each year. In many ways, my homeland’s biggest bank is inseparable from its biggest holiday.

“It became the most anticipated program at the start of Christmas,” said Euskady Burgos, creative director of this year’s production, “Que Lindo Es Puerto Rico,” which translates to “How Beautiful Is Puerto Rico.“ This year’s storyline follows five young adults—four Puerto Ricans and one American—through a road trip around the island.

For each town they visit, a genre of music is explored and a song in that genre is performed. Interviews of artists and music lovers give background of the history of the song, and naturally, the film is plush with beautiful images of Puerto Rico’s beaches, mountains, and rivers. “I wanted to create an enjoyable balance so it wasn’t not too much of one thing or the other but just like we boricuas are—a mix of everything,” Burgos said.

The music arrangements were made by Luis Amed Irizarry, and included Puerto Rican folk, rock, reggae, pop ballads, boleros, merengue, and one original song by Millo Torres titled “Que Lindo Es Puerto Rico,” which is the final song of the special.

“This last special was meant to appeal to a younger audience,” said Natacha Vale, assistant vice president of corporate communications at Popular Inc. “It was a way to show Puerto Ricans abroad all of their island’s gratuitous beauties.”

I personally watched this year’s special online in an apartment in New York, along with two Puerto Rican friends.

Reaching Puerto Ricans like me living outside the island is particularly important—there are approximately 5 million Puerto Ricans residing in the 50 U.S. states and District of Columbia, according to the Census Bureau’s American Community Survey, a figure that surpasses the population of Puerto Rico itself.

Although all the singers and musicians are Puerto Rican, not all of the songs are from the island. “El Costo de la Vida” by Juan Luis Guerra and “Incondicional” are two examples. “They’re songs that became famous here, we’ve made them our own, and are part of our culture,” said Vale.

She told me that people from the Dominican Republic, Colombia, and other Latin American countries have heard of the special and want Popular Inc. to transmit it to their country.

“Times have changed and so has the special,” said Burgos. The first special was conducted in 1965, a commemoration to one of Puerto Rico’s most famous composers, Rafael Hernández. The idea came from the bank’s PR director, and it was meant to be a one-time live show. 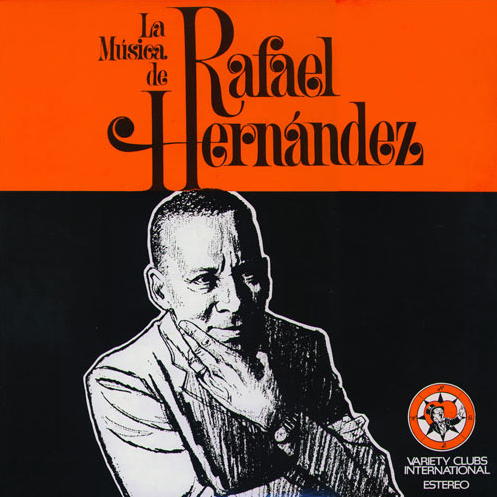 Vale explains how the first specials were dedicated to local composers, and then developed to more documentary style or storyline-based productions. She and the VP of corporate communications, Teruca Rullán, work on the special all year long.

Besides transmitting the special, Popular Inc. sells a DVD recording for $13.99 and a CD for $11.99. The proceeds go to the bank’s foundation, which gives money to music and art educational organizations such as the Music Conservatory of Puerto Rico and San Juan’s Children Choir. “The charity is a motor that pushes us to finish it every year,” said Vale.

Vale explained that Popular’s mission since the inception of the special was to give a gift to the Puerto Rican people during the holidays.

By recruiting the best talent of the island to produce content that gives insights about their home’s culture, Popular Inc. has managed to produce a yearly hour-long branded video that has become part of a nation’s Christmas tradition—a “present,” said Vale, “not only for our clients, but for the country, and for the Puerto Ricans on and outside of the island.”