This week, Shell and The New York Times launched “Cities Energized: The Urban Transition.” It’s the newest native ad by T Brand Studio, the branded content arm of the Times‘ advertising department, and it marks the first time a Times paid post has appeared in print. But don’t compare it to an advertorial.

“We didn’t recreate the advertorial and call it native advertising,” says Sebastian Tomich, VP of advertising for The New York Times. Indeed, the differences between Shell’s native ad and print advertorials—the promotional features of old that mimic editorial pages—are considerable. “Cities Energized” explores the evolution of megacities and the importance of sustainability and energy efficiency in our increasingly urban world. The project was roughly six months in the making and includes eight pages of image-rich content—with a vellum wrap to boot. “We knew we wanted to do something in print,” Tomich says, “and we wanted to make sure we did it right.”

The ad is also interactive. Readers with the Blippar app on their smartphones can hold them over the page to view the content in augmented reality with audio. “It’s a great way to bring the story to life and enhance the experience,” explains Tomich. 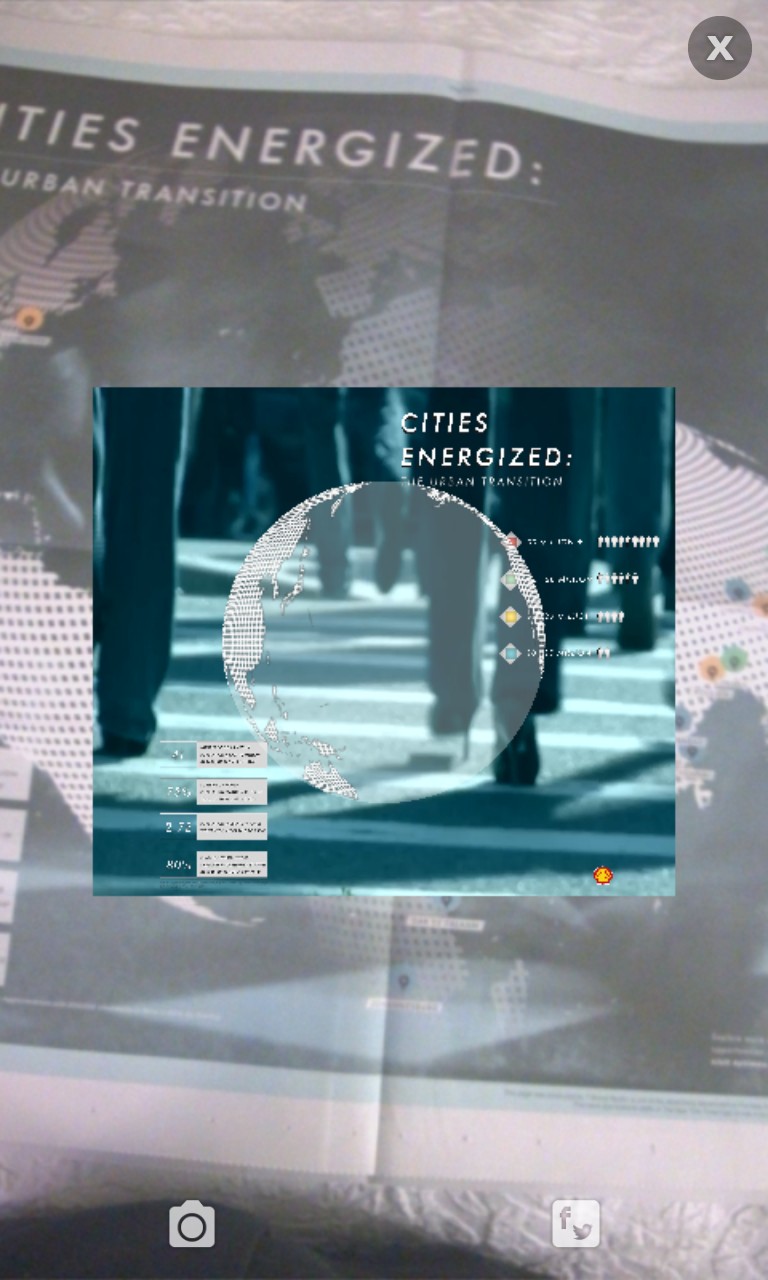 Online, Shell and the Times are offering consumers a digital version of the paid post, featuring parallax scrolling and custom data visualizations inspired by the graphic of Derek Jeter’s 342,000 swings that was produced by the Times newsroom earlier this year. There are also two full-screen documentary-style videos, one of which was filmed partly by drone to profile the city of Detroit.

“The objective of this campaign is to tell the story of urbanization and future cities in an interactive, engaging fashion,” says Jakob Reich, supervisor of digital at MediaCom, Shell’s media agency. “We seek to make use of innovative, first-to-market tactics to help Shell stand out.”

The Motor City, and its efforts to redefine itself by moving away from a car-based infrastructure to become a greener “city of tomorrow,” might be said to embody Shell’s objective for the cross-channel paid post. Shell CEO Peter Voser has said that “sustainable development remains at the core of Shell’s business strategy,” and the native ad allows the company to align itself with the notion of sustainable consumption and reduced carbon footprints. The videos included in “Cities Energized” end with a call to action to visit Shell’s global site, which talks of conservation, the future of energy, and Shell’s business products.

Says Tomich, “It’s a different tactic for an energy company to take this angle and make energy issues relatable to everyday readers.”

T Brand Studio is rapidly acquiring a reputation for being a branded content powerhouse that’s committed to both creativity and quality reporting. Since the start of this year, it has continuously added value to its paid posts with more videos, more data, and more technology. Its recent post for Dell included a new approach to animating the brand’s research data. For Cole Haan, it produced a series of video assets starring dancers with the New York City Ballet, and repurposed the clips for use on the brand’s own site.

In the case of “Cities Energized,” T Brand Studio collaborated with Shell to identify a topic and let the story grow organically as its journalists went about their research. Tomich says this allows the team to ensure its content is as current as possible.

The Times has plans for more print native ads, but the frequency with which branded content is taken offline will depend on the nature of the post. “Rather than choose the format and the tactics up front,” Tomich says, ‘we try to develop a story and then say, ‘This would work best for video, or for print.’ It’s a matter of the type of content that we’re producing.”

Part of the impetus for going offline this time, he notes, was to leverage the Times‘ massive readership to drive consumers to the web. (The print ad includes a unique URL.) “I think a large portion of our audience will do the digital experience as well. When you grab the paper, it’s going to have significant impact.”

How often can you say that about an advertorial?