The Atlantic Completes Its Rebound From the Scientology Debacle

In the American Gladiators-style face-off for branded content supremacy, Red Bull’s name is hallowed. So is The New York Times, BuzzFeed, and GE. But The Atlantic? Ever since its Scientology debacle, it’s been more punchline than pinup—fair or not.

But The Atlantic isn’t down for the count. The publisher has quietly been producing quality sponsored content, and its latest native advertising effort with Porsche sets an incredibly high standard for sponsored content; as it turns out, native advertising can be artistic and beautiful. The effort, called “The Art of the Thrill,” is smart, data-driven, and visually stunning, and anyone interested in the business of content should take a look at it.

As cool as “The Art of the Thrill” looks, how it was made is arguably even cooler. Twenty-five influencers (mostly creative professionals with large followings) were brought to a racetrack near Chicago, where Porsche and The Atlantic used a futuristic shirt called a Hexoskin to track their heart and respiration rates and body movements. Using this data, The Atlantic created visuals that show how heart rates and respiration rates change for different drivers, gorgeously visualizing the “thrill” of racing a Porsche. Sosolimited, a Boston-based design studio, made the art pieces for the campaign. 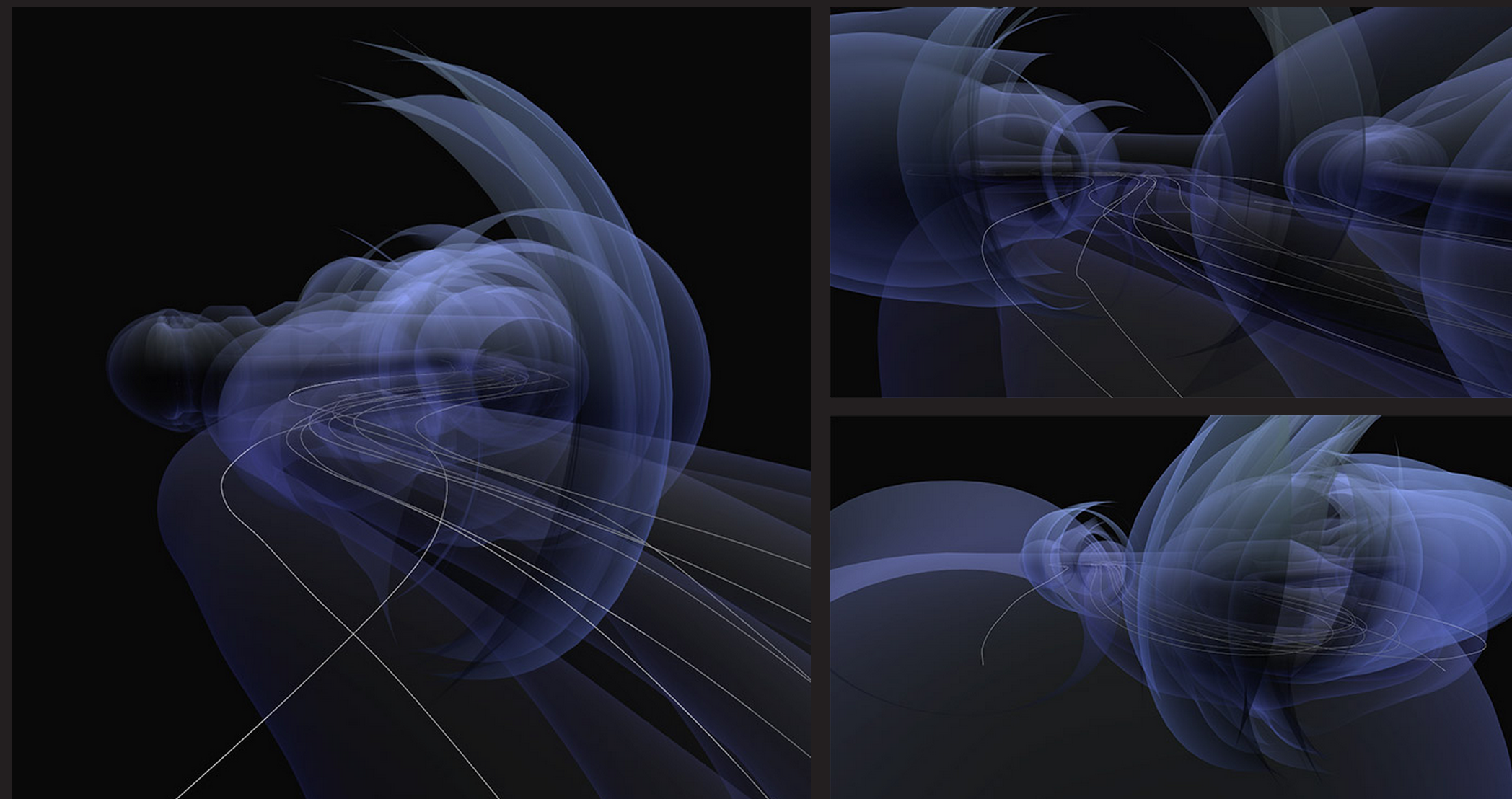 Sam Rosen, VP of marketing for The Atlantic, explained the thinking behind the campaign. “We looked at the perfect intersection of the brand and our audience and their interests and what will reflect their sensibility,” he said. “So doing just a traditional rich media campaign and putting people in a Porsche and talking how great it is didn’t feel very Atlantic.”

Instead, he explained, “The thrill is this ephemeral thing, where it happens and then it’s gone,” said Rosen. “It quickly becomes just a memory. What if we could visualize that thrill? So we said maybe we could use wearable technology to do that.”

Once the pieces were up, distribution took place on TheAtlantic.com, The Atlantic‘s social channels, and via the participating influencers, who were encouraged to share the content.

The piece works, visually and conceptually. It’s a fascinating glimpse into car racing. If you’re a car nut, it’s just decadent to see how the rides look in three dimensions based on sensor data. I would say this is the most creative and experimental piece of sponsored content created thus far. Cheers to The Atlantic for that.

The labeling and ethics of the content are also well done. The Atlantic smashes both out of the park. The labeling on the content looks like the following, with a top bar that scrolls in fixed position with the page:

This really works, with the subtle but non-abrasive highlighting making clear the content is provided by an advertiser. The form of the labeling is similar to that of theTimes, but in fact is even clearer, thanks to its use of differentiated coloring and prominent positioning.

Rosen, who joined The Atlantic after the Scientology fiasco, spoke to Contently at length about The Atlantic‘s strategy for labeling and ethics with native content.

“There were two directions could go,” he said. “”And it tries to pose as editorial as much as possible. The other line, actually, is that native has nothing to do with copying editorial content and has everything to do with making advertising amazing. And in that scenario, the content itself is so awesome that the labeling doesn’t hurt its performance. In our minds, our currency with our readers is trust. The second we break that is the second we lose our primary value to our marketplace and the world.””

So is “The Art of Thrill” the best sponsored content ever produced? Almost, but not quite.

With all that data, and such a prime set up for content creation, it’s hard not feel like some content’s been left off the table. I would have liked to have seen a longer video based on the data and the visuals that further explains just what driving a car quickly does to one’s health and physiology, comparing it to other experiences. What is it about the thrill of driving that is so irresistible? I still want to know. The Atlantic is a great place for further dissection of the phenomenon. So while the visuals look great, they’re a bit light on context.

But overall, the content’s excellent. In terms of questions of ethics and quality, The Atlantic is now leading rather than defending itself, teaching the industry best practices. Applause for that. “The Art of the Thrill” content is strong and creative. Applause for that, too. With a little more exploratory reporting and context—the two things the Atlantic already does so well—it might have been the best piece of sponsored yet. I still have to give that mantle over to The New York Times for its investigation into women inmates.

All told, it’s probably time to retire the Scientology riffs. And good to see The Atlantic not walking softly in its own shadow, but pushing the industry to create amazing content. We can’t wait to see what’s next.