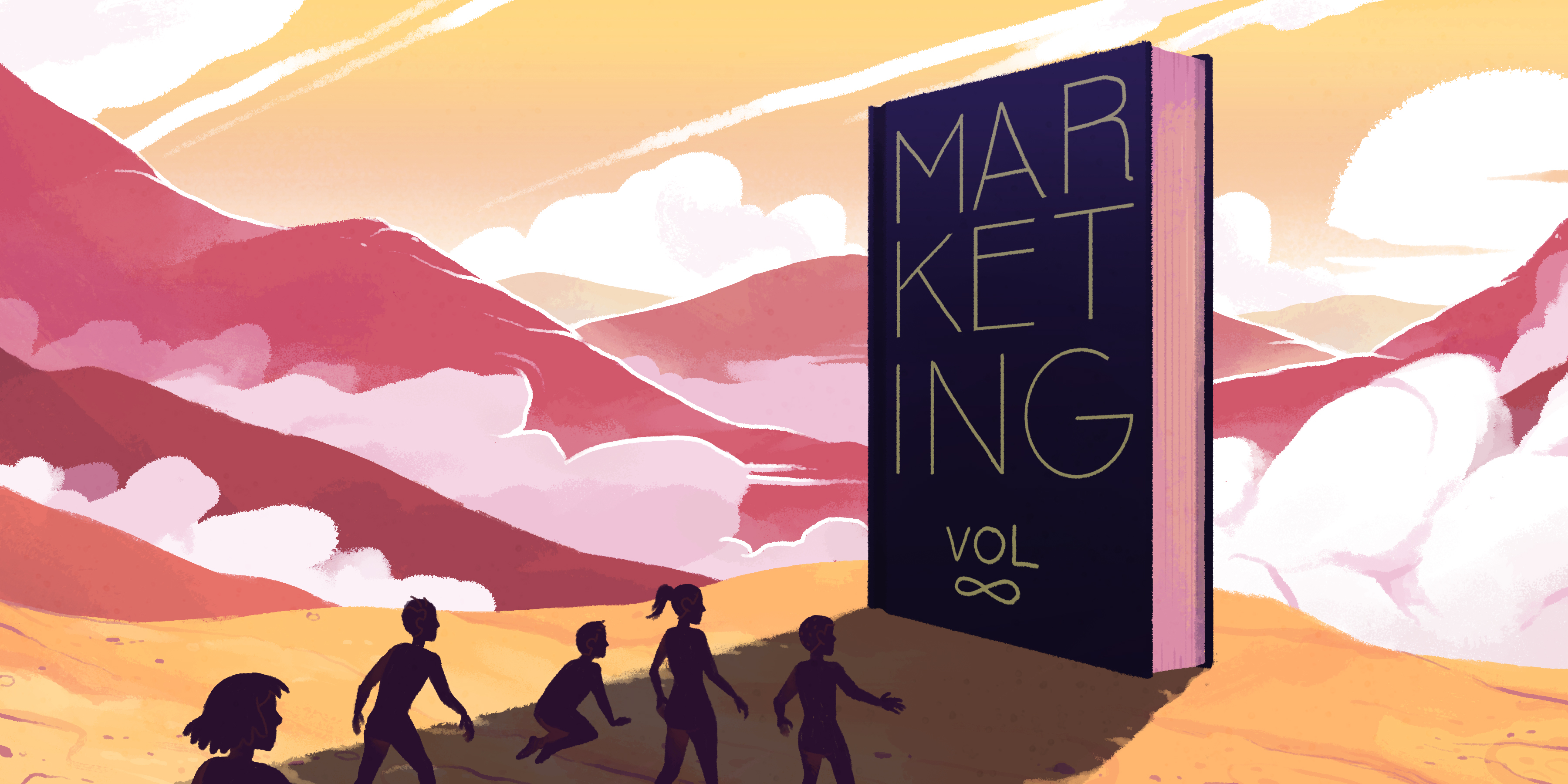 The only thing more terrifying this Halloween than your boss’s Miley Cyrus costume is the incredible amount of jargon that’s taking over the content marketing world. Have no fear: We’re here with a (very snarky) guide to the Content Marketing Newspeak. Read it.

How ‘The New York Times’ Built Its Content Marketing Machine

In just one year, The New York Times has built arguably the most impressive content marketing studio in the world. In this week’s feature story, we examine how they did it:

Last September, The New York Times hired Sebastian Tomich and gave him a critical task: Help introduce the most controversial advertising product in the 165-year-existence of the Gray Lady.

Just six years out of college, Tomich was making the career leap those in the media business dream about. As the newly minted vice president of advertising at the Times, he’d be reunited with his former boss at Forbes Media, Meredith Levien, who had been named executive vice president of advertising just two months prior. Hiring the duo wasn’t without risk. Though Forbes‘ native advertising platform had been financially successful, it had also come under some media scrutiny—from the Times and elsewhere. Read it.

‘SEO Is Not a Unicorn’: 3 Crucial SEO Tips for Content Marketers

There are a lot of misconceptions about SEO floating around the marketing world; Camille Padilla examines what content marketers are getting wrong, and takes a deep dive into three strategies that will help them up their game. Read it.

What happens when you let a major sponsor of your publication publish a terribly biased article in your publication, and then don’t even label it as an opinions piece or disclose your business relationship? Bad, bad things, writes Yael Grauer:

The Los Angeles Times called it “a corporate advertisement presented as ‘opinion.’” The Washington Post condemned it as “free native advertising.” New York magazine, Newsweek, and the The New Republic, among other news outlets, all criticized it.

This past Tuesday, Politico ran “No, BP Didn’t Ruin the Gulf,” an op-ed piece claiming the damage caused by the 2010 Deepwater Horizon oil spill in the Gulf of Mexico was minimal—written not by a credentialed journalist, but by BP’s senior vice president of U.S. communications and external affairs, Geoff Morrell. Read it.

We love content marketing, and we love Game of Thrones, so we decided to take that to its logical conclusion…. 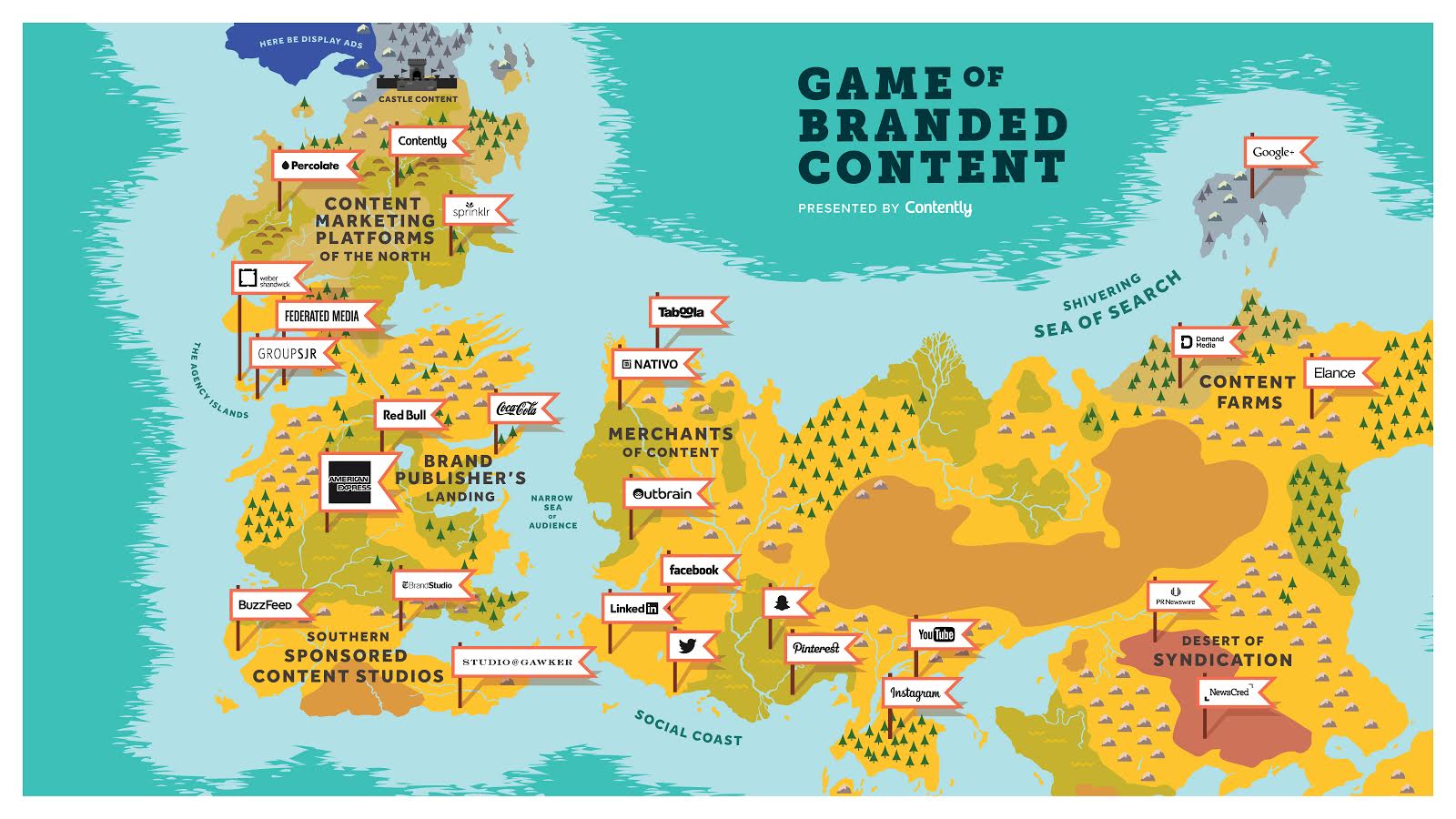 Click the post for a full-sized version, as well as the embed code. Also, here’s a picture of our VP of sales, Khaleesi Cool, pimping our map, because that’s how we do here at Contently: 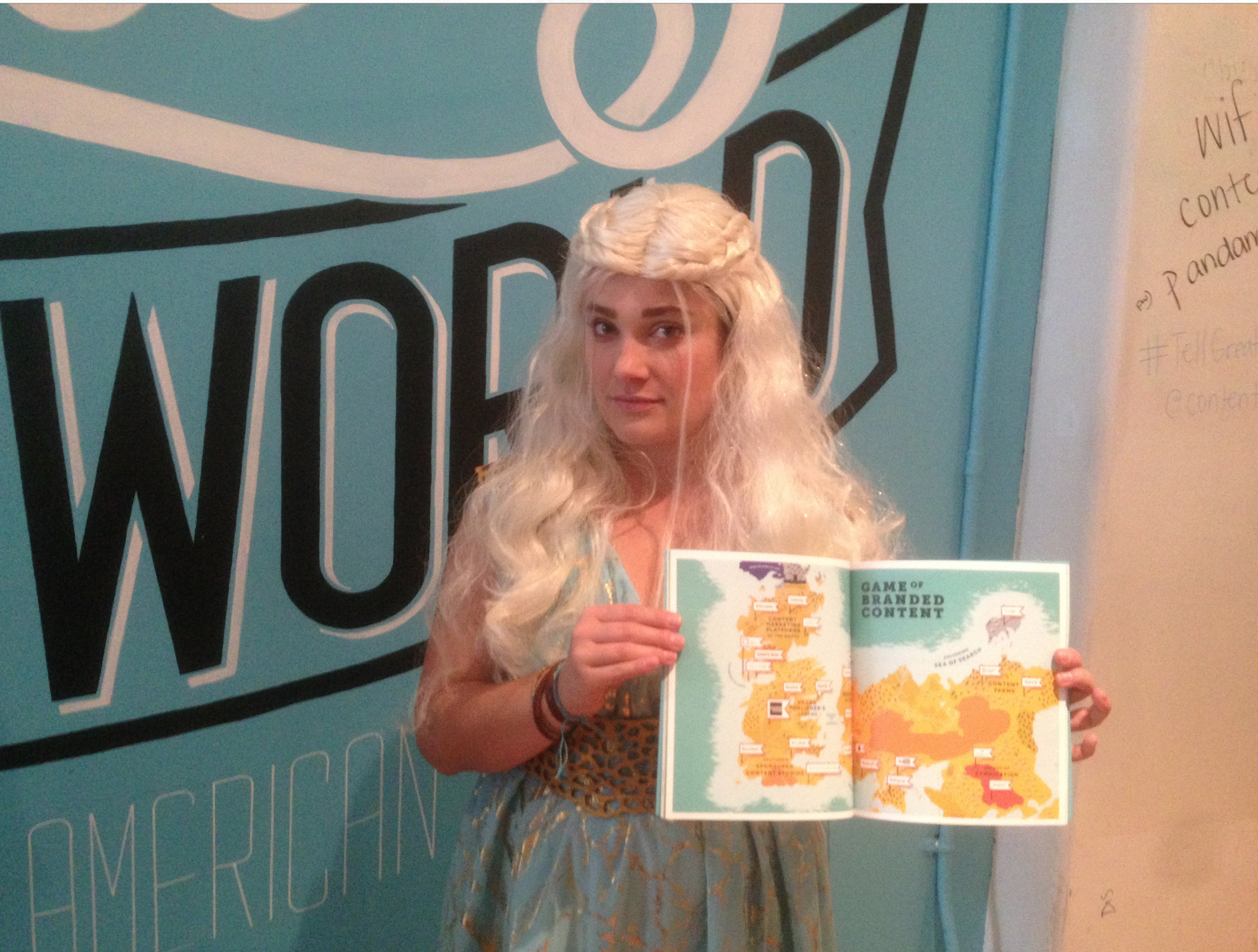