The 5 Biggest Comic Book Content Marketing Fails of All Time

If there weren’t any content marketers at New York Comic Con last weekend, there probably should have been.

For cross-platform content marketing campaigns, there are few mediums as inherently perfect as comic books. Their characters and stories speak to multiple generations of fans, and they are versatile enough to sell just about anything… if the campaign is handled right.

While comic books were incredible vehicles to market and sell toys like G.I. Joe, the Transformers, and He-Man, not all of them have been successes. We’ve seen plenty of comic-book marketing campaigns flop in tremendous fashion—particularly when they try and market something that’s not a toy. Let’s look at five that failed in spectacular fashion: 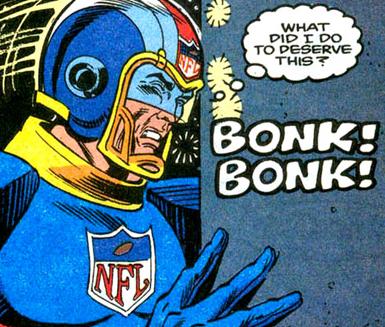 You’d think Marvel would have the good sense to pull a Rocky V and yank this one from continuity, but there it is. This atrocity, a collaboration between Marvel and the NFL, pitted a football-themed superhero against arsonists out to jack NFL merchandise. It only ran for 12 issues, but given that most readers’ eyes melted out of their skulls before they got to the first issue’s page of contents, that’s pretty good.

Who knows what Marvel was thinking with this one? The comic didn’t sell, it probably didn’t help the NFL, and it’s widely regarded as one of the worst comics ever published.

Of course, as terrible as it was, it could be ripe for a comeback. Can you say NFL SuperPro: The Movie? That could prove once and for all that everything Marvel touches turns to gold, with fans lining up to see the SuperPro save the day, wrecking shop on Roger Goodell’s condescending jawline and taking over as the pragmatic commissioner the NFL desperately needs. 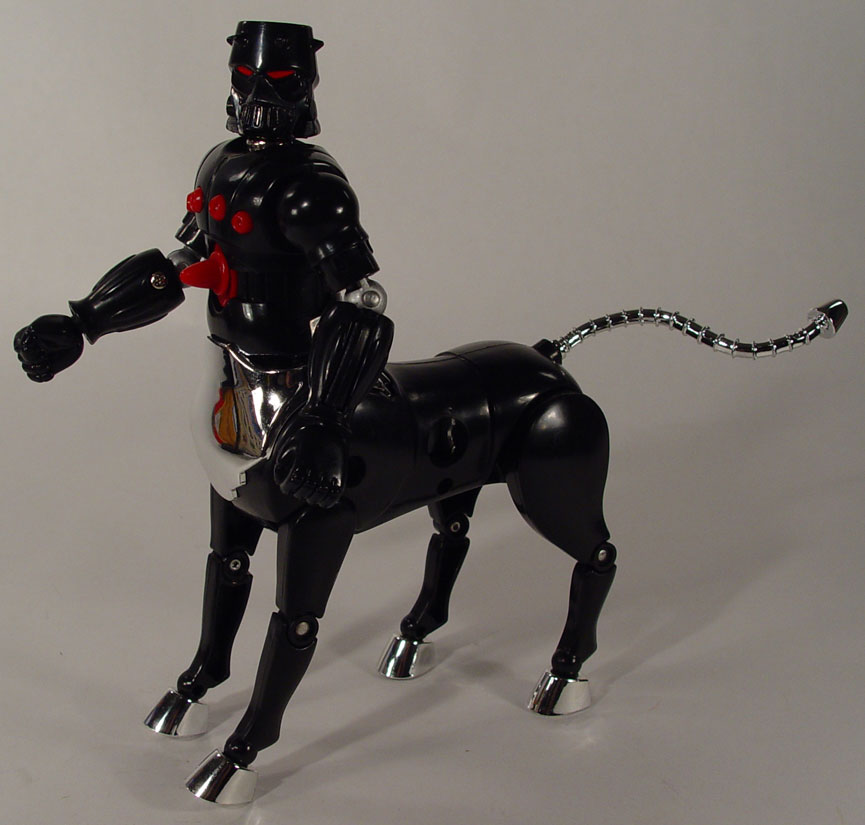 Though the toys died a quick death, the comic book ran until 1984. It was even relaunched three more times—once by Marvel in 1986, once by Image Comics in 2002, and finally by Devil’s Due Publishing in 2004. There have been rumblings about a relaunch of a Micronauts toy line, but hopefully they’ve figured out that nobody’s interested.

It’s like if a brand went out of business but its blog lived on as a thriving success—which, in the case of PetFlow, very well could happen. 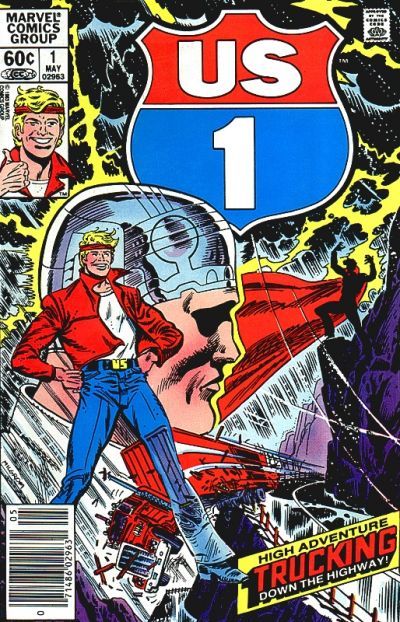 There’s really no excuse for this one. In the early ’80s, when good taste and common sense were destroyed by overexposure to Burt Reynolds, TYCO saw that every grubby-handed kid in the world wanted to get his mitts on a truck that could turn into a robot, so they attempted to emulate Hasbro’s success with Transformers by cross-marketing their toy trucks in a Marvel comic called U.S. 1.

The problem was that TYCO’s trucks just stayed trucks. And by the ’80s, if a truck couldn’t turn into a not-truck, kids weren’t interested. That went double for the comic book. Even a guest appearance by your friendly neighborhood Spiderman couldn’t keep the series running past issue 12. 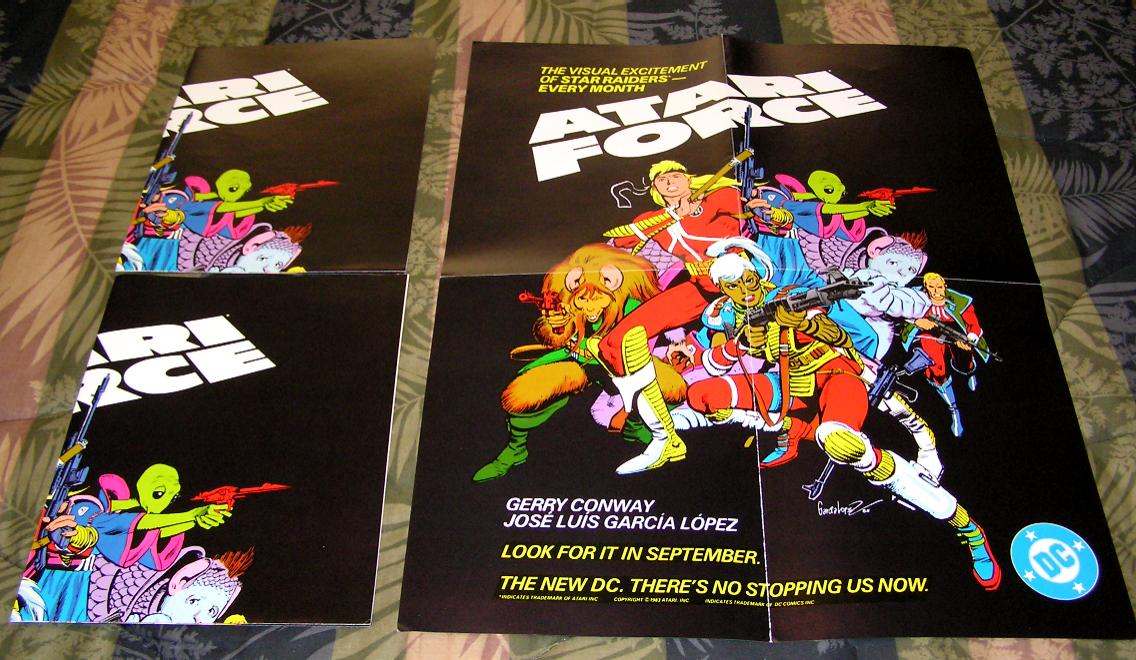 DC Comics collaborated with Atari to publish two different versions of a comic book called Atari Force. The first attempt was a five-issue run in 1982 with storylines based on games from Atari’s gaming console. The story starred a dude named Martin Champion who was handpicked by the Advanced Technology and Research Institute (A.T.A.R.I.) to lead a multicultural team of heroes that had to find a new planet to inhabit in the wake of an ecological disaster. Believe it or not, this didn’t make anyone want to play Frogger.

The second series lasted an excruciating 20 issues between 1982 and 1984. It was set 25 years after the first series, with more of a space-opera feel, and the main character was yet another dude named Martin Champion. Just add this to the list of reasons Atari’s inventory ended up buried in a landfill in New Mexico. 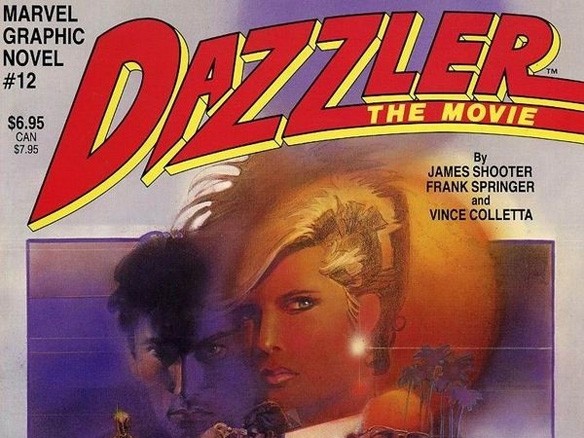 Marvel Comics really swung for the fences with Dazzler. In a move that was actually ahead of its time, Marvel intended to simultaneously market a Dazzler comic book, a Dazzler film, and an actual “disco queen” named Dazzler. It would have been quite the coup had it worked. It didn’t.

After years of creative differences, the record company tapped to supply the pop-star Dazzler bailed on the project. You’ve never seen Dazzler on any list of the worst films ever, so you know the film was never actually released. But thanks to the buzz created by all the delays, and some clever marketing, Dazzler‘s first issue, released in 1981, sold 400,000 copies. That was a huge figure for the debut of a chick whose power is to make globes of light dance to ABBA.

Dazzler became a fairly beloved member of the X-Men, but the whole cross-marketing plan was an unqualified dud. (It was always a bad idea, but the delays insured its failure.) By the time Dazzler hit the stands, disco was dead and everybody was trying to pretend we never let disco happen in the first place—kind of like with Macklemore today.