Rumor has it Google is preparing to take the native advertising plunge, which should have a big impact on the way you distribute your content.

According to AdExchanger, insiders are reporting plans that include “ad-serving support for sponsored posts on premium publisher websites, and a content recommendation engine of the sort pioneered by Outbrain and Taboola, both of which may launch in 2015.”

Essentially, content marketers will soon have another paid option for getting eyeballs on their stories. It’ll come with robust targeting capabilities, powered by the treasure trove of data collected through Google’s search engine, Gmail services, giant display network, and Android platform. The native ads would likely appear as content recommendations on article pages, similar to the offerings of Outbrain, Taboola, Polar, Gravity, nRelate, and other paid discovery startups. 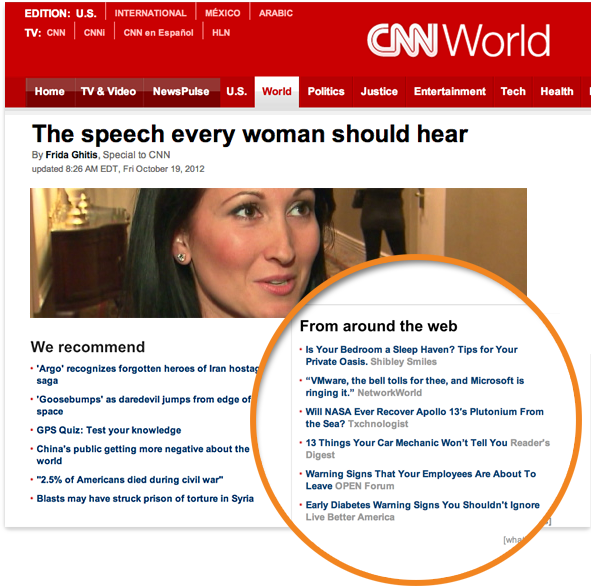 Google diving into native shouldn’t come as a surprise; after all, Google’s text search ads are the granddaddy of native advertising online. And last year, Google’s Neal Mohan announced the company was “already testing [native format] capabilities with a handful of publishers and will be looking to expand in the coming months.”

For Google, it just makes sense from a business perspective.

“Right now the press and everyone is saying that display boxes and rectangles are bad. And that’s what Google does,” Ryan McConville, SVP of publisher partnerships for mobile ad platform Kargo, told AdExchanger. “If everyone wants to do in-stream, in-feed advertising, and are using vendors like Nativo and Sharethrough, then Google needs to add that capability.”

Competitors such as Nativo, Outbrain, and Taboola are likely feeling the heat already; for content marketers, it’s a fever dream. Serving the perfect piece of content to the perfect user may soon become significantly easier—and potentially cheaper.

“The moment that Google says, ‘We have a solution that’s half the price of Polar,’ what’s the reason not to switch?” Edward Kim, founder of the publisher social analytics tool SimpleReach, asked AdExchanger.

“The game is getting aggressive,” added Kim. And that, he says, is “great for the publishers.”