The Financial Times on Why They Embraced a New Ad Currency: Time Spent

“Engaged time” has been one of the biggest buzzwords in the media universe of late, as publishers and brands seek a unit of measurement that accurately values how much time people are spending with content. It was a hot topic of conversation during Creativity Week and Columbia’s Data Conference, but until ads begin to get bought and sold based on something other than CPMs and clicks, it will be just that—a topic of conversation.

Recently, however, the media world saw a big breakthrough.

“Quality comes with great service, great ideas, and an appropriate currency,” said Slade. Our full conversation can be found below: 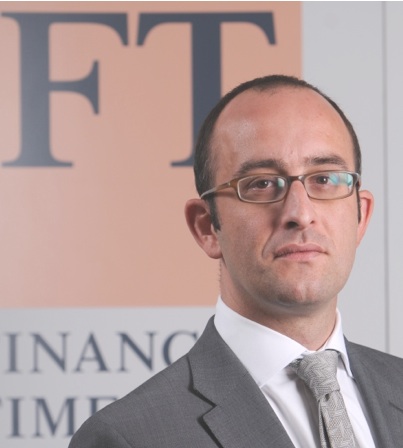 So, why are you doing this?

It’s still something of an experiment. We have a hypothesis we want to prove: that the longer you show somebody a piece of brand creative, the more resonance that piece of content has with an audience. That’s normally not how we value advertising; we’re talking about an attention economy. I quite like it because it says to me that all of the time we spend engaging with our audience building great experiences, putting a great environment in place, remains the focus of our game, the card we’re playing.

Are we honestly saying that there’s no difference to the brand between one second of exposure and five seconds of exposure? Logic would say: Let’s start to value the amount of time spent with a brand.

Why do this now? Have we reached the right moment when the technology is ready?

The technology is ripe. So is the conversation about viewability and the idea that if an ad is not seen, then it shouldn’t be paid for. But most importantly, in my conversations with brands and agencies, they are increasingly seeking quality. I think we’ve been in an environment where ads have been commodified and brands now know they can buy cheap, but cheap is not necessarily what they want. Quality comes with great service, great ideas, and an appropriate currency, and we think this shift reflects a meeting of those forces.

We think there’s real logic in what we’re doing here. Financial Times readers are spending six times more time with the site than on other business news sites. We can say, ‘We have 30,000 hours of CEO time on the Financial Times; how much do you want for your conversation?’

How does this metric work?

The trials we’re doing during the summer are two-fold:

1. From an operations perspective, how do we find that inventory and deliver it efficiently? We’re working from a hypothesis that one hour is our currency, with a minimum of five seconds of exposure. So we could sell you 720 impressions at five seconds or other lengths of exposure, depending on the total time you would like. Our task during the summer is determining how to find and sell the five seconds of time to C-level executives the right way.

2. The second experiment is to see if we prove the efficacy of doing this. Can we prove that if we do this for a period of time, there is a greater impact for the brand? We’re working with a research company to run controlled tests to determine how much time has the best bang for the buck for the brand over the older pageview metric. Then we can prove a better value.