Every month, Google posts a list of the top brands on YouTube. It’s a feather in the cap of agencies and media buyers who put hard work into a compelling ad.

Yet not all ads on the leaderboard are created equal. Its criteria for ranking are based purely on pageviews, a metric we’ve declared dead on arrival. YouTube also has a separate leaderboard called the “Brand Channels Leaderboard,” which is explicitly set up to measure deeper engagement metrics and not just views. So why does the board based on simply pageviews still exist?

We talked to a major media buyer who used to get his clients top leaderboard status in order to prove that his ads were a job well done. But as it turned out, the board didn’t mean much. “It’s a marketing tool to promote the TrueView product,” the anonymous buyer explained.

Viewers currently have to watch an ad for a significant amount of time to be counted in the total views. This is the “TrueView” metric, a name given to the program because YouTube only charges advertisers for viewers who let ads run past the “skip” point.

That’s all fine. It’s actually so fine that Mary Meeker, in her 2014 Internet Trends report, explains that it will be a win for advertisers creating great content. That’s good news. 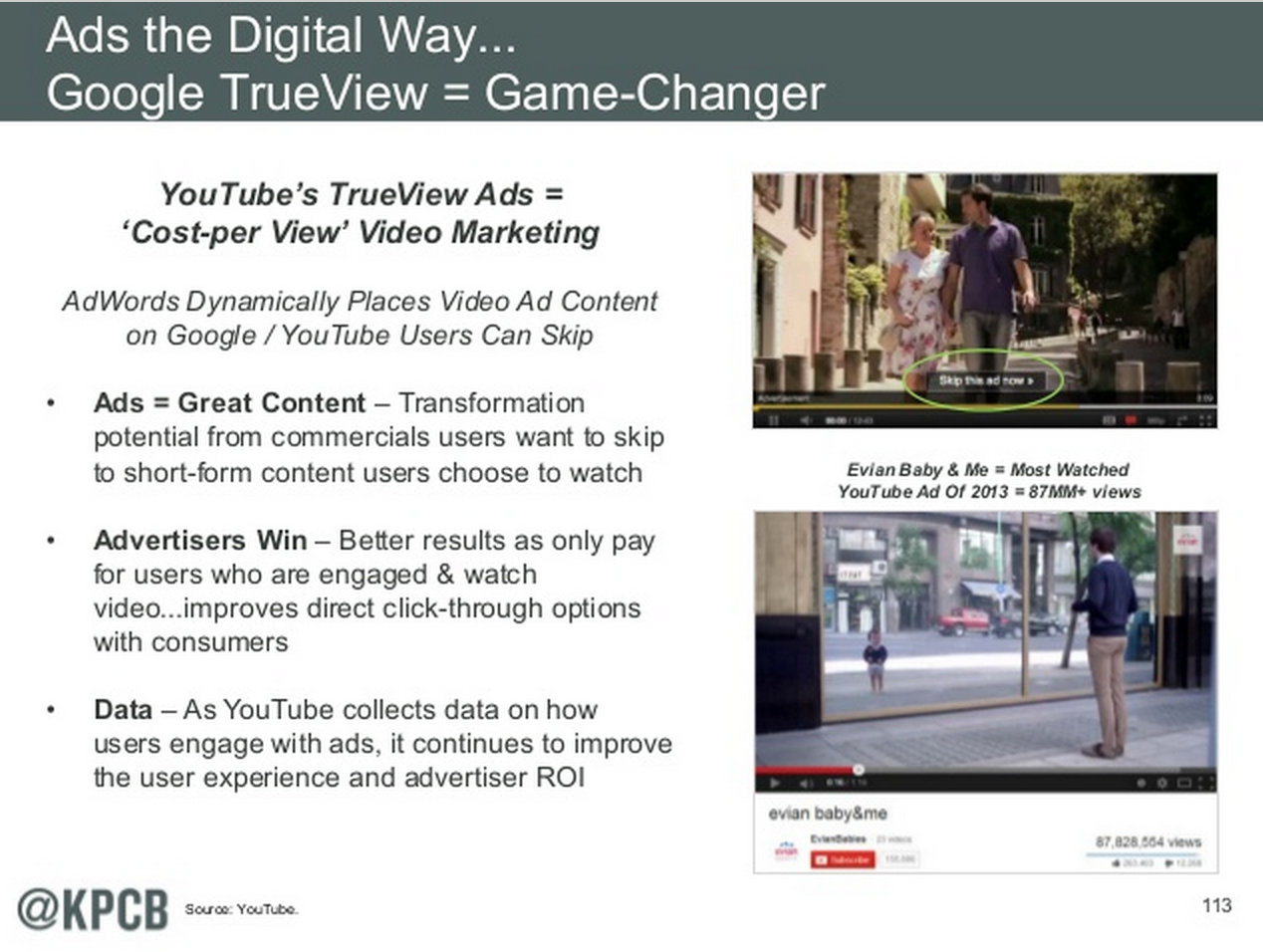 But what’s not good news is that the YouTube Brand Leaderboard doesn’t accurately reflect the performance of branded content; it’s not clear which branded videos are getting views because of paid distribution, TrueViews, or organic reach. “Brand managers on the client side are telling their agency that they want to be on these leaderboards as a status thing,” said our media buyer. “And the more views they have, the more likely the video will be shared out organically.” As a result, there’s a good chance that the board is in the pocket of the brands willing to pay for tons of paid placements.

Samsung’s Galaxy S5 video perfectly illustrates this issue. One of their promotional clips made it to number two on the leaderboard. However, it seems unlikely that many people were organically seeking out videos of the Galaxy S5. “Samsung and Apple fight to get that top spot,” said the media buyer. 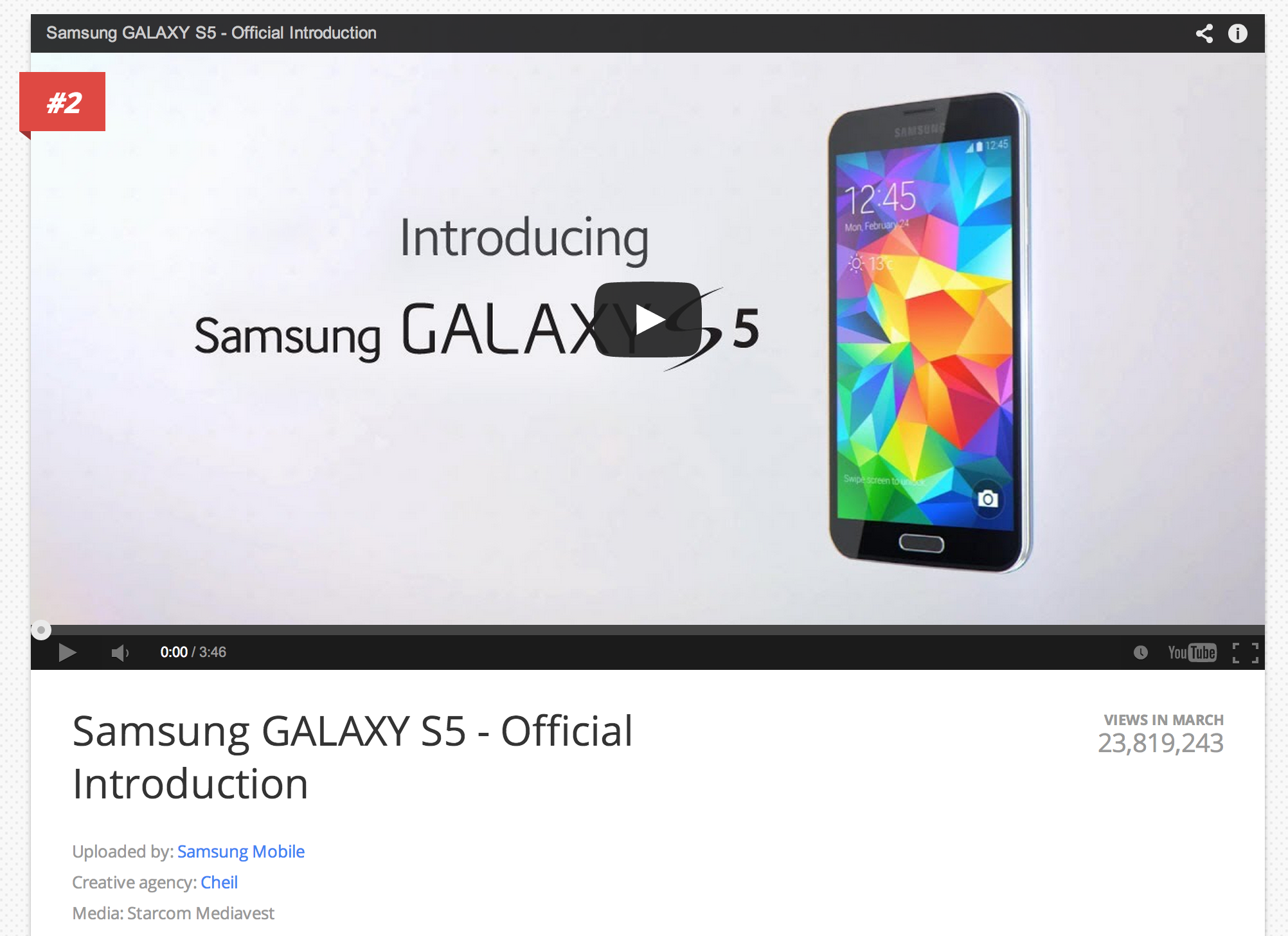 This is why our anonymous media buyer says the board is kind of a gag. It’s more of a gift from Google to its top advertisers than an indicator of what’s best on the platform. Google could fix this, of course, by highlighting organic views, reach, or subscribers, just as it does with its other leaderboard. If only for the sake of the creators out there, let’s hope it does.