Every now and again, we’ll get sent an invitation to something fun, and if it’s vaguely content marketing-related, we’ll send someone from Contently to report on it. When we got an invitation for Playing House’s “Tweet-a-Lanche” party last week, we knew our new Social Media Editor Amanda Walgrove was the perfect person for the job.

We’ve crossed the finish line in the tweet-a-thon and been swept up in the tweetnado, but last week, USA Network took social media lingo to a new level with the “tweet-a-lanche,” a call to action for everyone with functional fingers and a smartphone to pummel their followers’s Twitter feeds with user-generated excitement.

To build hype for the launch of its new comedy series, “Playing House,” USA Network turned a suite on the fourth floor of a Broadway building in New York City into its own clubhouse of premiere-viewers and live-tweeters. On April 29, guests were invited to join the stars in watching the first two episodes as they aired at 10 p.m. ET. The one condition? You had to tweet. 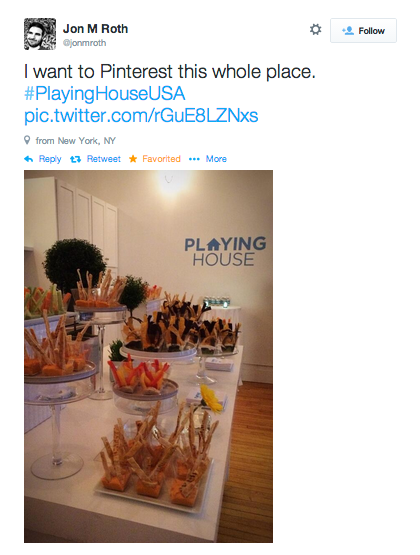 Spiffy event staff in matching gardeners’ outfits primed attendees to let loose and tweet wild with dranks and finger foods—all show-themed or seen on the show itself. Those elements all contributed to a celebration that was smartly, cleanly, and thoroughly branded with the “Playing House” logo—bathroom mirrors included. 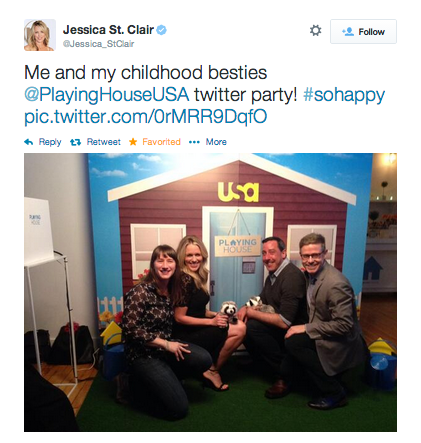 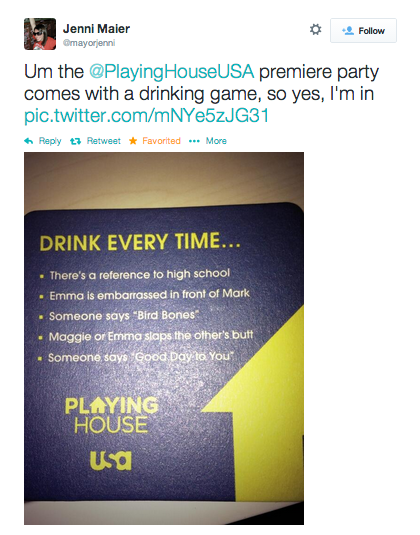 At showtime, creators, stars, and real-life besties @Jessica_StClair and @lennonparham were perched on their social media thrones, each armed with a laptop and unobstructed view of the TV screens to lead the live-tweeting. Viewers were encouraged to tweet at and follow the two stars, as well as the ringleader, @PlayingHouseUSA. All while using the #PlayingHouseUSA hashtag, of course. 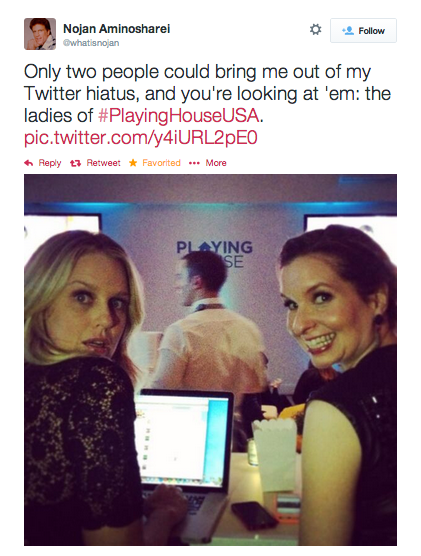 Aside from the stars themselves, some notable faces populated the event—and, more importantly, the #PlayingHouseUSA Twitter tag—such as Girls and Book of Mormon star Andrew Rannells and Improv Everywhere mastermind Charlie Todd. 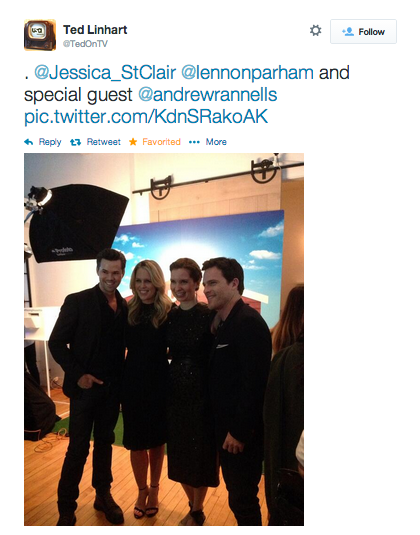 Basically, the premiere was cause for one big comedy nerd-fest. But what mattered most was the those comedy nerds knew how to tweet. And tweet they did! Halfway through the first episode, some dude in the back of the room yelled, “WE’RE TRENDING,” to laughter and applause. 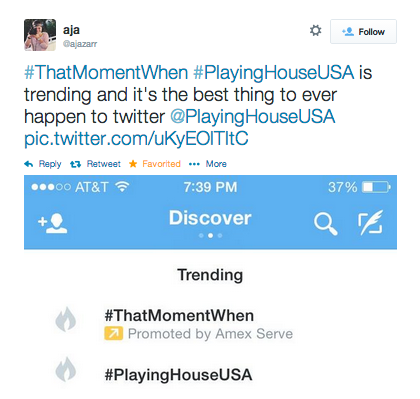 In fact, #PlayingHouseUSA trended in the U.S. within just 20 minutes of the first episode airing. So, if the tweet-a-lanche campaign was aimed to get the show on the Twitter map, it looks like it worked. 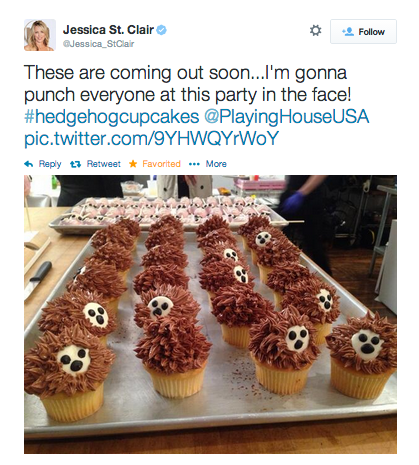 (Note: I did not receive a punch in the face from Ms. St. Clair, but I was given a hedgehog cupcake.)