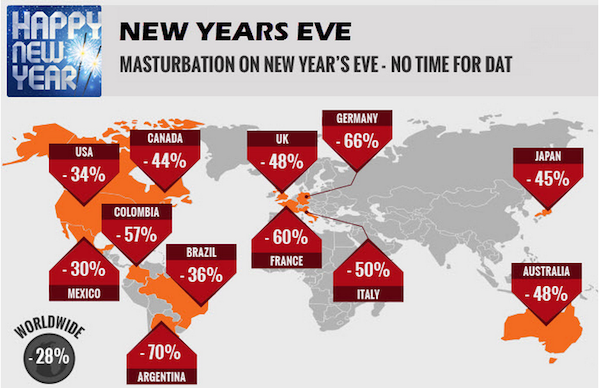 PornHub’s results are fascinating. In Canada, for example, users spend the most time on the site in January. Monday registers the most visits, while Sunday receives the least. Also, on Canada Day, the country’s annual July 1 holiday, the site reported a decrease in traffic in every province. 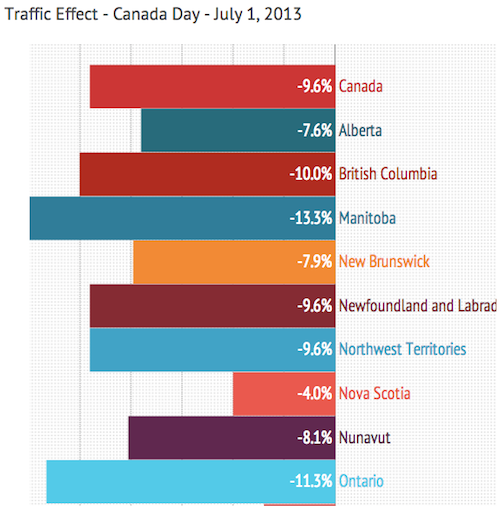